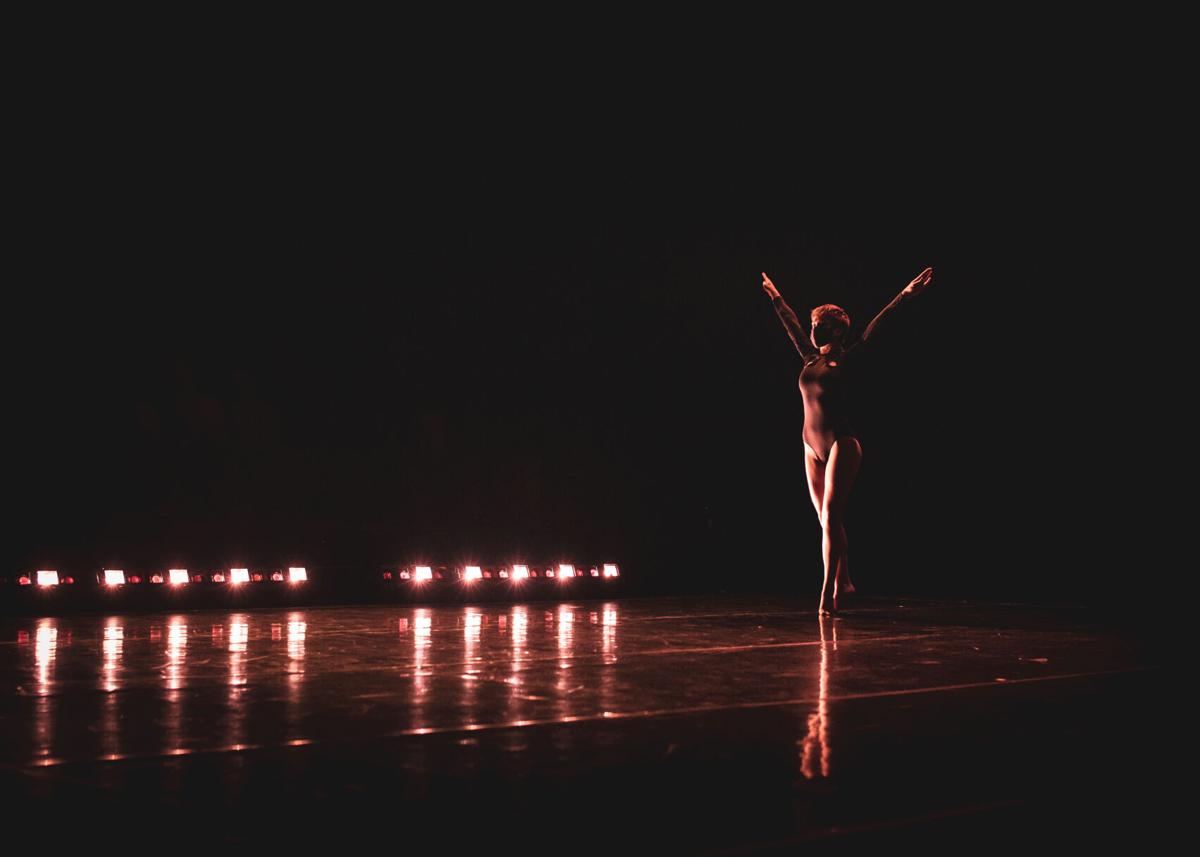 Stage lights illuminate University of Montana dancer Noelle Huser as she performs her dance in a rehearsal for the end-of-semester concert, Dance Up Close. 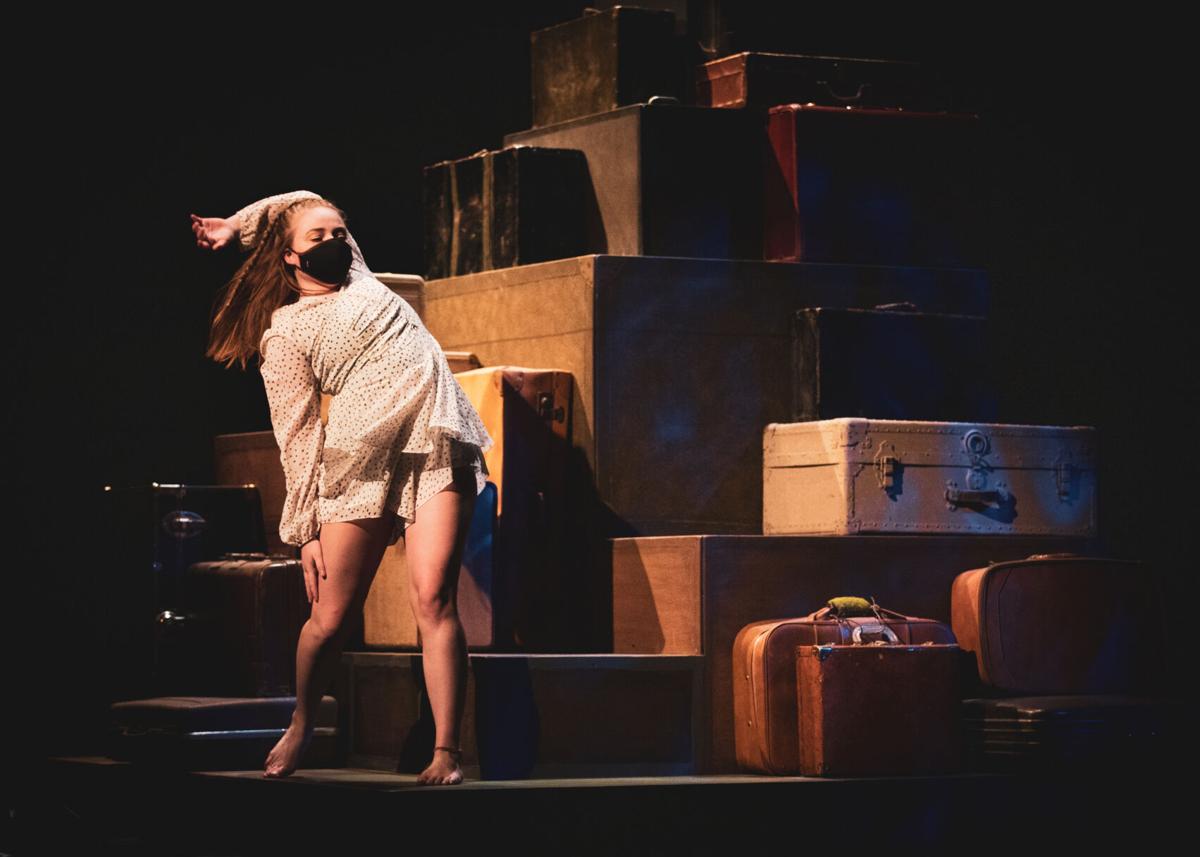 University of Montana dancer Regan Tintzman climbs a mountain of luggage during rehearsal for Dance Up Close. The dance was choreographed by Megan Johnson.

The University of Montana’s theater and dance program is set to present “Dance Up Close,” a series of 10 solo dance performances and compositions on demand starting Nov. 12, and available until Nov. 22.

It is more important than ever to support local artists, series producer Heidi Eggert said. The show will be a combination of things the producers have never seen before.

“Art is how life is documented,” Eggert said. “The dances in the series are made now.”

The show was choreographed and performed by students at UM. Half the dances were made in the Masquer theater, and the other half were screen dances specifically made for film, Eggert said. Not only was the show made by students completing their BFA or BA Senior Creative Research projects, they also collaborated with Design & Technology students to bring complex visuals to life on screen.

Like everyone who is going through the pandemic, performers struggle with ups and downs in the process and those are depicted in the choreography and performances.

“The struggle will be exhibited, but also optimism,” Eggert said.

The dances made specifically for film were choreographed to appeal to the cameras, something Megan Johnson, a senior choreographer, has not experienced before.

“I am very pleased how it came out on camera,” Johnson said.

The silver lining behind the struggles of producing this series online is that it has the chance to reach a wider audience than the amount of people who can fit in the theater.

“You can do it from home, you don't have to leave your house,” Johnson said.

The producers and students persevered through these hard times so that they could relate their struggles to the audience who wants to tune in. Though an annual performance, this show will be the most special series they have ever produced, Eggert said.

With the sun fading fast, the warm light shining on the lonely ceramic art began to seep into five empty folding chairs that congregated outsi…