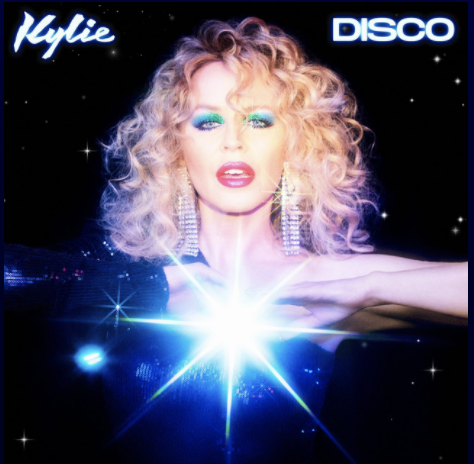 Do you know that feeling when a friend shows you a song they love and you pretend to like it so you can validate them? But then they take your lackluster enthusiasm as ardent devotion and make you listen to the entire record? And you’re just sitting there wondering if this is what purgatory feels like?

That’s what listening to Kylie Minogue’s latest album “Disco” is like.

This may seem harsh if the only new Minogue music you’ve heard in the past year was her fantastic single, “Say Something,” which was released as a groovy summer track in July. And it would be if “Disco” wasn’t such a blood bath (you know, like Disco Bloodbath. We have fun here).

“Disco” is boring. There’s no push and pull, no storyline, nothing to keep listeners engaged. Instead, it’s a bunch of songs that sound like a middle-schooler attempting to belt out unreleased Lady Gaga hits and doing it really, really badly.

“Disco” sounds like a pop record but in the worst ways. It’s as if Minogue’s producers combined all the standard pop formulas, like catchy choruses and simple verses or electro-dance influences, mashed them all together, and then threw the finished product through a meat grinder. It has no heart, and it leaves me feeling bad for Minogue, who was still a certified pop star in my mind up until my first listen.

The instrumentals try to get funky but never commit, leaving listeners in limbo. It’s the feeling we get when we wait for the beat to drop in a song, but it never does.

We spend the first nine songs waiting for the record to match the energy of “Say Something.” It never quite gets there, even with some standouts like “Dance Floor Darling” and “Till You Love Somebody.” Those standouts work because they FINALLY match the energy we were expecting, instead of settling for low-tempo half-hearted tracks. But then those tracks finish, and it’s almost like someone is making fun of us. Giving listeners three songs that are good on a 16-track record feels a little sadistic, if we’re being honest.

Minogue’s 1980s emulation doesn’t feel like she’s reaching into a grab bag, trying to get something that might win her some praise. In fact, it sounds a lot more authentic than some of the synth-loving new artists who try to get us to jam with old techniques they don’t really understand. And if Minogue’s voice wasn’t so lackluster, yet so prominent on the record, it might have made a bad record good.

Don’t get it twisted, you don’t need to be a superstar vocalist to be a talented artist. Autotune exists for artists who can’t carry a tune in a bucket but are devoted performers or fantastic instrumentalists or casual visionaries. But Minogue’s nasally voice gives listeners like me goosebumps, and not in a good way. “Disco” is a non-stop ode to bad vocals.

Maybe I’m not Minogue’s intended audience with “Disco.” But I also know that listening to this record in its entirety shouldn’t have felt like waiting in line at the DMV. And when I went back to listen to it again, I had to turn it off because it just left me feeling anxious and frustrated. That should never happen, even if I’m not a Kylie Minogue superfan.

Sometimes, an album knocks you off your feet. And today, that album was “wilted,” the debut from Paris Jackson. Yes, that Paris Jackson, the d…

We wish we could say this semester is going to be different (read: better). We wish that when the clock struck midnight on New Year’s Eve, we all would have woken up from a “Groundhog Day”-lev…

Why does the gaming industry hate us?

Christmas was meant to come just a little early for some this past year. Renowned developer CD Projekt Red were about to triumphantly ring in the holiday season with the highly anticipated “Cy…

Dr. Kenneth Chatriad took a break from his work to wipe down the 12 smooth, light blue plastic chairs spaced out in a Curry Health Center hallway. Chatriad, the center’s pharmacy manager, walked through his newly constructed immunization center. Though it was hard to tell under his mask and …