The UM Pacific Islanders Club performed a hula dance and chant on the Oval in celebration of Indigenous Peoples' Day on Oct. 12, 2020. This was one of several events that took place throughout the day, including a flag-raising and talks on Zoom. 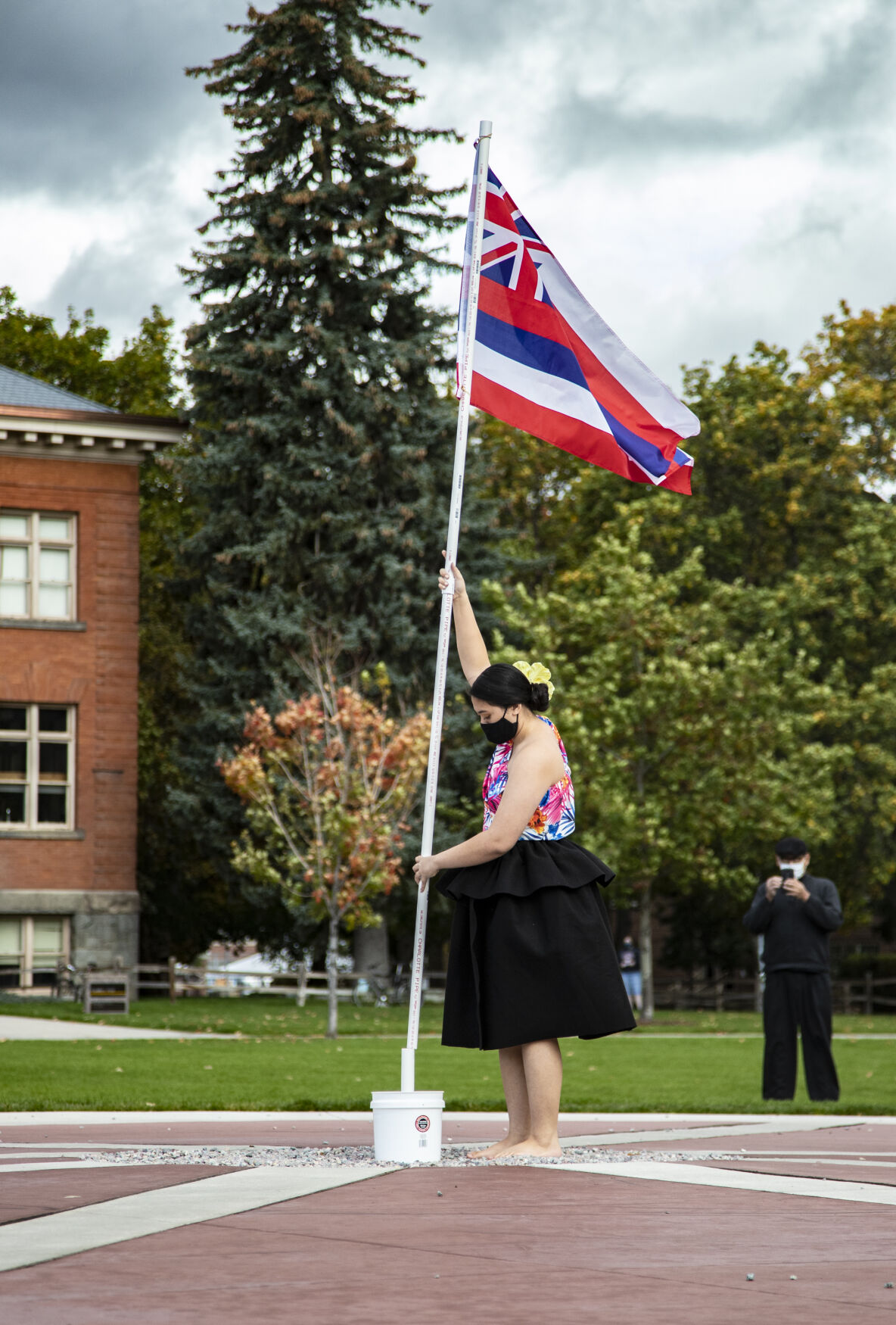 A member of the UM Pacific Islanders club places a Hawaiian flag in the center of the Oval before the club's performance of a hula and chant. 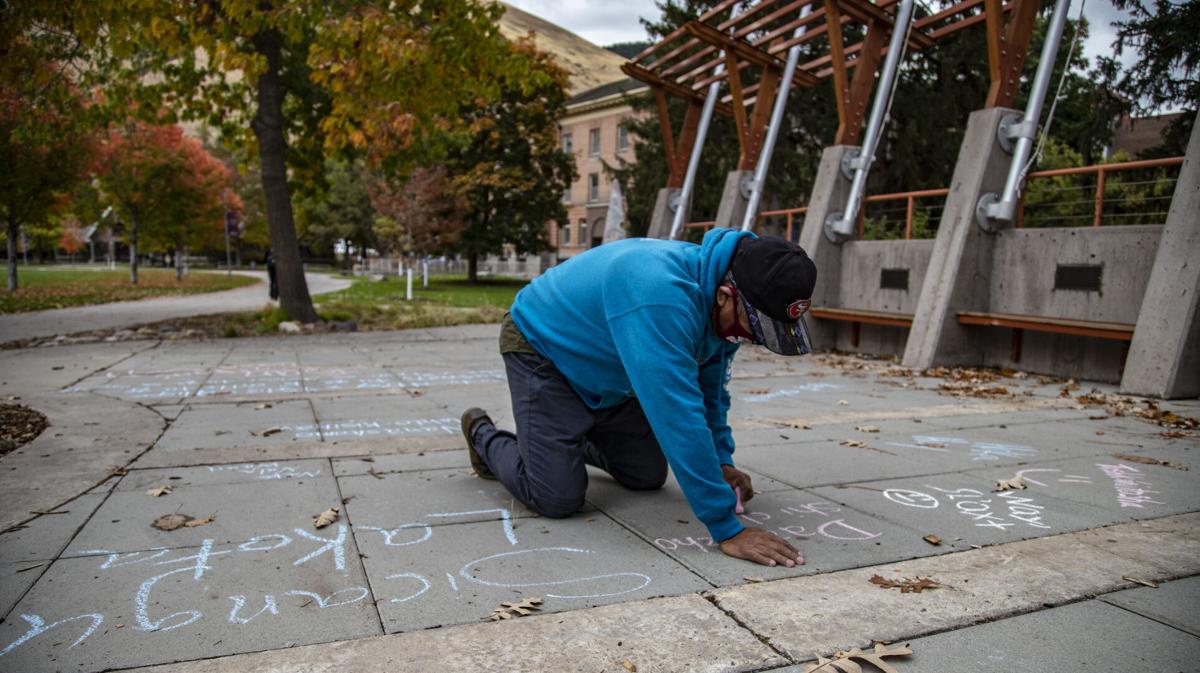 David Velarde Junior writes "Daanzho Shi Chonii Annle" on the sidewalk outside of the Payne Family Native American Center on Indigenous People's day. This phrase means "Hello my friend, just do it." Velarde learned this phrase being a member of the Jicarilla Apache tribe.

Members of the Pacific Islanders Club walked single file from University Hall to the Oval’s center on the cold afternoon of Oct. 12, carrying with them the Hawaiian state flag. They planted the flag in the center of the Oval, and their chant filled the air as a crowd watched the ceremony commence.

Ahina Jr. said that the final chant was meant to give thanks and gratitude to the people and spirits that traditionally inhabited the land. The Oval sits upon Salish land, and the club meant to honor them with its chants.

Indigenous People’s Day, which has become a counter-celebration to Columbus Day, celebrates and honors Native American people and their culture.

“I think it's just super important to show that Native people, and Native students on this campus are visible and a part of the campus community,” Jordynn Paz, program coordinator of the American Indian Student Services, said. “And also to establish our own community as Native students on this campus, because this is a predominantly white campus.”

Paz is a member of the Crow Tribe and graduated from the University of Montana last spring with a degree in journalism and Native American studies.

UM sponsored a series of events to honor the aboriginal territories of the Salish and Kalispel people — many of whom are students, employees and alumni of the University.

Most of the day’s events involving Indigenous people happened over Zoom conferences. The hula dance put on by the Pacific Islanders Club was one of UM’s only events that occurred in person, a welcome change from sitting in front of a camera on Zoom classes.

“We're being boisterous, and we're being louder than ever before because it's important to be existent in this land and the place that we stand on in this world,” Ahina Jr. said.