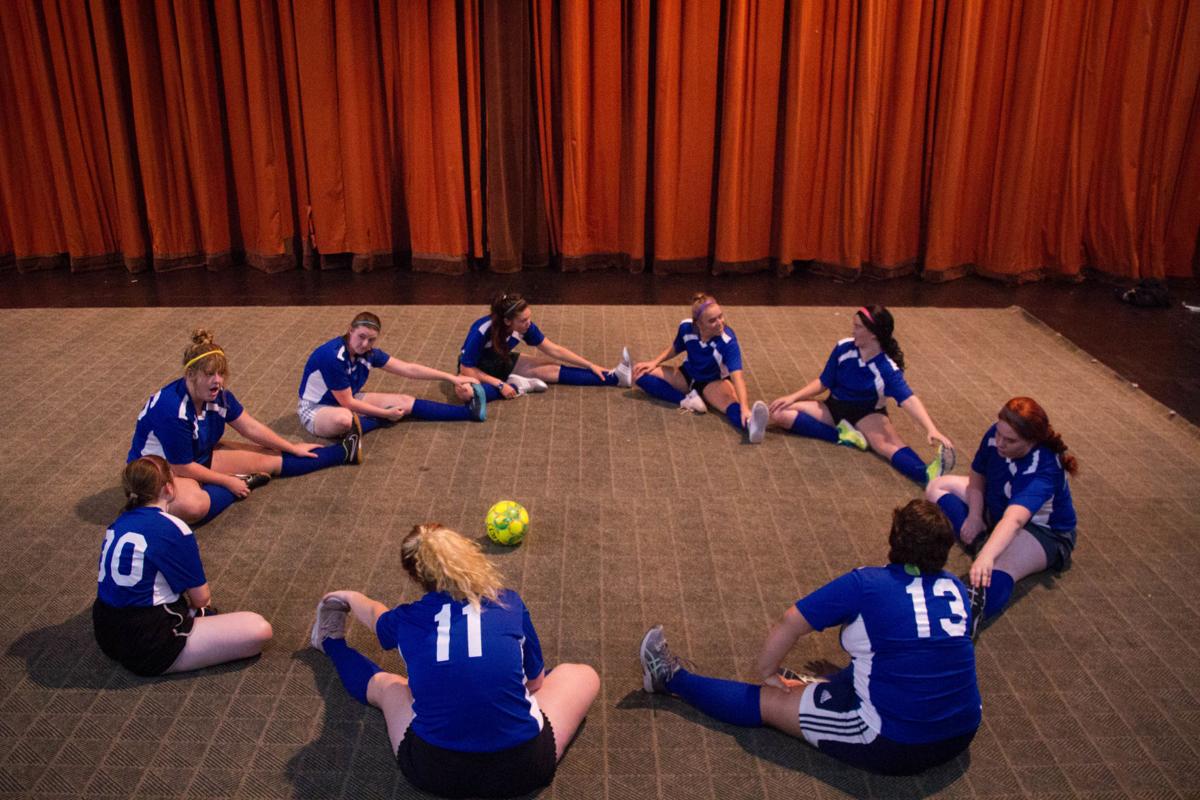 The cast of "The Wolves" sit in a circle and stretch during warm-ups before rehearsal on (). 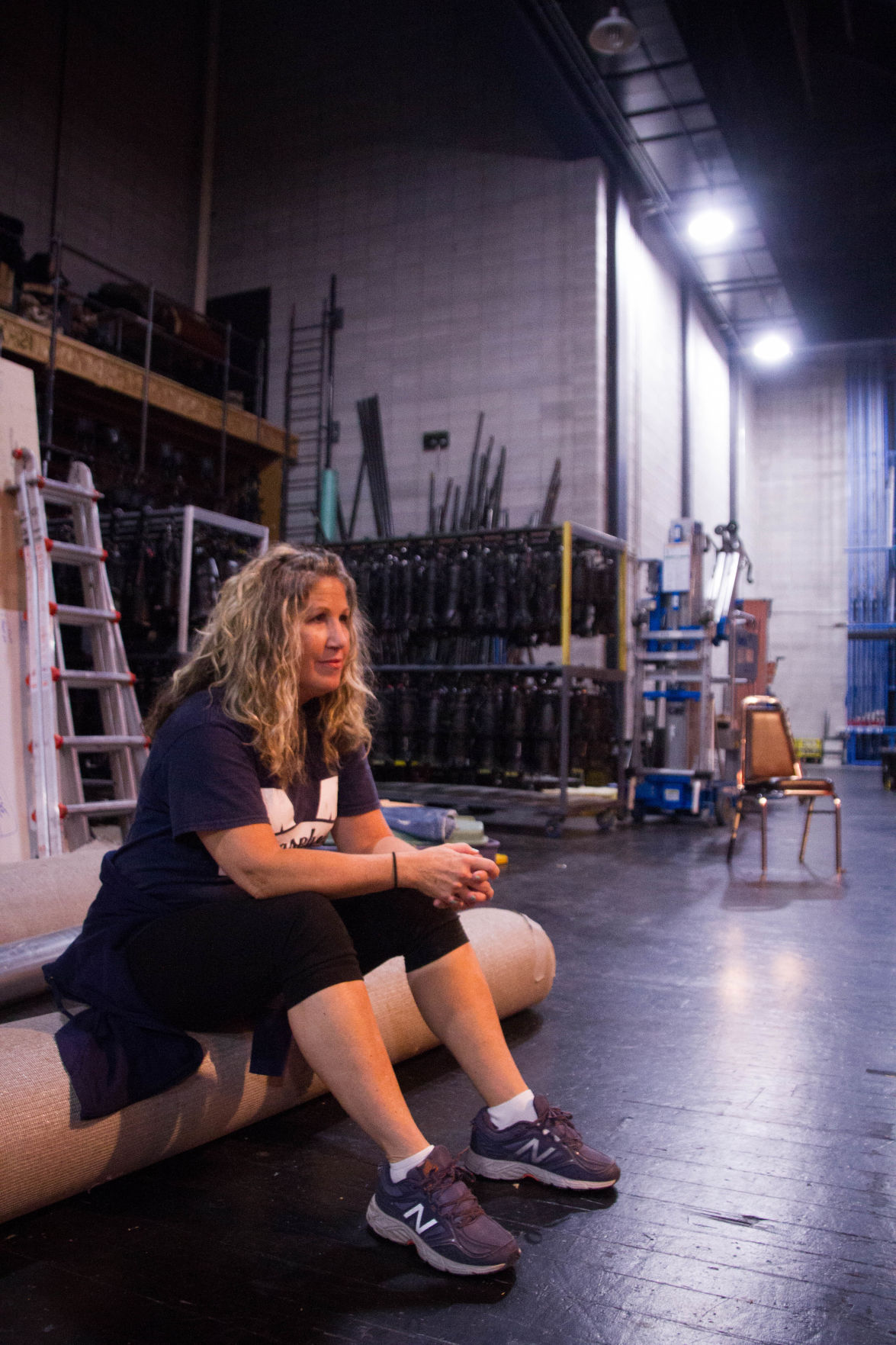 Associate professor and director of "The Wolves," Pam Stiehl, sits in her usual spot to the side of the stage, where she watches the cast rehearse.

Who run the world? Wolves.

The School of Theatre and Dance kicks off its studio series with “The Wolves,” a contemporary play centered around a high school girls’ soccer team. The story takes place during practice and pregame warmups and no topic is off-limits.

The girls discuss weird tan lines, Plan B and hot moms. They address the big questions in their lives: How do we handle grief? How do we navigate our sexuality? What do you do when your best friend calls you a cunt? Perhaps most important: How old is too old to throw a slumber party?

The irreverent dialogue and layered subject matter is only part of why director Pamyla Stiehl was drawn to the piece. Stiehl, a UM theater professor, wanted to direct an intimate, actor-focused play after spending the majority of her tenure directing larger-scale plays, like “American Idiot” and “White Christmas.” Stiehl considers “The Wolves” to be a coming-of-age story for young women, framed with soccer but not necessarily about it.

“Through soccer-playing, competition, love, hate, friendship and tragedy, they find each other and find themselves as well,” Stiehl said.

Stiehl describes the experience working with an all-female cast and crew as “amazing.” Having taught at St. Catherine University, a woman’s liberal arts college in Minneapolis, this isn’t her first rodeo working with a team devoid of men. She says the group develops a shorthand with each other, bonding with one another quickly without “the noise that often can come with different genders.”

The cast’s bond revealed itself as palpable during its pre-show warmup. Actors ran around the Masquer Theater, accompanied by “What I Was Born to Do” from “Bring it On: The Musical,” a show with similar themes of female friendship and empowerment through sports. They broke only when Stiehl called out, “Dance party!” and gathered in the middle, each breaking-it-the-fuck-down with refreshing joie de vivre.

Watching the group of young women cancan in a circle, laughing and literally leaning on each other for support, they are almost indistinguishable from any sports team. Emma Swartz, portraying #11, says her relationship with her costars is similar to her bond with her high school lacrosse team.

“The feel of these girls is so super similar to the way that I felt in high school. We get on each other’s nerves sometimes, but that doesn’t change the fact that I would literally kill somebody for these women,” Swartz said.

Prior experience in soccer varied among the actors, some of whom had never played at all. Still, after working with Tight every Tuesday for an hour and a half, the ball-handling skills performed by the cast made its portrayal of high school players believable.

In addition to practicing the physical aspects of the play, the cast returned this fall with lines memorized — no small feat, given the layered, tangential nature of the dialogue. As the characters stretch their hamstrings in a circle, one half might discuss intimidating the opposing team by marking the soccer ball with menstrual fluid while the other argues over the correct pronunciation of “Khmer Rouge.” While one group is going all “Mean Girls,” the other half of the room is showing fierce loyalty towards one another. The vibe is so chaotically kinetic, so entirely high school, that you may flashback to your own high school soccer practice.