You have permission to edit this article.
Edit
Share This
1 of 8 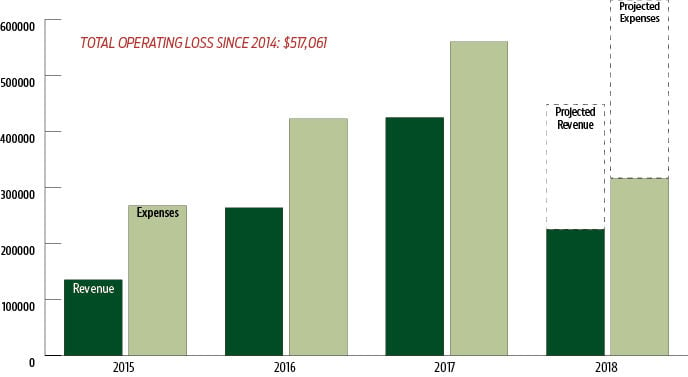 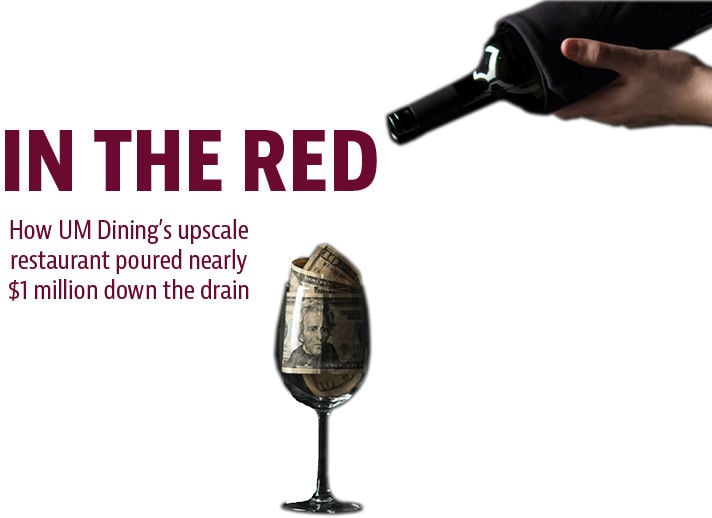 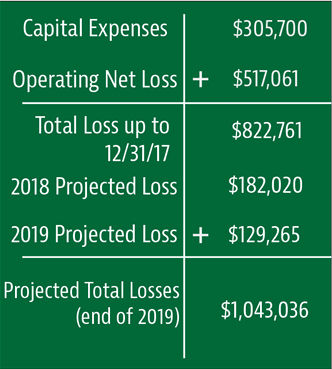 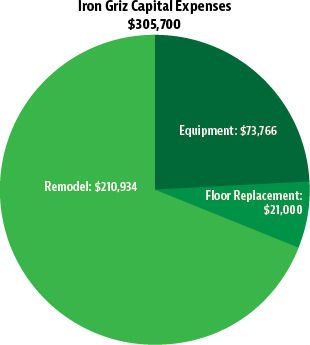 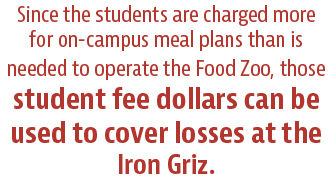 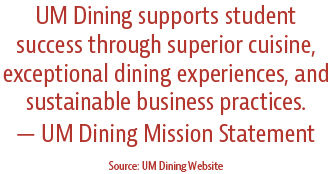 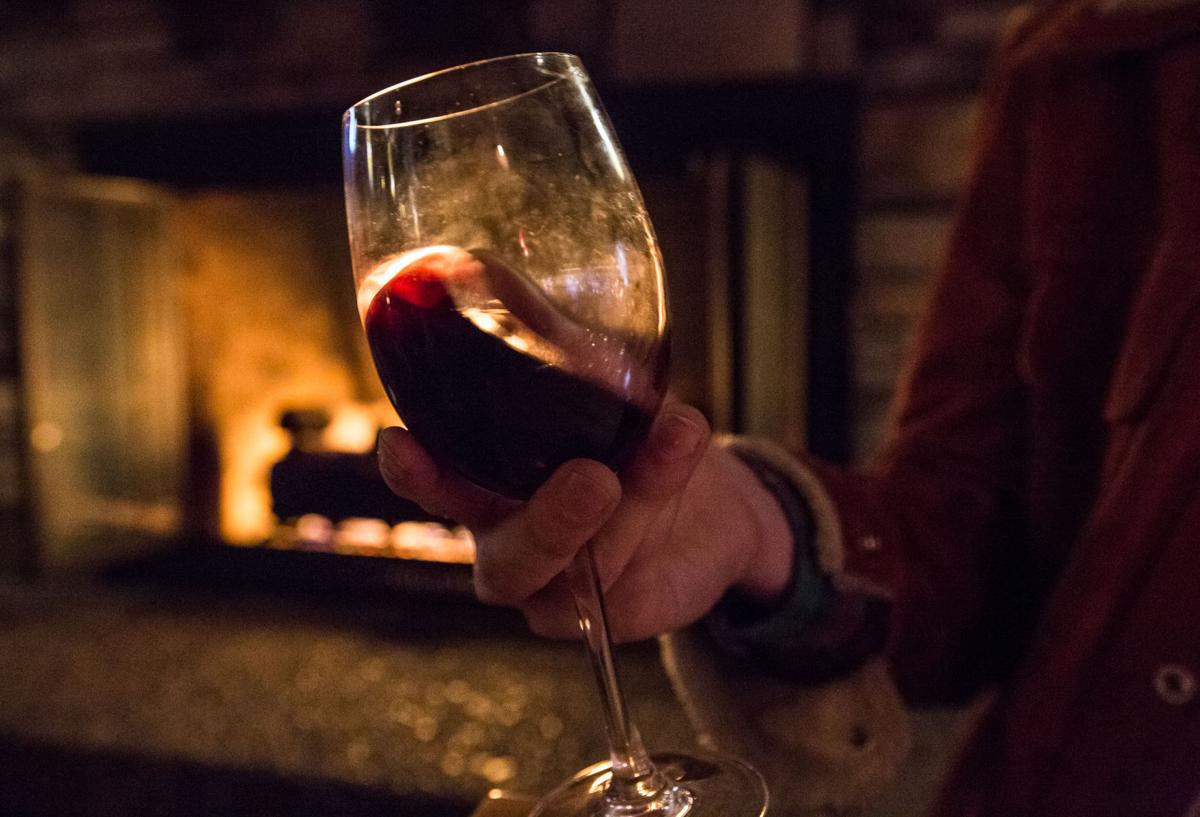 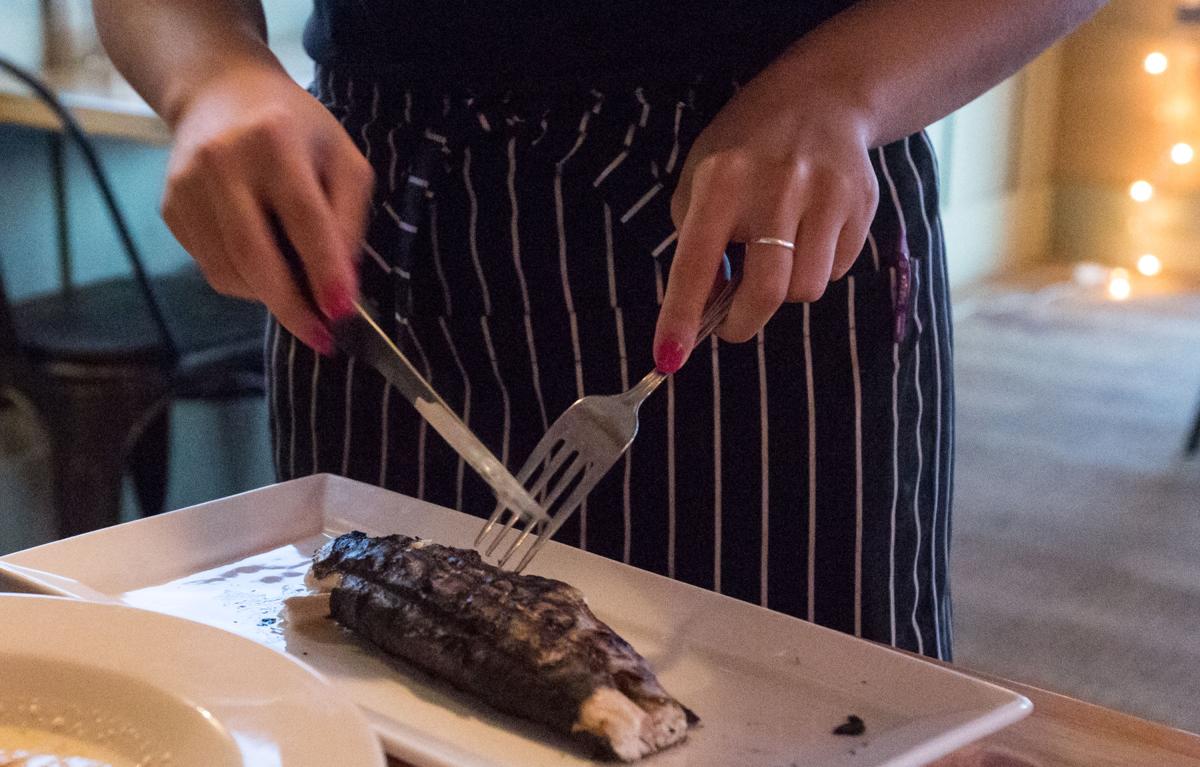 At the restaurant owned by the University of Montana, local trout are grilled whole and beheaded tableside before being butterflied over sauteed kale and shoestring potatoes. Weekly wine tastings allow discerning diners to sample imports from places like Tuscany and South Africa, as well as bottles that pair especially well with raw oysters. Local beers and ciders flow into pint glasses through the bottom of the glass, requiring a specific type of pint glass and tap system.

Tucked away near the Lewis and Clark student housing complex and set back behind a garden on South Avenue, the Iron Griz also offers a memorable view of the University Golf Course at the base of Mount Sentinel. A few glasses of Sangiovese and the glow of the fireplace make it easy to forget that the cozy pub is indeed part of the University of Montana.

The UM Dining-operated restaurant provides the campus community, and Missoula at large, with upscale local foods, Montana beers and regional wines. After a short bus ride or a healthy walk from the main campus, students can access dining options several tiers above the University Center Pizza Hut or Noodle Express.

Of course, the meals at Iron Griz cost students a good bit more than a Food Zoo swipe, with dinner plates averaging $17.

But the Iron Griz costs students more than just the prices on the menu. Since UM Dining took over the golf course snack bar, renovated and reopened it as the Iron Griz in 2015, the restaurant has suffered losses of more than $820,000, including capital expenses, and is on pace to break $1 million in net losses next year, financial documents obtained by the Kaimin show.

UM Dining is funded by student and faculty food purchases, including meal plans, so this is money straight out of students’ pockets.

The financial problems of the Iron Griz have spanned changes in UM Dining leadership and restaurant managers. Documents obtained through a public records request outline a trend in its financial record that would bankrupt most independently owned businesses. The restaurant has lost over $120,000 each full year it’s been in operation, in addition to spending hundreds of thousands of dollars on equipment and renovations.

Former UM Dining director Mark LoParco spearheaded the creation of the restaurant. LoParco retired from the University last year amid two lawsuits alleging gender discrimination, harassment and creation of a hostile work environment, though his retirement was reportedly planned before the suit was filed. One of the complaints was filed by former Iron Griz manager Kathleen “Kate” Slack, who left UM in March 2016. LoParco had not returned a request for comment by deadline, and Slack declined to comment on this story.

The current UM Dining director, Campbell “Camp” Howard, who took over in March of last year, said he and his staff are aware of the losses and are working to fix them. But if trends continue, the Iron Griz is set to lose more money in the first full fiscal year since Howard took over the operation than ever before, according to detailed reports on annual revenue and expenses.

UM Dining is a self-contained department, which means any losses at one operation within it must be made up elsewhere if UM Dining is to remain financially solvent. That leads to either higher prices on meal plans and other on-campus food choices, or a dwindling reserve fund intended for upgrades, repairs and emergencies, to cover the losses. Howard said profits from the Food Zoo were one of the main ways UM Dining covers losses elsewhere. Since the students are charged more for on-campus meal plans than is needed to operate the Food Zoo, those student fee dollars can be used to cover losses at the Iron Griz.

The Iron Griz isn’t UM Dining’s only money-loser, Howard said. Other operations that consistently operate at a loss, including some coffee shops and the UC Food Court, clearly cater to students, faculty and staff who think of them as vital campus services. The Iron Griz, though, is set apart from those on-campus options in more than just geography.

Prices are higher than what most students typically spend per meal and a focus on expensive craft beer and wine leaves the Iron Griz inaccessible to many students. Besides the higher-end dinner plates, lunch sandwich prices average $10.75 at the Iron Griz, and beers on draft and in cans go for $4 each. Student meal plans do include $150 to $200 in Flex Dollars per semester, which can be spent at any UM Dining operation. But those dollars can go twice as far at the more convenient, on-campus options, leaving students little incentive to dine at the golf course. A burger, fries and soda at the 406 Grill in the UC costs $8.25, while a burger and fries, drink not included, costs $12 at the Iron Griz. Both burgers are made with the same Montana-raised Wagyu beef.

UM Dining also made the decision to stop accepting students’ weekly allotment of All Campus Meal Plan money at the restaurant this year, making the Iron Griz even less accessible to students on a tight budget.

Howard said it was a mystery to him and his team why more students don’t come to the Iron Griz, characterizing it as “a puzzle we can’t crack” during an interview at the restaurant in November.

While the Iron Griz may not be a household name to college students more likely to frequent the Food Zoo, it wasn’t necessarily designed for students, and it’s not struggling for lack of their patronage. Plenty of other Missoulians frequent the Iron Griz and spend money there.

Sales more than tripled from 2015 to 2017, growing to almost $425,000 in 2017, according to profit and loss statements included in the records request. But the documents also detail a trend of expenses outpacing income by about $130,000 per year on average, despite rapidly rising revenues. Expenses have risen at a roughly equal pace as revenue, so despite the huge jump in income, losses have stayed consistently high.

Labor costs 20 to 30 percent over industry standards were a major factor keeping the Iron Griz in the hole, Howard said. He said labor costs around 30 percent were ideal for a privately owned restaurant, but being part of the University requires UM Dining to provide benefits and higher pay than a typical restaurant would, he said.

Labor costs at the Iron Griz, including benefits for full-time employees, spiked as high as 94 percent in 2015. That means 94 percent of all money coming in the door went to paying full-time and student employees, leaving little to cover the cost of food, supplies and utilities.

Howard said there are a few silver linings to this: UM Dining pays its full-time employees at the Iron Griz a living wage and benefits, including health insurance — a rarity in the restaurant industry. The manager and sous chef both make more than $40,000 each per year. Additionally, students are learning to wait tables, a skill many will end up using after college, Howard said on multiple occasions.

The University of Montana has struggled in recent years to maintain all of its academic programs and amenities, as a 25 percent drop in students caused budget shortfalls. While the Iron Griz may also be hurt by this decline in students, financial problems within UM Dining don’t directly affect the University’s budget. UM Dining doesn’t receive any general fund money, which covers academics through tuition and state funding, but rather pays into it. A small percentage of UM Dining’s revenues are paid to Main Hall as a so-called administrative assessment, covering any of UM Dining’s overhead work performed by UM employees outside the department. UM Dining’s funding comes entirely from student meal plan fees and food sales.

Despite operating at a loss and its affiliation with a campus facing year after year of cuts, the Iron Griz is unlikely to close, Howard said, as closing it would have a negative effect on Campus Recreation, which manages the golf course.

Campus Recreation director Steve Thompson said having a food and beverage option on the golf course is vital to attracting golfers who might otherwise go to any of the other golf courses in Missoula, which all have restaurants. The golf course has always had a restaurant of some type, Thompson said. But before the full-service Iron Griz moved in, it was a simple burger and hot dog joint, which he compared to the Jus Chill’n smoothie stand in the University Center.

Both Howard and UM Dining’s associative director of business operations, Clay Meissner said they were working to market the Iron Griz to the right customers.They said because the location was not attracting students in the numbers anticipated, they were planning to focus more on golfers, the neighborhood and Missoula’s general dining scene.

Though operating a money-draining restaurant that doesn’t appear intended for students clashes with UM Dining’s published mission statement and guiding principles of supporting student success through fiscal responsibility, Howard said at this time he doesn’t have specific plans on how to turn the Iron Griz around.

“I’m at a critical juncture here saying, ‘What do we do now?’ There may need to be some tough decisions in the next couple months. But the last thing we want to do is take away a service to the community.”

The University of Montana Entertainment Management program hosted local musicians over the weekend to raise money for hungry Montanans. On Sep…

UM Dancers will take to the non-literal stage in-person for the first time since March this Thursday, with their outside and socially-distance…

During spring break, the population of students at the University of Montana shrank as most packed their suitcases to head home and finish the…

Saturday was for the girls this weekend at Snowbowl with Girls on Shred’s annual Snowbowl event.

The University of Montana men's tennis team won 6-1 against Portland State on Sunday, March 8 at Peak Racquet Club, finishing their opening we…