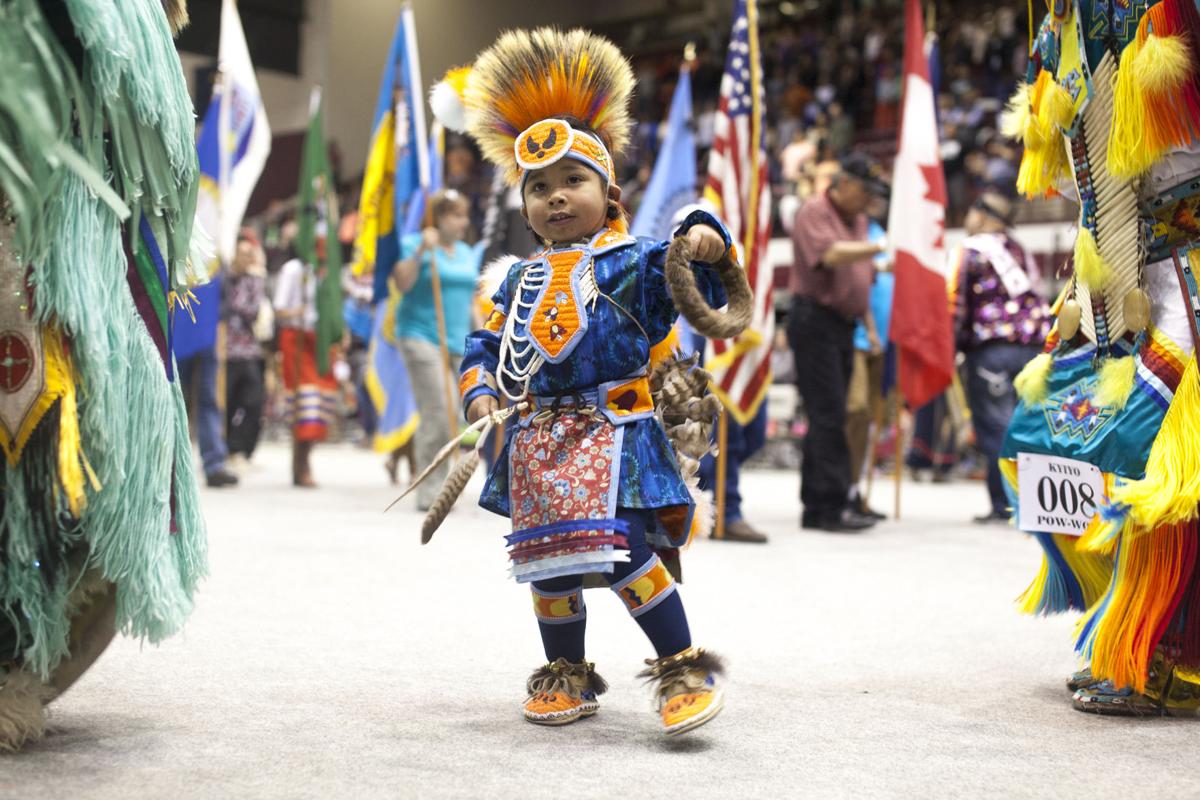 Micalee Gardipe, a young powwow attendee, takes part in powwow activities and celebrations. The 49th Annual Kyiyo Powwow Celebration is one of the oldest traditions of Kyiyo. The event takes place in UM’s Adams Center and unifies Native Americans from across the nation for singing, dancing and the sharing of stories. 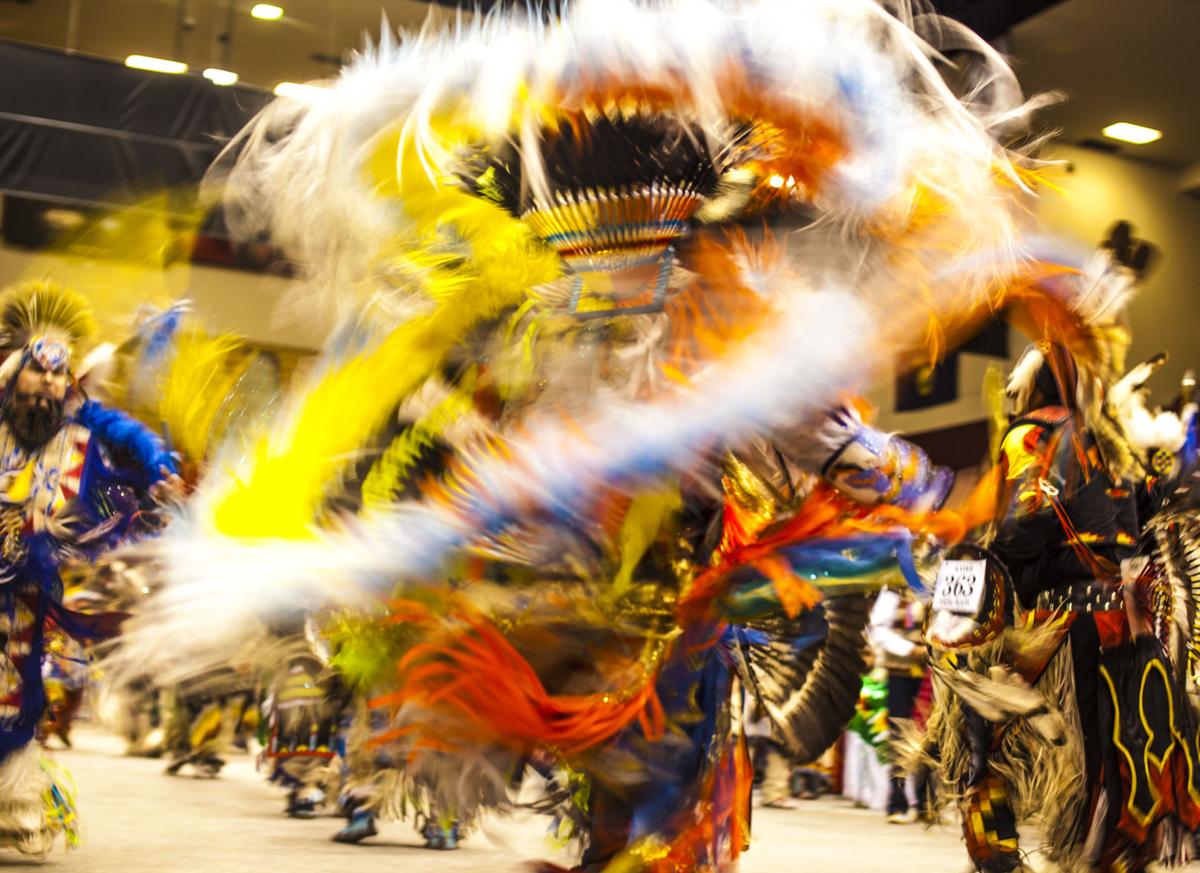 A participant in the Men’s Fancy Feather Dance competition shows off his feathers to the crowd. The lively dance was originally a mating dance, similar to how roosters attract female mates. 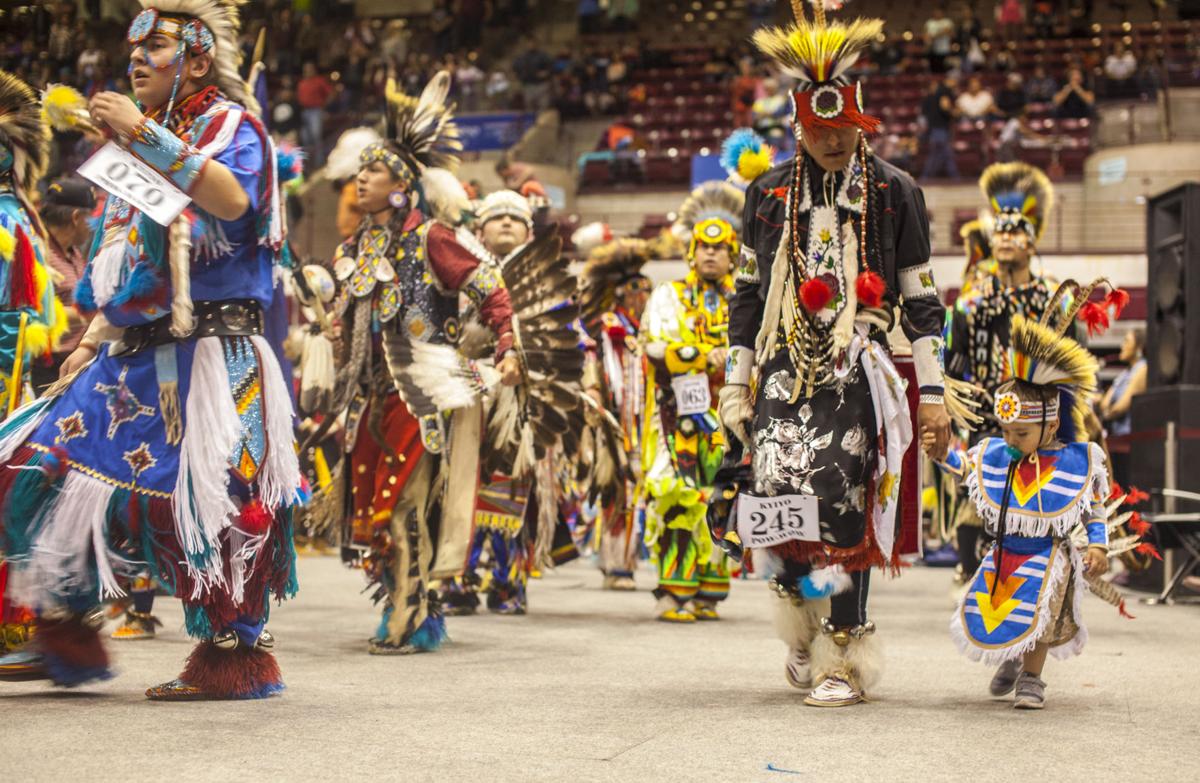 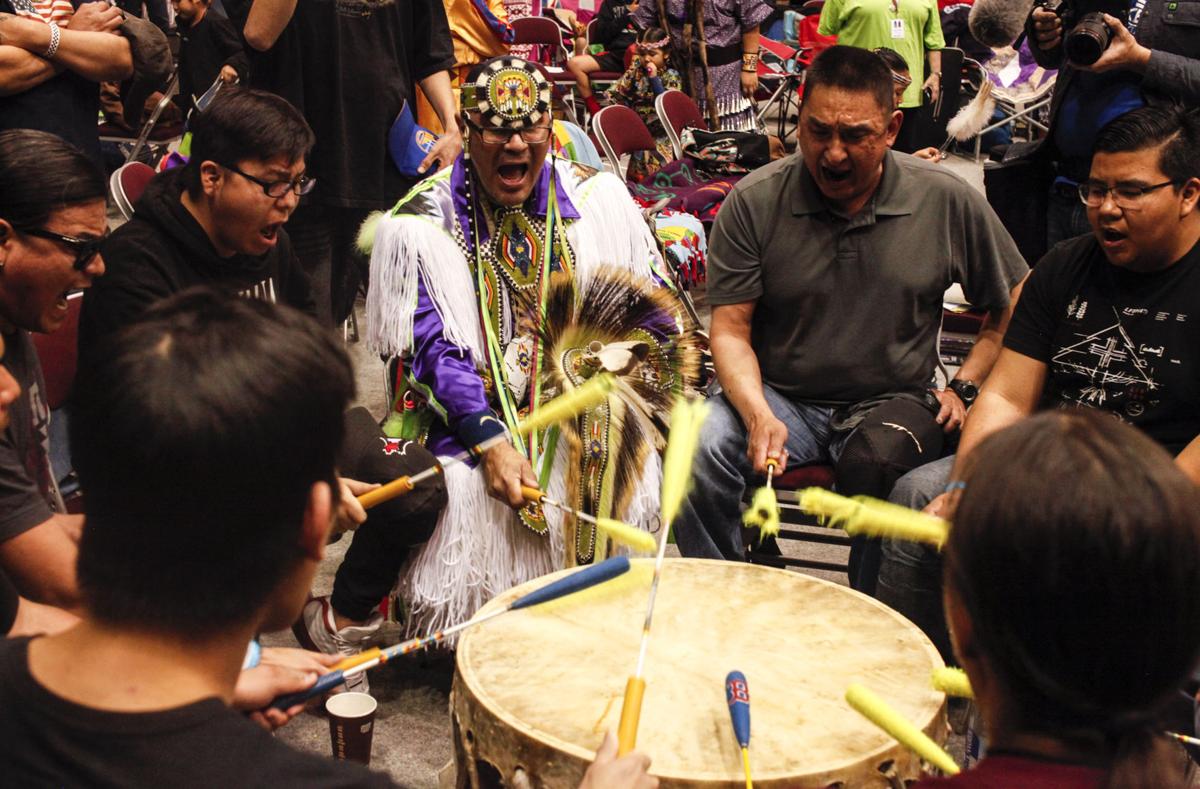 Members of the Blackfeet Reservation form one of the many drum circles represented at the 49th Annual Kyiyo Powwow Celebration. They played the flag song and victory song to welcome in the second grand entry of the event. 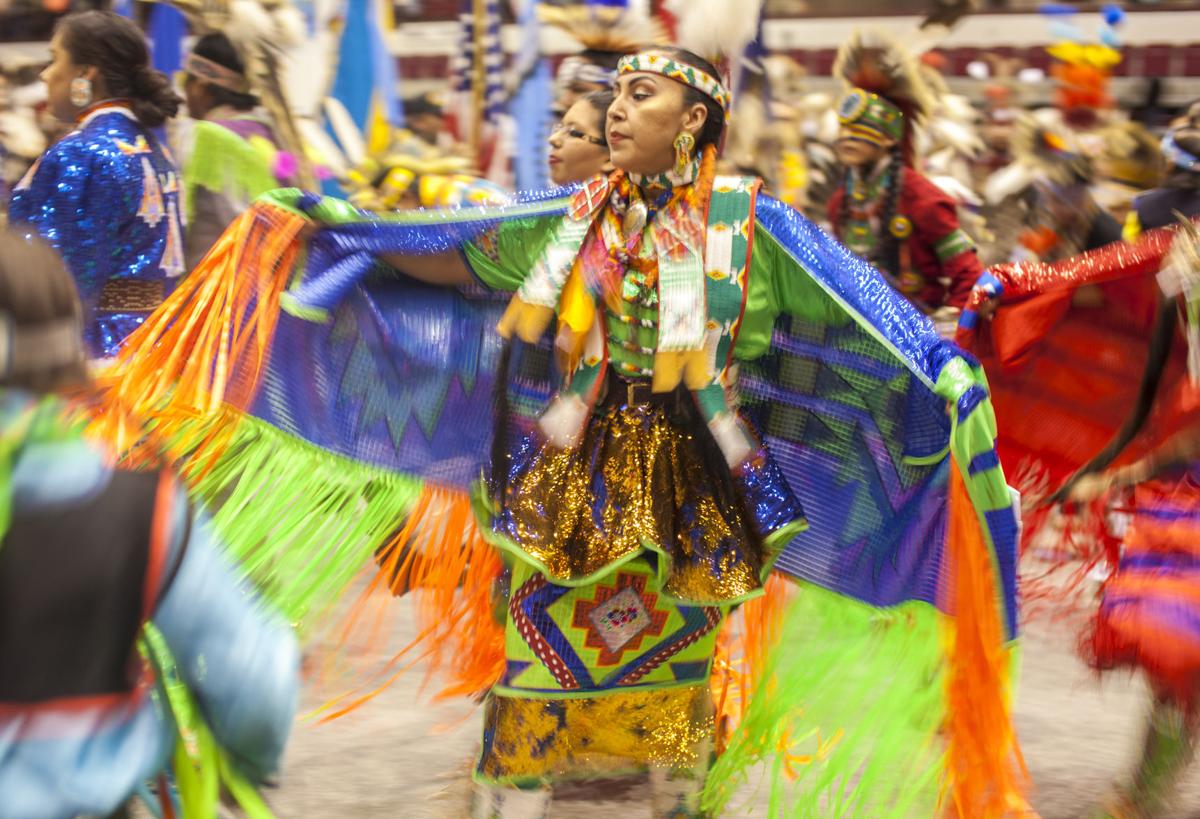 A Women’s Fancy Shawl Dance competitor takes the floor of the powwow. Young women who dance this style wear elaborately beaded capes, moccasins and leggings. The colorful regalia match the spirited movements of the dance. 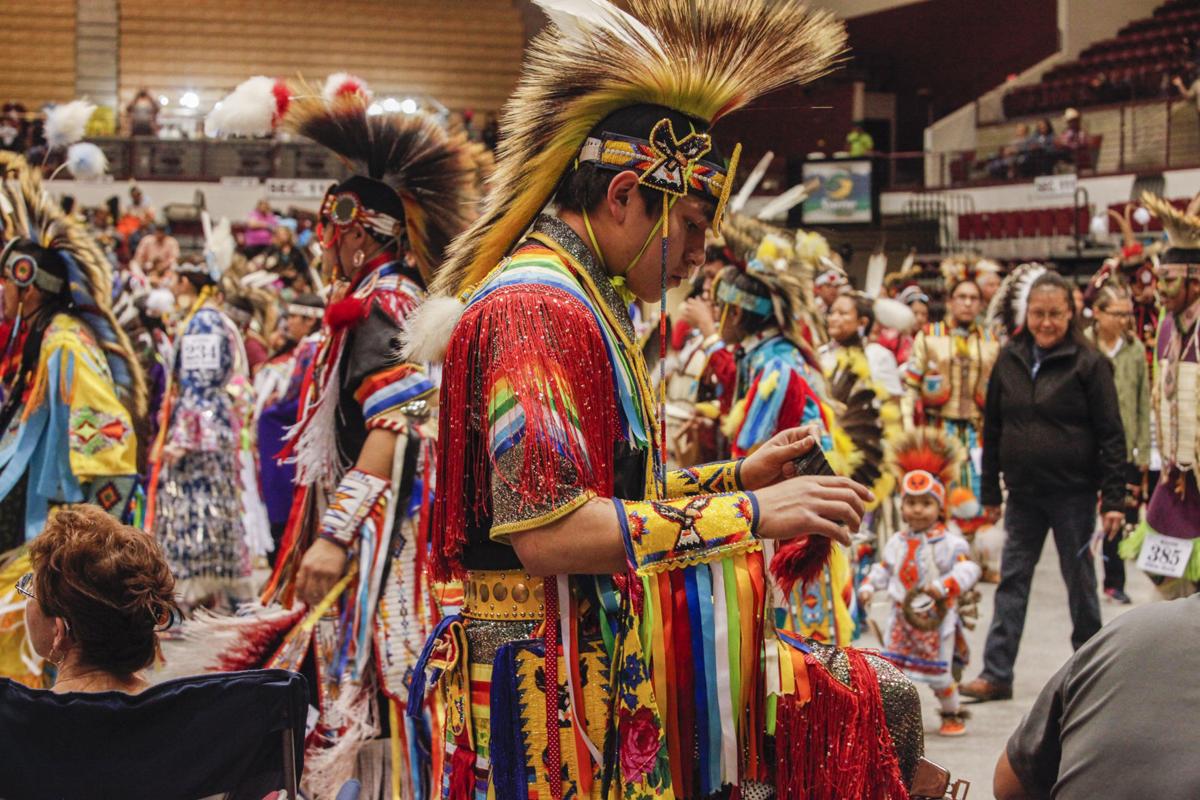 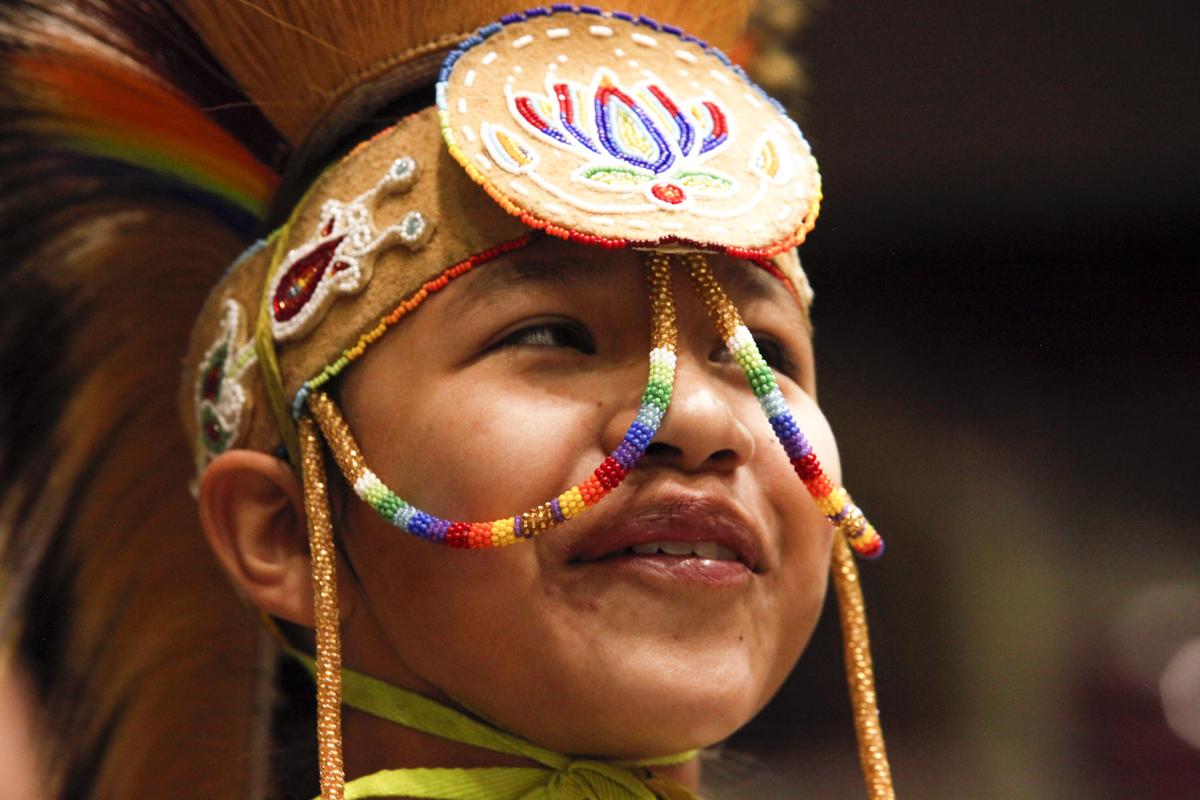 A Kyiyo Powwow Celebration participant looks into the crowd before joining in the Intertribal Dancing and Singing. 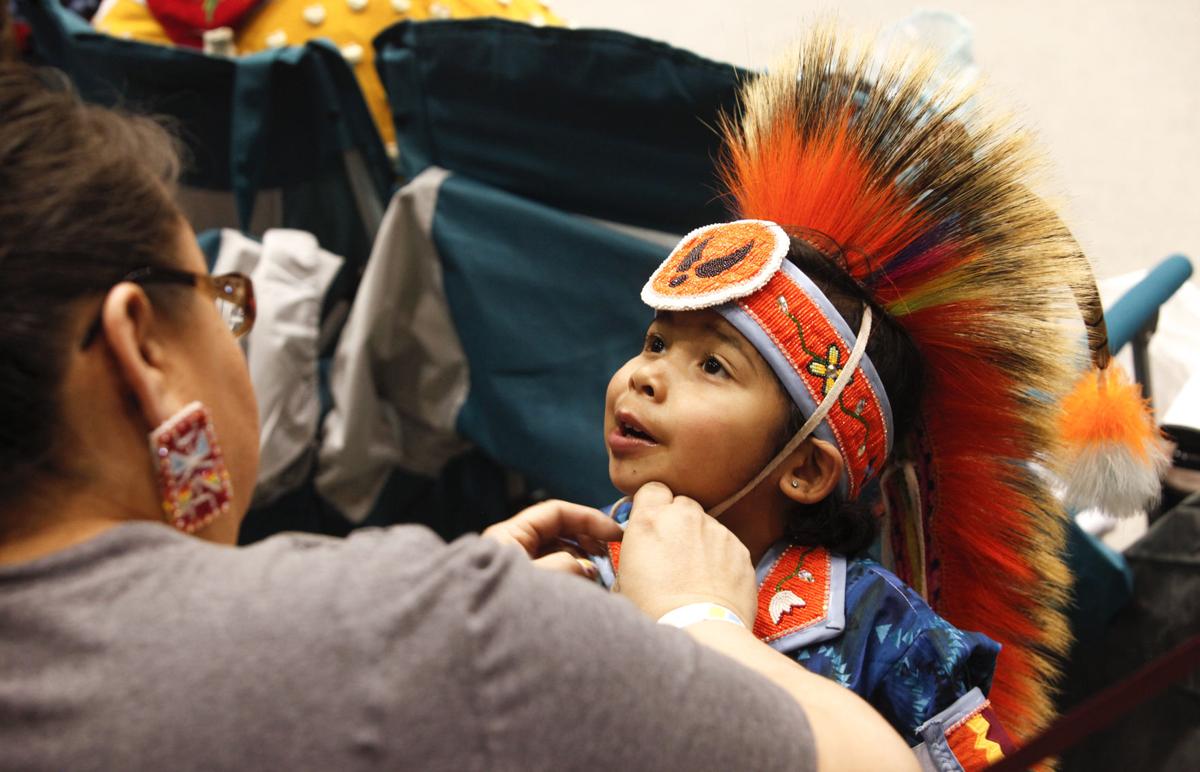 Kyiyo Powwow contestants redress for the third and final grand entry of the weekend, preparing for the Intertribal Dancing and Singing portion that follows. 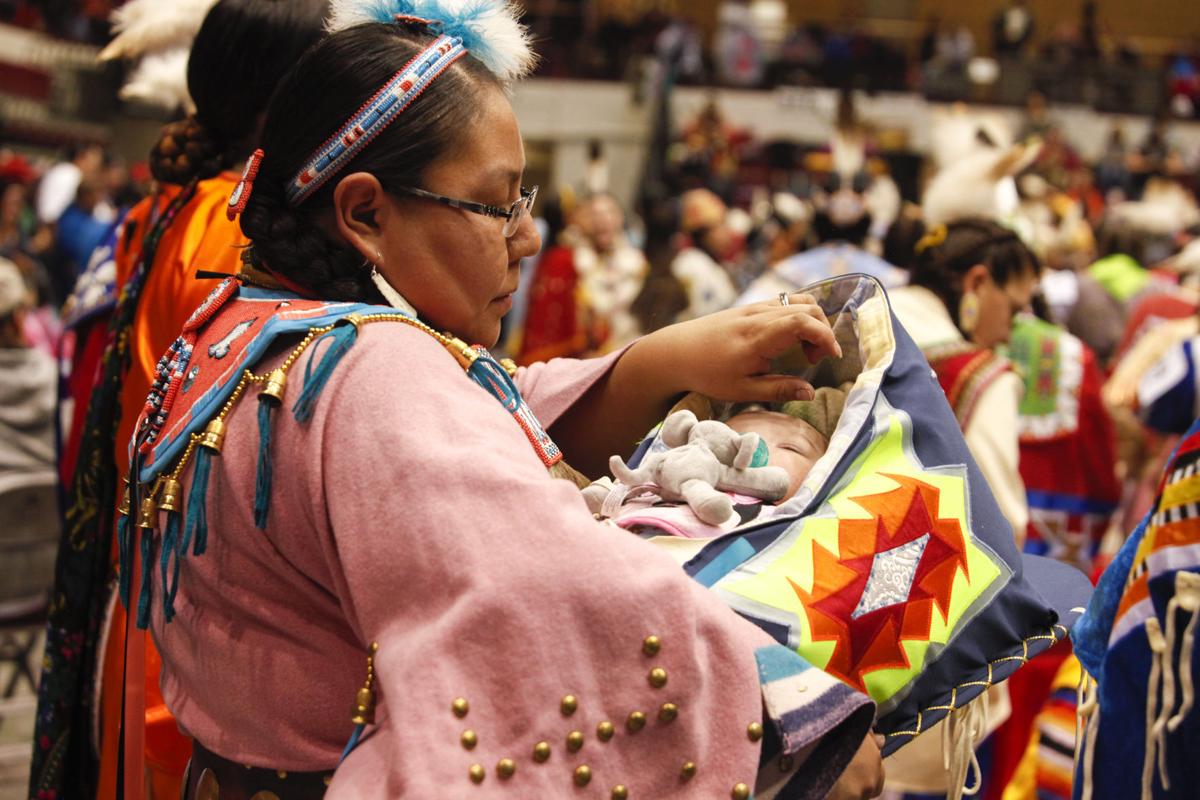 Alexis Bull Bear holds her child as members of the event prepare for the third grand entry. 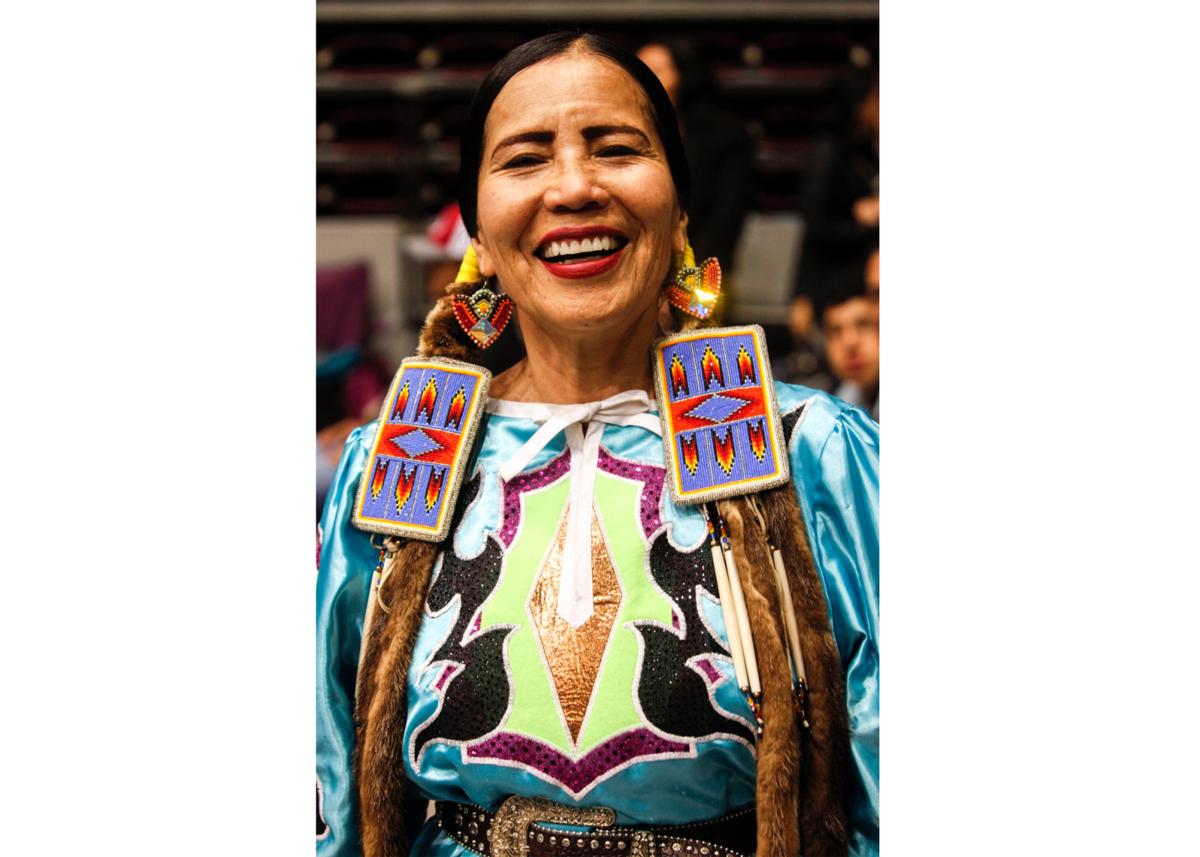 Joey Jayne came from Arlee to dance in the Golden Age portion of the event. “I came here to get reconnected to myself, my family and my friends,” Jayne said at the April 22 powwow. 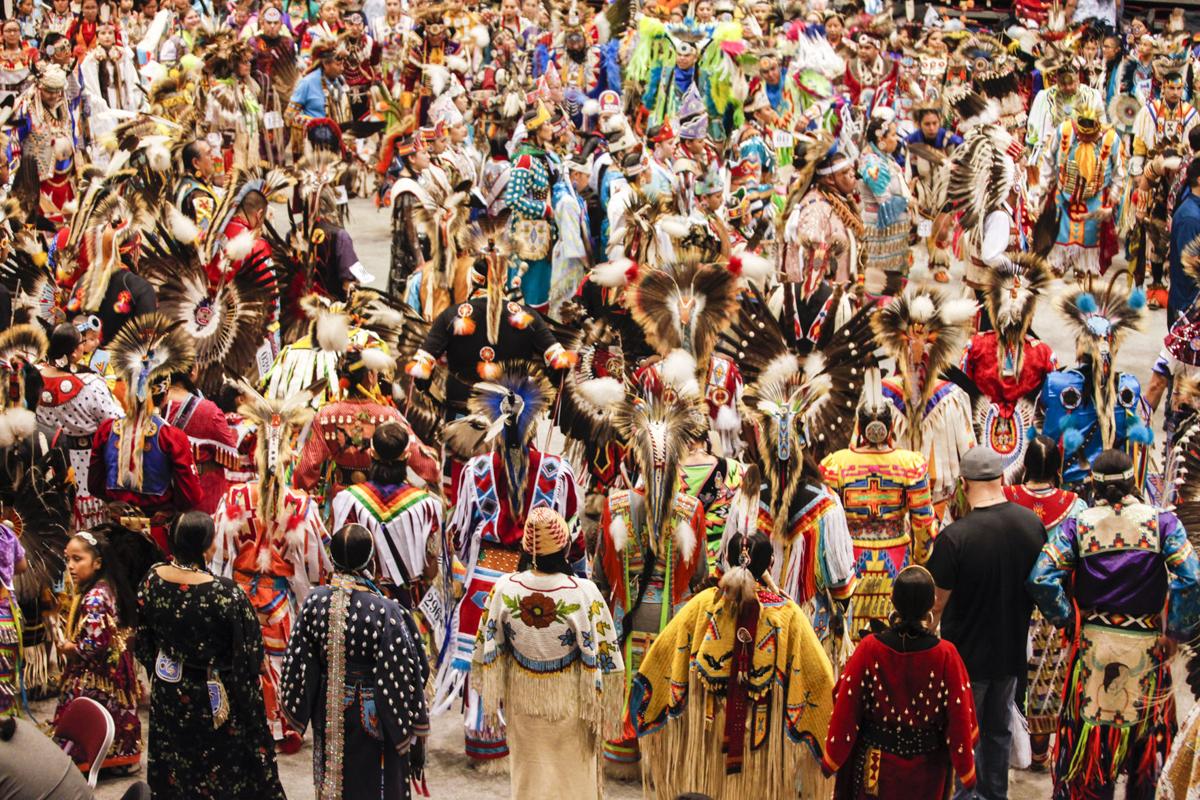 Participants in the 49th Annual Powwow Celebration gather on the floor of the Adams Center for the third and final grand entry of the weekend. The two-day student-run event works to unify Native Americans from across the nation for singing, dancing and storytelling.

The Kyiyo Powwow Celebration is one of the oldest traditions of Kyiyo. This year’s event, the 49th, took place in UM’s Adams Center bringing together Native Americans from across the nation for singing, dancing and the sharing of stories. The two-day event included competitions for all ages with men and women’s dance style that include Traditional, Fancy, Grass, Chicken and Intertribal Dancing. Kyiyo members host the oldest student-sponsored powwow in the nation, and contribute to various other events on UM’s campus. The University of Montana has over 600 Native American students enrolled on average, the most within the Montana University System. The Kyiyo Native American Student Association works to bring members of UM’s community together to celebrate diversity among students.

Editor's note: Some of the captions in this story incorrectly stated the type of dance shown. They have been edited to the correct version.