You have permission to edit this article.
Edit
Share This
1 of 4 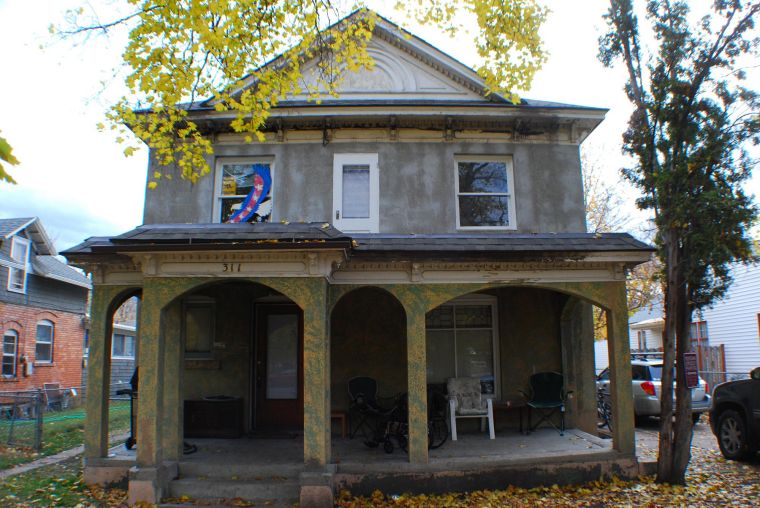 A haunted house sits on 6th street with an erie basement loaded with creeps and crawlers. 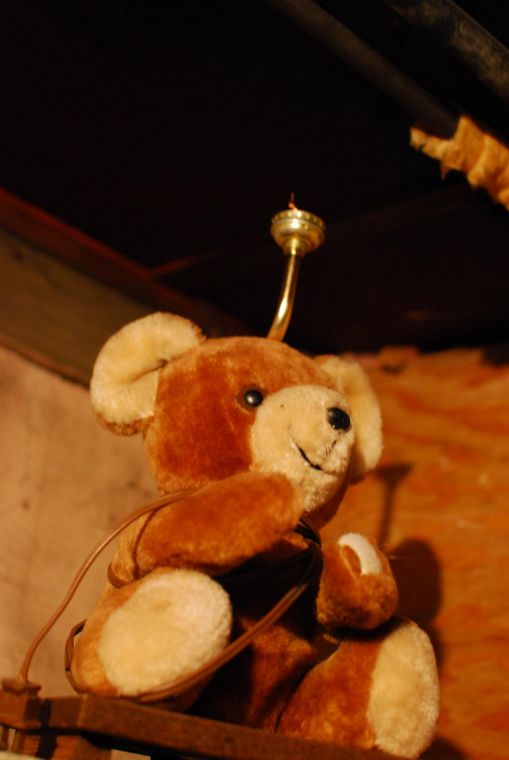 A teddy bear lamp sits in the basement of a haunted house on 6th street, the lamp came with the house, its privies owner a mystery. 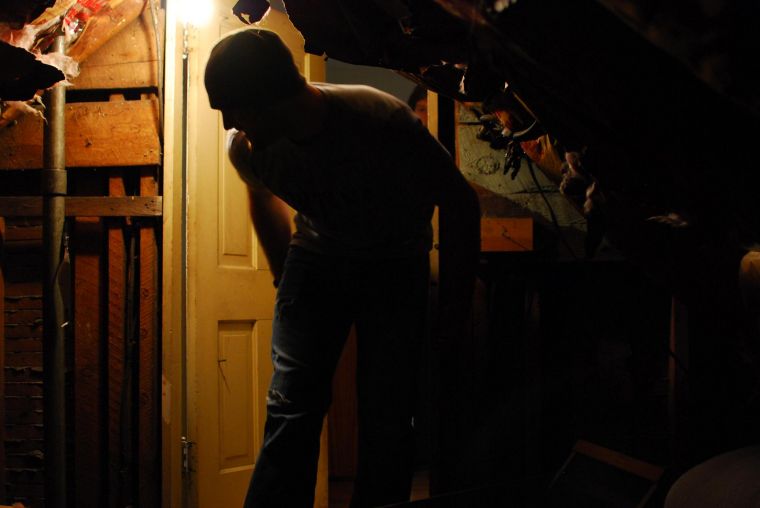 Andrew Pawne searches for signs of life in his attic. The attic looks as if it has been under construction for years. 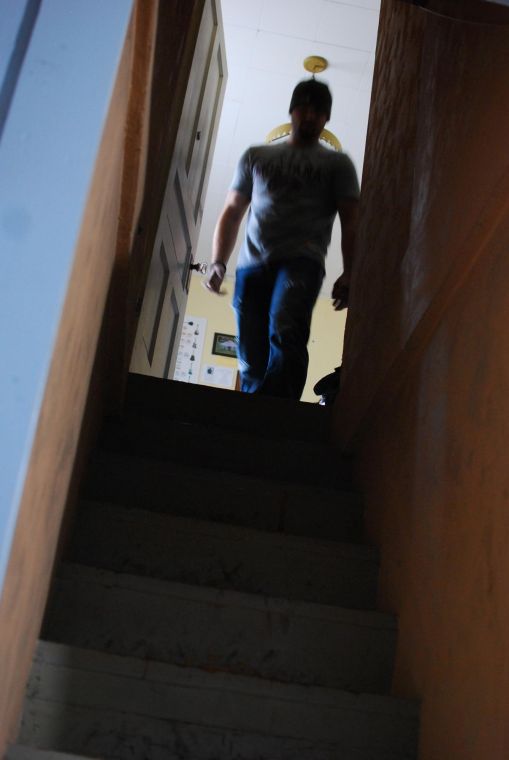 Andrew Pawne looms above his deserted basement, avoiding going downstairs. His bedroom is attached to the basement entrance.

A haunted house sits on 6th street with an erie basement loaded with creeps and crawlers.

A teddy bear lamp sits in the basement of a haunted house on 6th street, the lamp came with the house, its privies owner a mystery.

Andrew Pawne searches for signs of life in his attic. The attic looks as if it has been under construction for years.

Andrew Pawne looms above his deserted basement, avoiding going downstairs. His bedroom is attached to the basement entrance.

Two shirtless guys open the door to the house on Sixth Street. Both standing above six feet tall, they laugh at questions about their house's curious basement.

Andrew Pawne, 19, sporting a hairy chest and broad shoulders, leads the way through his room to a small door onto a descending staircase. Florescent light streams through the open doorway. Little can be seen of the room. Pawne's shoulders almost brush the walls as he walks down the stairway.

Pawne and his housemates, Will Perry, 20, Tim Grisley, 20, and Alan Hendricks, 19, live in the typical college house.

A battered couch, the lingering scent of pot smoke and a shirtless guy make the house feel relaxed and open.

As they go deeper into the house, the men say something isn't quite right. Things get kind of creepy.

Stories about haunted houses in the Garden City have circulated for years. One of the more famous stories was that of the Zako house, on South Fifth Street West, which was built in 1902. According to the book "Spirit Tailings," the house particularly disturbed Mary Zako. In 1985, Zako believed she saw a phantom writing on the walls of the house.

The family published several stories on the house, which still stands. It later became known as the "house of screams" for the original reports of loud shrieking coming from inside the walls, according to "Spirit Tailings."

Everyone has been afraid of that one spot in their home where noises come from. It can resonate from hidden memories of past owners, or just a dark corner where the spiders await to drop down onto your neck. While many do not truly believe that there are ghosts and ghouls hanging behind every corner, there is something about the darkness of a basement that almost makes you believe in haunting spirits and demonic monsters.

The guys at the Sixth street house, though, said that while they've never heard sinister sounds coming from the basement, they do have the occasional scare.

They enter the basement, past the fluorescent-lit antechamber and into a concrete room with pipes spread out along the walls. In one section a man-sized, rectangular cut-out in the wall is filled with bricks and old insulation. A graffiti-covered pole holds up a sloping ceiling. A battered teddy bear lamp watches from one of the windowsills.

"It's creepy as hell down here," Pawne said. "We used to party down here, but I don't know."

Pawne said living right next to the basement creeps him out occasionally.

"Once I was sleeping, right?" Pawne said. "The whole room is dark and you can just see a little light coming up from under the basement. I hadn't left it on. I was like, 'I'm not going to go down there and check that out.'"

Brushing off imaginary spider webs, Pawne reaches up and pulls a long string to light the next section of the basement.

"I had to jiggy-rig a system down here so you didn't have to walk into any of the rooms with the lights off," Pawne said. "Tim, our other roommate, just will not go down here without the lights on and one of us down here."

Next, Pawne gives a tour of the attic. Opening the door, he pulls on a chain hanging from the ceiling and a single light bulb flickers to life.

"This is where we hold our seances," Pawne said jokingly.

The attic is small and it is crammed full of bits and pieces of  former residents' lives.

Pawne and Perry also point out a back door to their house that leads down into the basement from the outside.

"Tim called us one day from the house, and he just kept talking about the side door," Pawne said. "He was all afraid something was going to be down there, and was like, 'I'll just wait for you guys to come home,' and we were like, 'Whatever, man, you're just afraid to go down there.' So all four of us ended up going down there when we got home. We didn't see anything though."

Clear bags or bulletproof ones: How will UM Athletics adapt if gun bill remains intact?