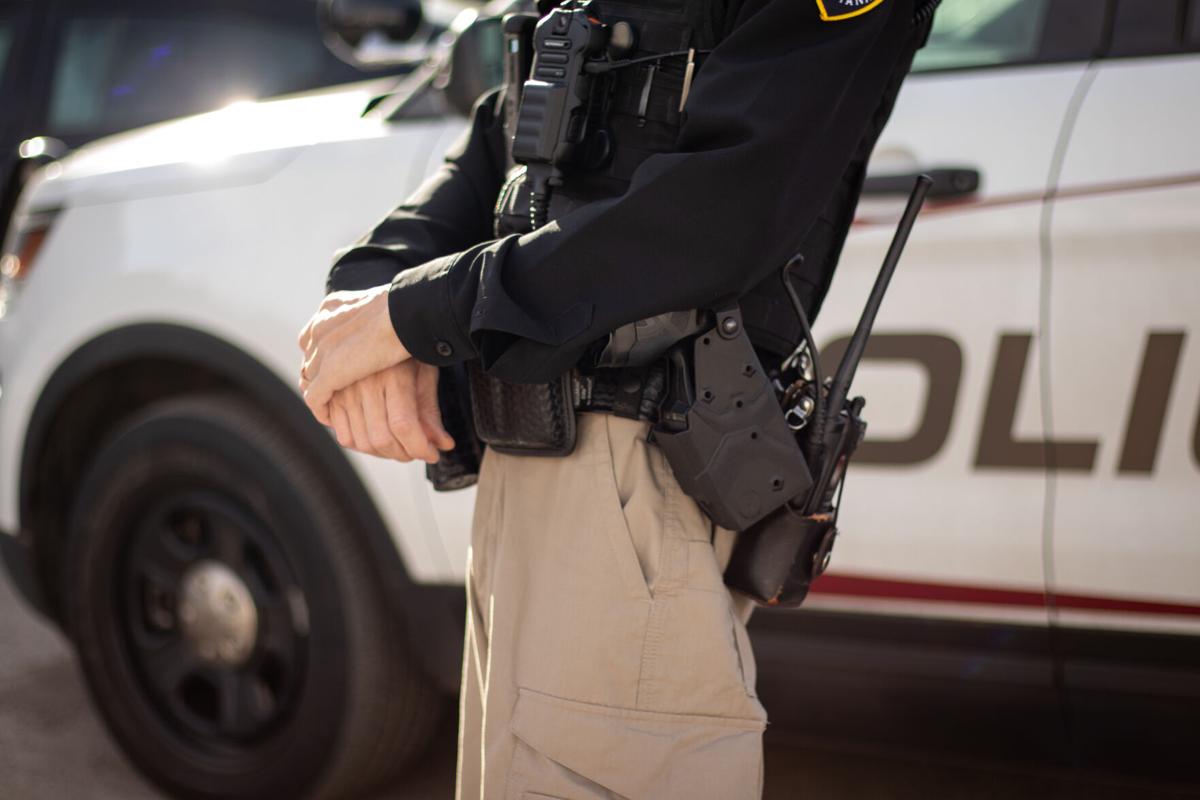 Officer Croft outside the University Police station the morning of Jan. 25, 2021. The current campus policy on firearms states that only police officers and Federal authorities licensed to be armed are allowed to carry guns on campus. HB102 would change that. 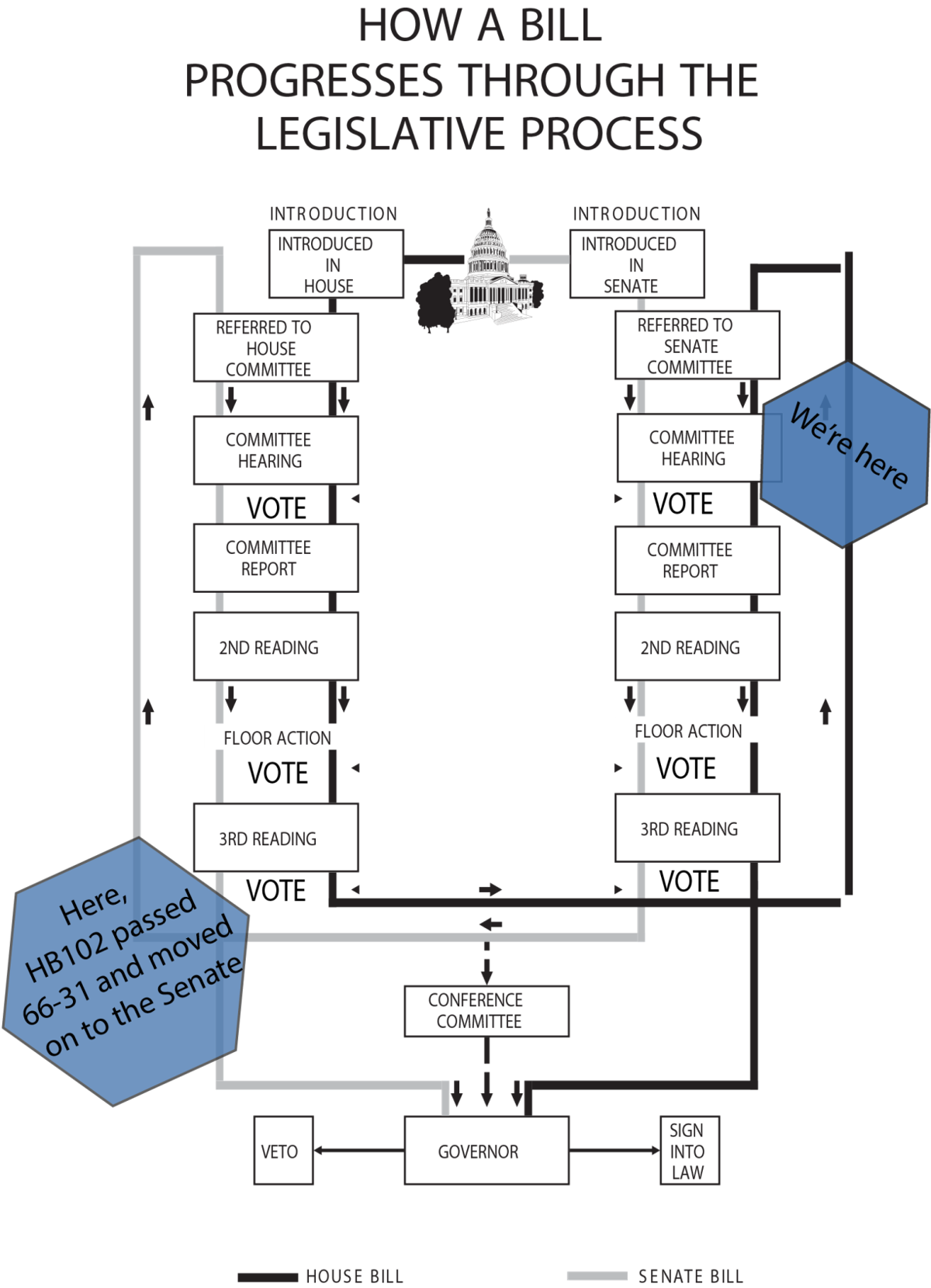 Montana House Bill 102 has the potential to allow guns on Montana’s university campuses.

The bill has been moving quickly through the state’s legislature. It has already passed the House of Representatives in a vote of 66 to 31. All yes votes on the bill were cast by Republicans; the no votes were all cast by Democrats.

On Jan. 20, the bill had its first reading in the Montana Senate, being heard by the Senate Judiciary Committee. If the bill passes in the committee, it goes to the entire Senate for readings and a vote.

Bill sponsor Seth Berglee, a Republican representative from House District 58, did not respond to multiple requests for an interview. At the first reading of the bill for the House Judiciary Committee on Jan. 6, Berglee introduced his bill.

“The purpose of the bill is to expand the people of Montana’s right to carry firearms with the understanding that the right to self defense is a fundamental right that has been granted all the way back through the Constitution and even before that,” Berglee said at the Jan. 6 hearing.

House Bill 102’s current language holds that the Montana University System is ruled by the state’s constitution, and, because of this, the college campuses in the state are considered public property. According to the bill, firearms should be permitted on university campuses, as public property.

As of Jan. 22, the bill stated, “Any significant prohibition upon the possession of firearms at or on the various campuses of the Montana University System calls into question the rights that the people have reserved to protect themselves from government interference under Article II, Section 12, of the Montana constitution.”

Berglee said on Jan. 6 that House Bill 102 has a lot to do with Board of Regents policies that regulate firearms on college campuses in Montana.

The current Montana University System policy prohibits possession of firearms on college campuses, unless they are in the possession of peace officers or federal authorities who are licensed to be armed. The same policy also states that students living in residence halls are not allowed to store their firearms in a dorm room. Rather, firearms must be stored with campus police, and students must follow required procedures in order to check them out.

According to Kevin McRae, the Deputy Commissioner of Higher Education, the current MUS firearms policy came as the result of an incident at Montana State University where a student killed two other students with a gun in a dorm room. McRae said that the policy has been on the books for about 30 years.

“The policy has worked well, and there has been no gun violence to speak of since then,” McRae stated in an email.

House Bill 102 would allow open-carried guns on campus, and students would be allowed to store guns in their dorm rooms, as long as their roommate knows the gun is there. Those in the state who have legal concealed-carry permits would also be allowed to have concealed-carry weapons on the university campuses. The bill’s current language also has a potential legal loophole for permitless concealed carry.

Because of the bill’s fast pace through the legislature, the Associated Students of the University of Montana did not have a chance to submit testimony against the bill at the Jan. 20 morning hearing.

ASUM President Taylor Gregory said that the bill falls outside of ASUM’s legislative priorities. Because of this, the ASUM Senate was required to take a stance on the issue—open carrying of firearms on campus—before it was able to lobby for or against the bill.

At its meeting on the evening of Jan. 20, ASUM did approve a resolution to oppose open carry at the University of Montana. Maggie Bornstein, ASUM’s Student Political Action Director, said that the decision to oppose open carry was due to multiple factors, among those being extensive research that access to firearms on campus increases risk of violence, and it challenges the effectiveness of UMPD.

She said ASUM is against the bill, but missing the testimony on Jan. 20 means that opportunities for students to take action on the bill are limited. She encouraged students who were interested in speaking about the bill to call or email their legislators. Bornstein also said ASUM supports any students who have stories they wish to share in the media.

McRae, the Deputy Commissioner of Higher Education, did submit testimony at the Jan. 20 hearing. He said that House Bill 102 would create safety concerns and potential problems at large events. In addition to these concerns, McRae also mentioned concerns about student wellness, particularly the increased suicide risk that could be posed by this bill.

In his testimony, McRae said, “Montana’s DPHHS reports that 60% of Montana suicides are by firearm and among young people it is 72%.”

For Nancy Hobbins, the suicide prevention coordinator at the Missoula Health Department, this bill is very concerning.

“One of the most vulnerable populations for suicide ideation is college students,” Hobbins said. “For college students, it’s often their first time being away from home, there’s higher pressures, and a desire for perfection. All of that is a dangerous recipe for a young mind.”

She also said that, in her line of work, one of the most important preventative measures is not providing access to lethal means with which to complete suicide. Hobbins said that this bill would make lethal means readily accessible to college students, who already have several factors putting them at high risk.

If the bill passes, there is still uncertainty about whether it would override current University policy. Anthony Johnstone, a professor who teaches a course on Montana’s Constitution at Alexander Blewett III Law School at the University of Montana, said this law is in conflict with the Board of Regents’ authority.

Johnstone explained that if House Bill 102 were to become law, the Board of Regents can keep their current policy on the books. The issue with this would arise when students are trying to determine which rules to follow—the state, or the University.

According to Johnstone, the issue with the bill is the question of whether the Board of Regents has exclusive authority over firearms on campus.

“Laws that go to the heart of University autonomy to do the work of educating students and searching for truth are typically Board of Regents powers,” Johnstone said.

Johnstone said that, should this bill go into law, he thinks it would be most likely that any legal challenges would come straight from the Board of Regents against the state legislature.

“This is not the way legislation is typically drafted in terms of the Constitution protecting rights,” Johnstone said. “If the University was violating student or staff rights, then it could be challenged without this law.”

No study abroad, guns on campus and avalanche safety