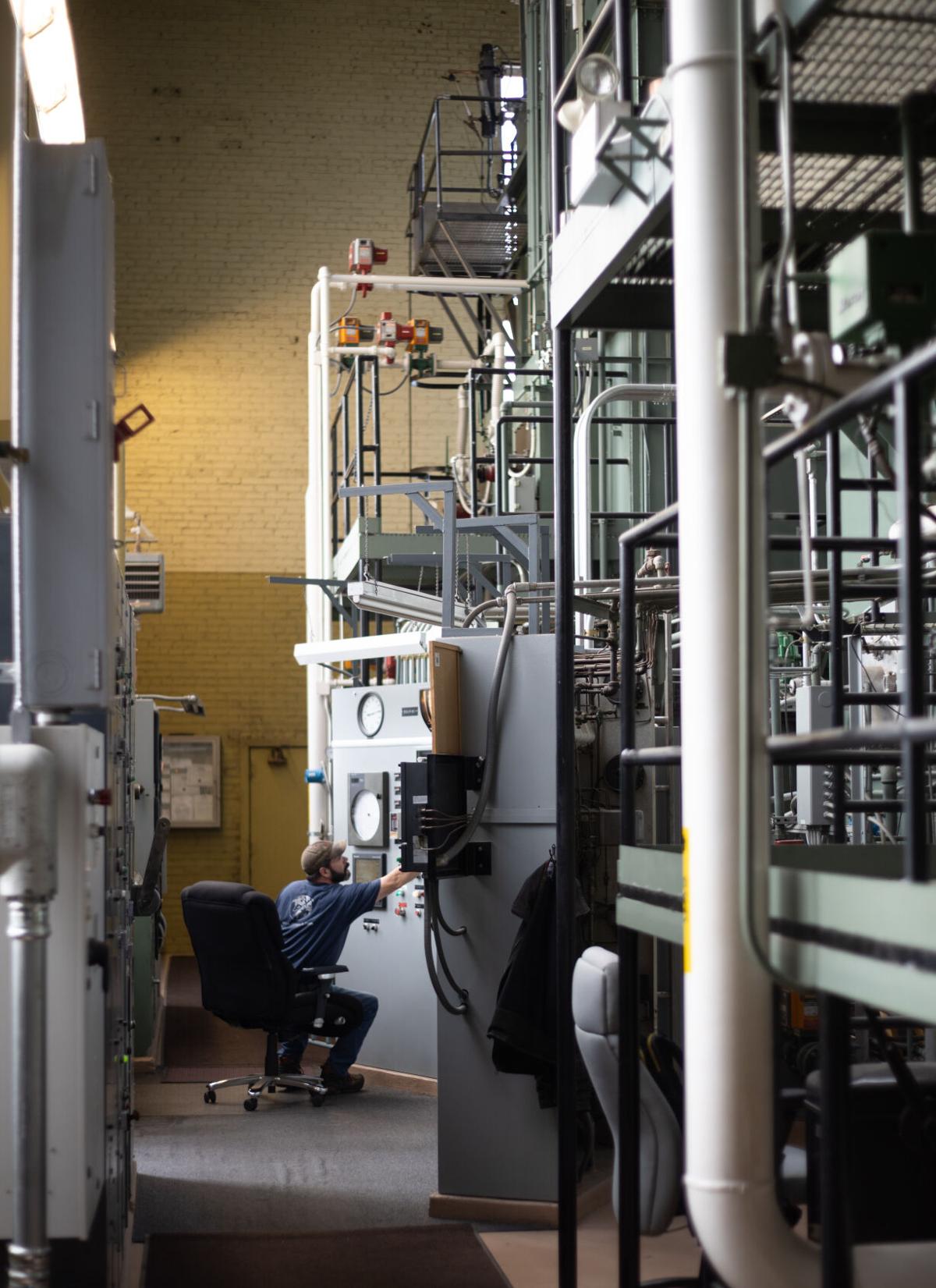 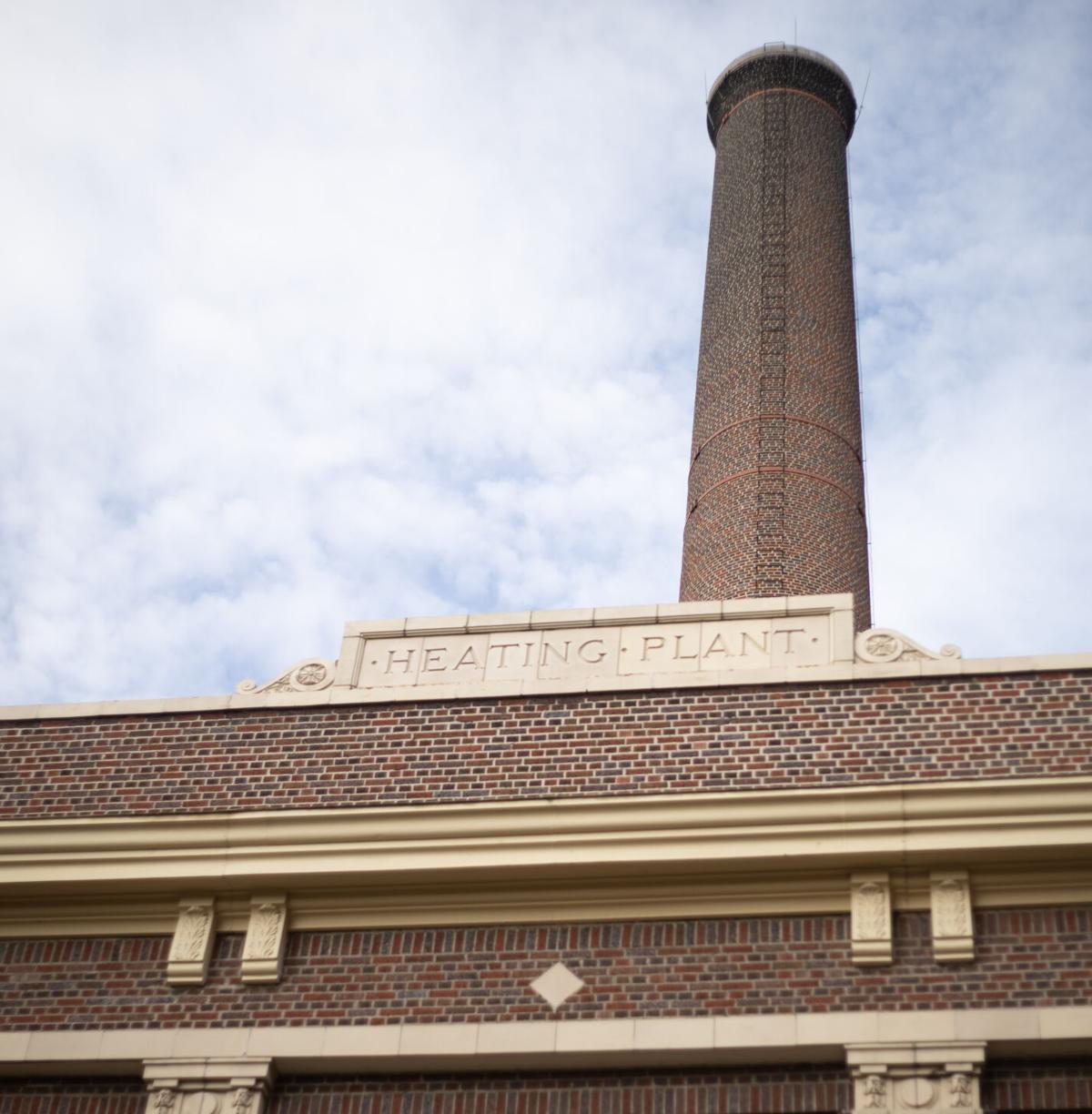 According to University officials, the new heating plant will use the natural gas currently being burned to heat the school while also generating electricity for campus.

According to University officials, the new heating plant will use the natural gas currently being burned to heat the school while also generating electricity for campus.

Between Aber Hall and the Grizzly Pool lies a 60-foot-tall industrial brick building with an iconic smokestack on one end. The century-old heat plant is a hub for roughly two- and-a-half miles of tunnels that provide steam heating and hot water to much of UM.

The main floor of the archaic building is a jungle of machinery, with pipes running from floor to ceiling on one end. Three large, ‘60s-era green boilers dwarf everything around them. The third boiler’s outdated mercury controls stand out from the basic electronic knobs and buttons for boiler one and two. It’s proof of change in a place seemingly preserved for decades.

The heating plant will soon be home to a much larger change when the University breaks ground on a combined heat and power plant in a few weeks. The new plant, which will sit east of the existing building, will provide heat as well as electricity to campus — an effort to make UM more energy independent.

“It’s the biggest climate change action the University has taken to date,” he said.

Kuntz said the new plant will use the natural gas currently being burned to heat the school while also generating a substantial amount of electricity for campus.

Neil Maier, the heating plant supervisor, said the new facility will house two natural gas burning turbines for electricity. The exhaust from these turbines will enter a boiler to create steam for heat.

“So not only are we going to make electrical power, we’re also going to be able to make steam for the same energy that we were burning previously,” he said.

Maier said the steam from the boiler will then be used in a steam turbine generator to create up to another 2.5 megawatts of power. The three turbines will be able to produce a maximum of 5.9 megawatts of electricity, compared to the 0.4 megawatts produced by the plant before. He said the campus uses roughly 3 to 6 megawatts per day.

The Montana University System’s Board of Regents gave UM authority to spend up to $20 million on the project in September, but Kuntz said it may not cost that much. He said the project is funded by UM debt and bond refinance and not student tuition or fees.

McKinstry, an energy services contractor company, projected UM could save roughly $1.4 to $1.7 million per year with the additional plant. Kuntz said with the plant, UM will provide about 80% of its own power, purchasing the remainder from NorthWestern Energy. The annual savings can be reinvested into things like lab and classroom upgrades.

Joseph Brady, a freshman majoring in environmental science, said it would be best to get away from fossil fuels completely, but it may not be feasible in the current system. Overall he’s satisfied with the project.

“I’m honestly pretty happy about it. I’m glad there’s progress being made on these things,” he said.

Eva Rocke, UM’s sustainability director, said the heat and power plant will reduce the campus’ greenhouse gas emissions by roughly 23%. Rocke said the gas turbines can also be fueled with hydrogen or biofuels, but those fuels would likely not be realistic in the next two to three years.

The University failed to meet its 10-year goal of carbon neutrality by 2020, despite the current project’s estimated cut to emissions.

Rocke said only a handful of colleges in the country are carbon neutral, and the reason UM struggled to make the goal was limitations to invest in large, off-campus renewable energy sources. She said this is because UM is a default customer of NorthWestern Energy, which provides power with coal and other methods including natural gas and wind power.

Rocke said the University has worked on increased energy independence by installing solar panels on buildings like the Lommasson Center and Eck Hall. She added UM will likely buy some power from NorthWestern Energy for the “foreseeable future.”

Brady, one of the five executives of UM’s climate response club, said he was not surprised the University did not meet its goal considering the heating system is powered by fossil fuels.

“If you do actually believe in green energy, creating a sustainable future, supporting us going forward into the future that we’re going to have to live in, then can you put your money there?” Brady said.

Brady said the club struggled to find out whether the UM Foundation, a nonprofit organization that fundraises for UM, had divested from fossil fuels this fall.

The Associated Students of the University of Montana passed a resolution that calls for the formation of a working group to explore reinvesting the foundation’s fossil fuel investments into sustainable and renewable energy Nov. 10.

The Kaimin reached out to the foundation about whether it has divested from fossil fuels. Elizabeth Willy, the foundation’s director of communications, said media questions are passed along to the board of trustees and can be considered at a future meeting. The board did not have a meeting the week of Nov. 8.

Rocke said, while important, divestment is not in her top five strategies for sustainability. Rocke said framing sustainability goals with what people want to see instead of negative terms can be helpful. She said she’d rather focus on what can be done on campus and what sources can be invested in.

The combined heating and power plant is expected to be completed by December 2022.