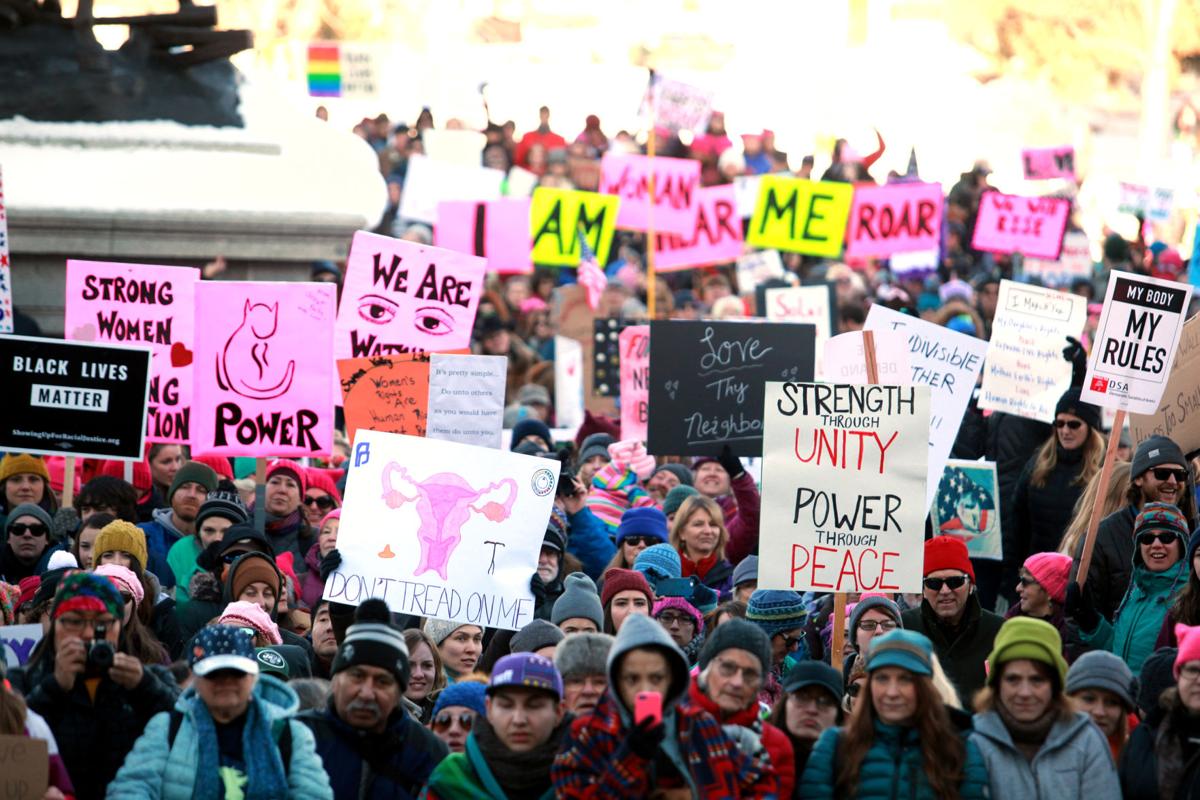 Thousands of people gather outside the Montana State Capitol in Helena for the Women’s March on Jan. 21, 2017. This was one of many sister marches held in solidarity with the Women's March on Washington in D.C. The ACLU estimated that there were 10,000 participants at the march in Helena. 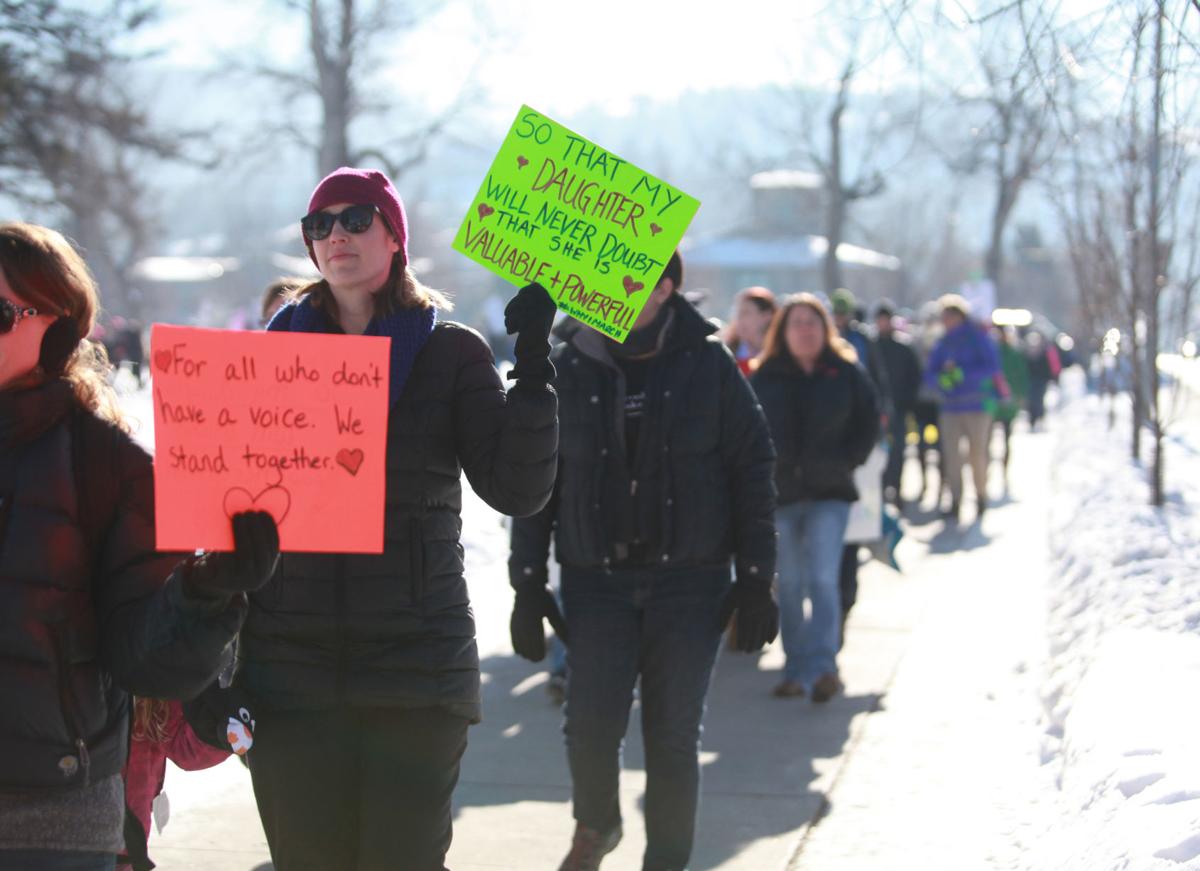 Marchers surround the Montana State Capitol in Helena during the Women’s March on Jan. 21, 2017. 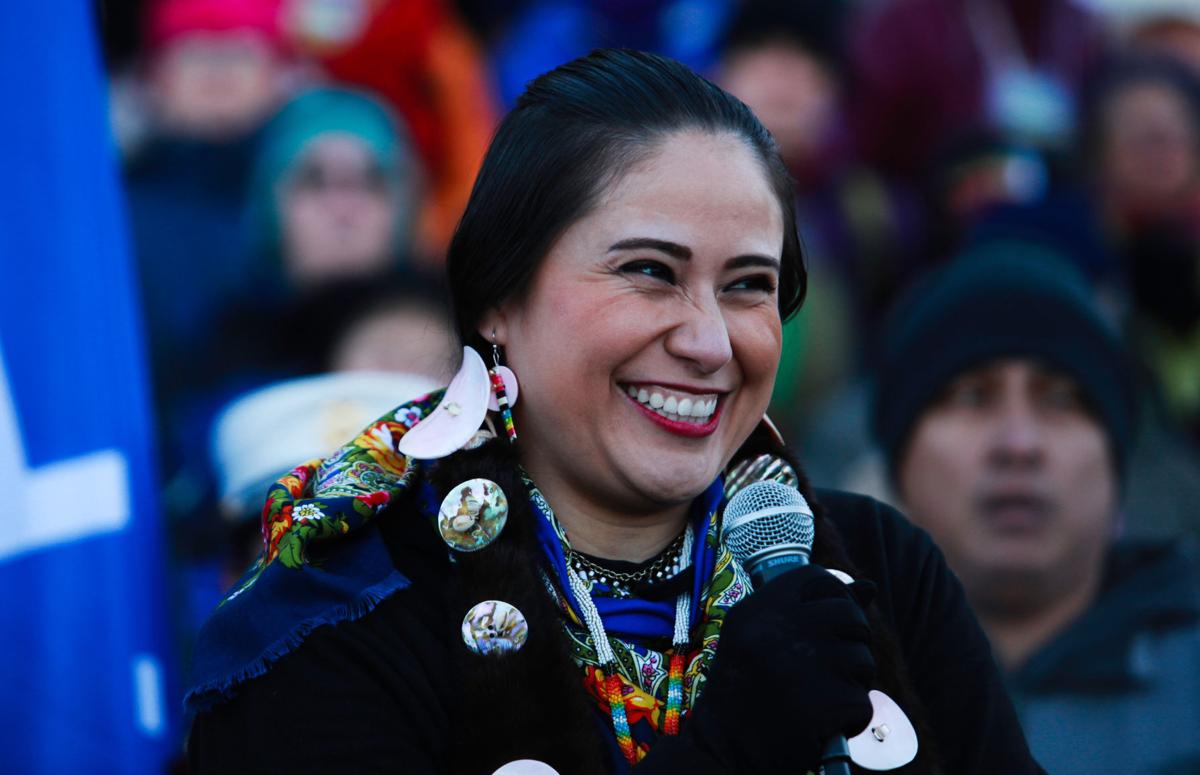 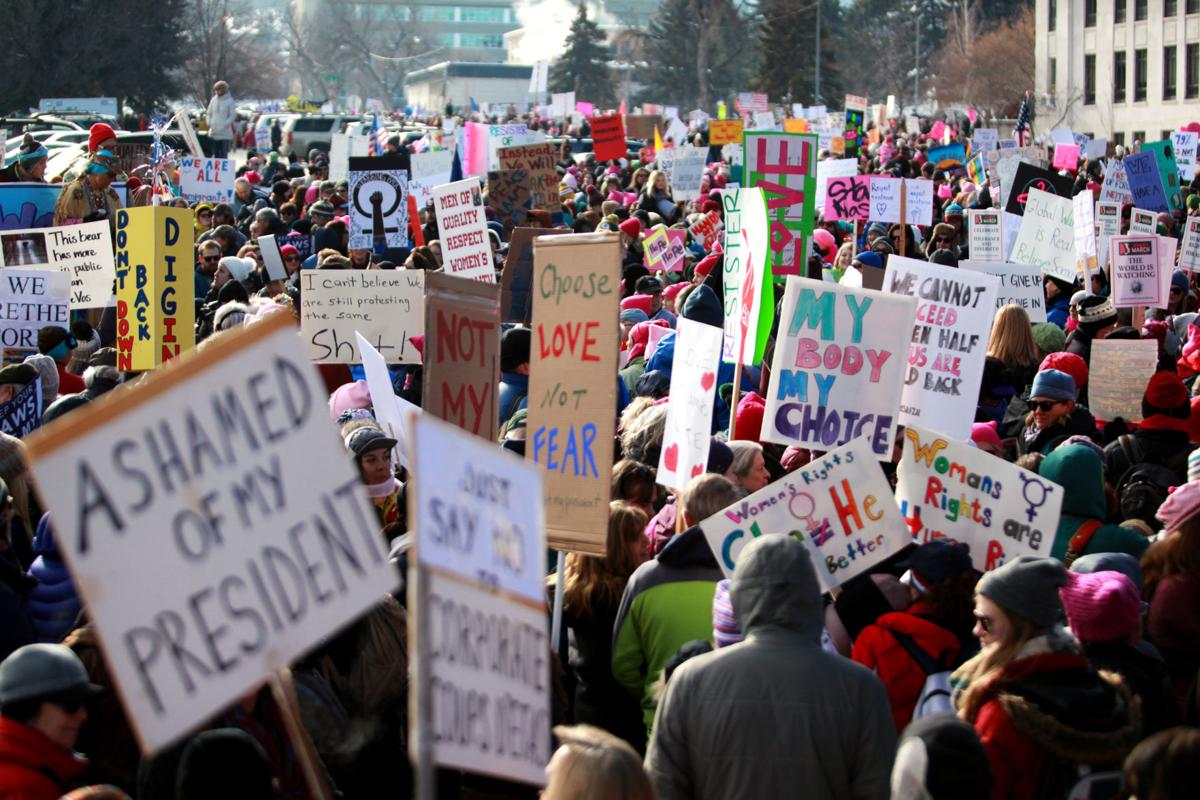 Participants carry signs during the Women’s March in Helena on Jan. 21, 2017.

Thousands of people gather outside the Montana State Capitol in Helena for the Women’s March on Jan. 21, 2017. This was one of many sister marches held in solidarity with the Women's March on Washington in D.C. The ACLU estimated that there were 10,000 participants at the march in Helena.

Marchers surround the Montana State Capitol in Helena during the Women’s March on Jan. 21, 2017.

Early numbers estimate 10,000 marchers gathered for the Women’s March on Montana in Helena Saturday. The Montana march joined 600 other Women’s Marches all over America and the world one day after President Donald Trump’s inauguration.

Deborah Tomas, a longtime activist, came to the march to be surrounded by friends.

"If I don’t make it be known that this administration isn’t done with my approval, I haven’t done my responsibility,” Thomas said, while others said they came to be unified not divided.

Veteran protesters stood next to first time marchers, the atmosphere growing in excitement as the crowd grew. Shyla Stevenson, a sophomore at the University of Montana, came with two family members because she said she wanted to stand for all the women in her life that have showed her how to be strong.

Maureen Hughes, from Bozeman, came to the march with her three-year-old granddaughter and said she is “frightened for the future.” A few trucks with Trump flags passed by, but the march remained peaceful.

The national Women’s March gained criticism for co-opting a movement grounded in the black civil rights movement without encouraging diversity. But organizers in Montana reached out to tribes across the state as well as all religious groups. The diversity showed in the men and women in military uniform and traditional native attire and headdresses. Speakers also ranged from the first lady of Montana, Lisa Bullock, to Judith Heilman from the Montana Racial Equity Project.

Marchers carried with them signs, reading “As we treat women so goes the world” and “Dump Trump” and “Can you believe we still have to protest this shit” and “I love everyone.” The few blocks took the marchers over an hour to finish walking because of the numbers. People pushed strollers and wheelchairs and filled into the front lawn of the Helena State Capitol.

The organizers recognized the native land that the marchers stood on. Rebecca Weston, a co-organizer of the march, told the crowd that to fight, they must find astonishing connection from every corner of the state.

“We vow today to be our own beacons, our own stars,” Weston said.

Another co-organizer, Deb O’Neill, said “this is day one of a call to action across Montana.” While some signs carried anti-Trump statements, the organizers highlighted that the march was not against anyone but a show of strength and support for human rights for all. O’Neill said they did not want to alienate anyone that they would have to work with in the future.

The massive show of numbers, far over the predicted attendance on Facebook of 5,000, left marchers feeling deeply hopeful as they slipped and slid over the snowbanks.

Sophia Kohrman, a senior majoring in Anthropology at UM, said “this worldwide event is just the first of a huge movement for marginalized people’s rights.”

The march unified many movements from Standing Rock protesters to Planned Parenthood supporters. O’Neill and Weston met on Facebook after President Trump was elected and planned the march together. O’Neill said that over the weeks of organizing it became more obvious to her how compassionate and caring Montana is.

The national Women’s March launched a campaign called 10 actions in 100 days following the march, asking for people to first write a postcard to their senators about issues that matter to them.

Tom Breck, a senior majoring in Political Science, also made the trip to Helena for the march.

“Simply showing up to the march isn’t enough,” Breck said. “We have to continue the momentum. Until we can look at our mothers and sisters as equals rather than unequal, how can equality come anywhere?”