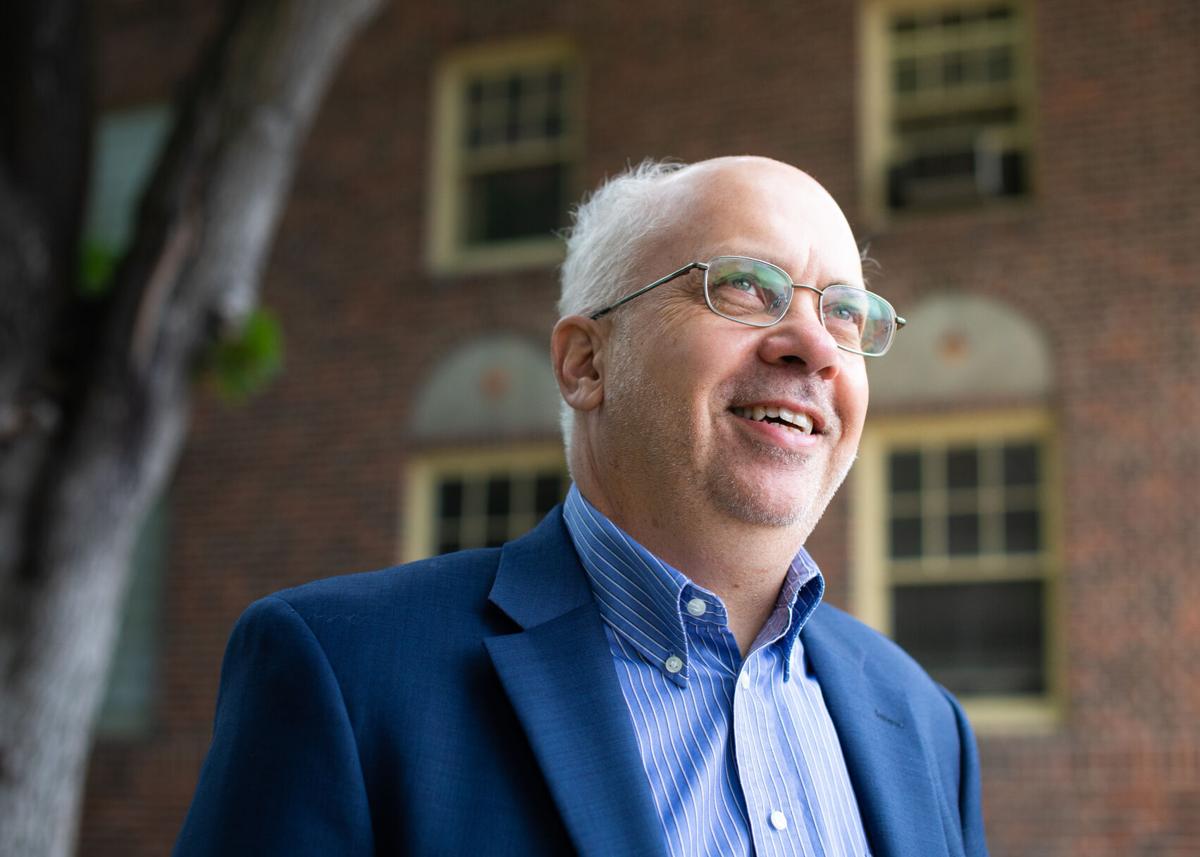 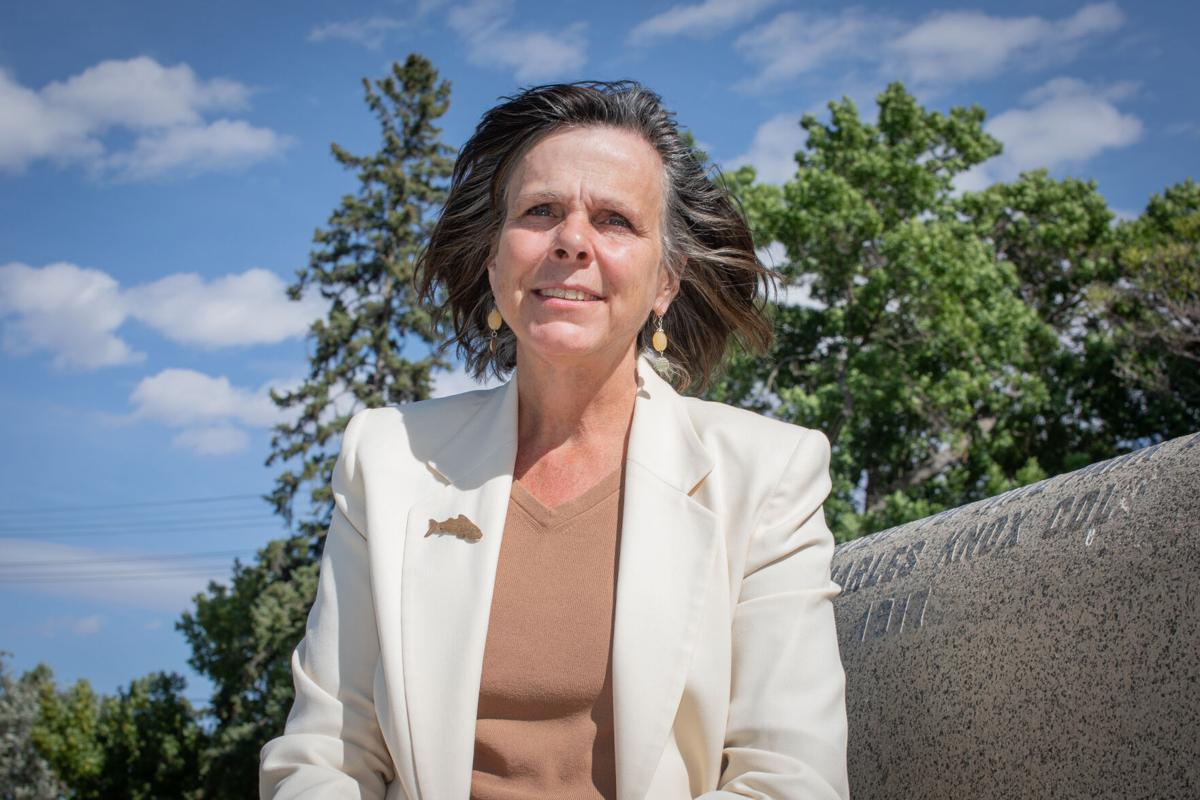 Justice McKinnon grew up in Maryland, earning a law degree from the University of Baltimore.

She has lived and raised her three children in Montana since 1995, and worked as a deputy county attorney for Teton County and a special county attorney for Glacier County for 10 years. In 2006, she was elected as a local district judge, serving for six years before winning a seat on Montana’s Supreme Court.

At the 2020 campaign’s start, McKinnon decided not to seek re-election, in part because her husband had recently taken a job with a North Carolina health clinic. Now he’s back in Montana, where the two plan to remain.

“Being a judge is a privilege,” McKinnon said. “And I’ve enjoyed it very much.”

Black was born in Havre, Montana, and earned a bachelor’s degree at the University of Montana.He received his law degree from New York’s Cornell University and returned to Montana, working as a partner at two firms before starting his own. He was litigation director for the Montana Legal Services Association, which represents low-income Montanans. He has also been an assistant attorney general under AGs Steve Bullock and Tim Fox.

“I have an experience growing up in Montana, and being a historian by nature helps to understand things like the 1972 Montana Constitution with a little bit of context,” he said.

Montana’s nonpartisan Supreme Court elections are often-overlooked races. Rules of judicial ethics prevent candidates from talking about existing or pending cases, so experience, past decisions and associations are important.

In June’s three-way primary to determine November’s candidates, McKinnon won 53% of the votes while Black finished second with 30%.

McKinnon said her experience on the high court is why voters should give her another term. She said serving as a district judge and justice gives her an advantage over Black, who has no judicial experience.

But Black argued his experience in Montana courts qualified him for the race, and criticized McKinnon’s consistency and her readings of Montana constitutional protections in areas like public access.

He cited a 2018 McKinnon dissent in an easement case that would have prevented the state from acquiring land on an eastern Montana ranch for conservation purposes. The Montana Land Board had declined to approve the easement, but Gov. Steve Bullock overrode the decision to allow the purchase. In her dissent, McKinnon argued the Land Board should have the final say. She was the lone dissenter.

Black also pointed to a 2015 dissent where McKinnon opposed the Court’s majority decision allowing public access to a section of the Ruby River in southwest Montana.

McKinnon argued Black did not understand the specifics of the cases in the context they were presented to the Supreme Court.

“I would say that Mr. Black probably has not understood the opinion,” McKinnon said. “When somebody accuses a justice of making a political decision, it’s because they don’t understand the process of making that decision.”

McKinnon has written for the majority in key cases, as well. In 2018, McKinnon authored the Supreme Court’s decision to strike down a tax credit benefiting private, religious schools in Montana. Conservatives appealed the decision to the U.S. Supreme Court where it was overturned this year, 5-4.

McKinnon said she felt the federal court crossed the line into states’ rights in that decision.

“I think they were wrong,” she said. “That decision was an interpretation of the Montana Constitution.”

Critics claimed these ads were funded by “dark money,” or untraceable donations. University of Montana constitutional and elections law professor Anthony Johnstone said then that in judicial races, these independent expenditures can dominate the campaigns.

McKinnon, who denounced the ads at the time, said the controversy factored into her initial reluctance to seek reelection this year. She said the ads weren’t a reflection of who she is and how she decides cases, adding that it’s been hard to overcome claims to the contrary.

“That’s been hard to live with,” she said, “because (the attack ads were) not an accurate statement about who I was as a person. I didn’t want to go through it again. I wanted to run another term, but I didn’t want to take the personal risk.”

As of early September, little dark money has appeared in this year’s lower-profile races, though it’s behind the issue-based ads in the U.S. Senate, House and governor’s race. Both Supreme Court candidates are relying on donations from individuals. Such contributions are strictly limited, but they do reflect support.

Notable donors to McKinnon include U.S. Congressman Greg Gianforte and his wife, Susan. On Black’s side, former mayors of Missoula Mike Kadas and Daniel Kemmis have donated to his campaign, along with retired Missoula District Court judge Karen Townsend.

McKinnon has not listed endorsements on her website as of September.

More coverage of the 2020 election from the Montana Kaimin

So, here’s the question: How much power should local governments have to regulate firearms or prevent their possession by felons, minors, undo…

Marijuana is back on the ballot for the third time in the last five election cycles. But this year, Montanans will decide for the first time w…

As a part of a record breaking voter turnout year, Republican Montana candidates swept all statewide competitions in the 2020 general election…