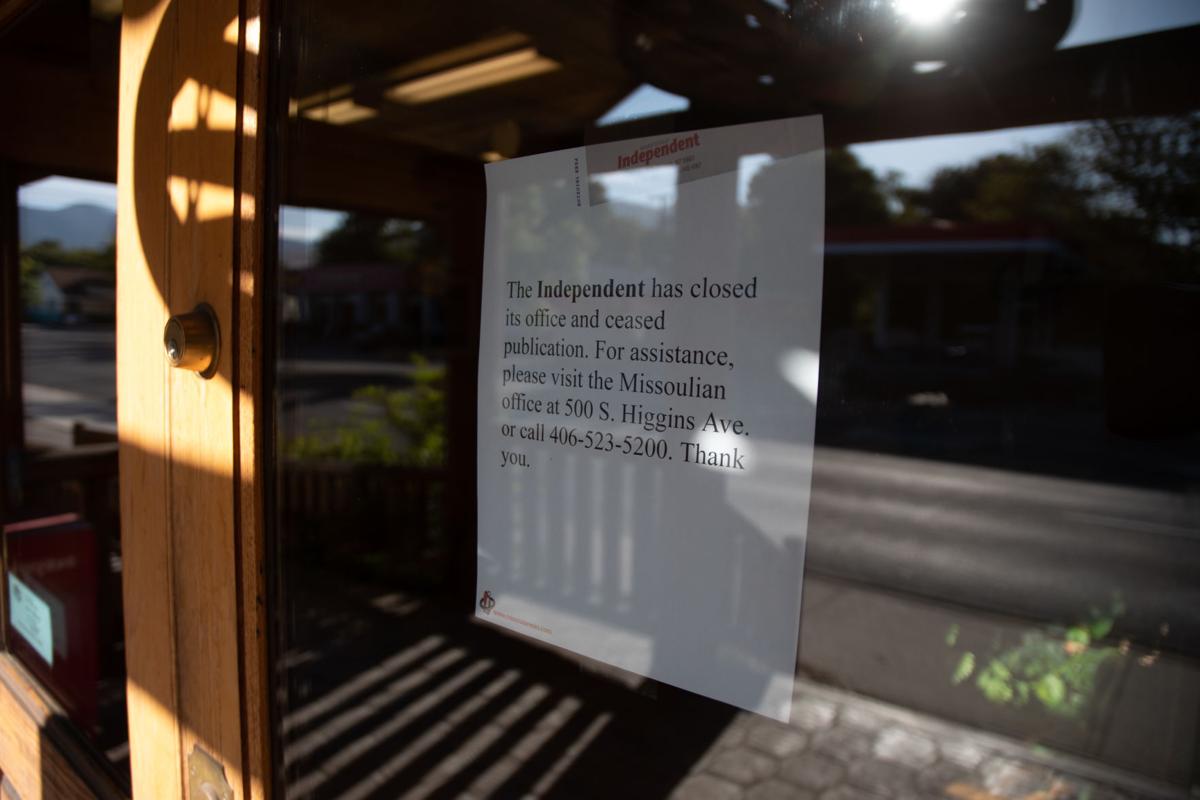 The Missoula Independent closed on Tuesday, September 11, 2018, with this notice posted on their door. 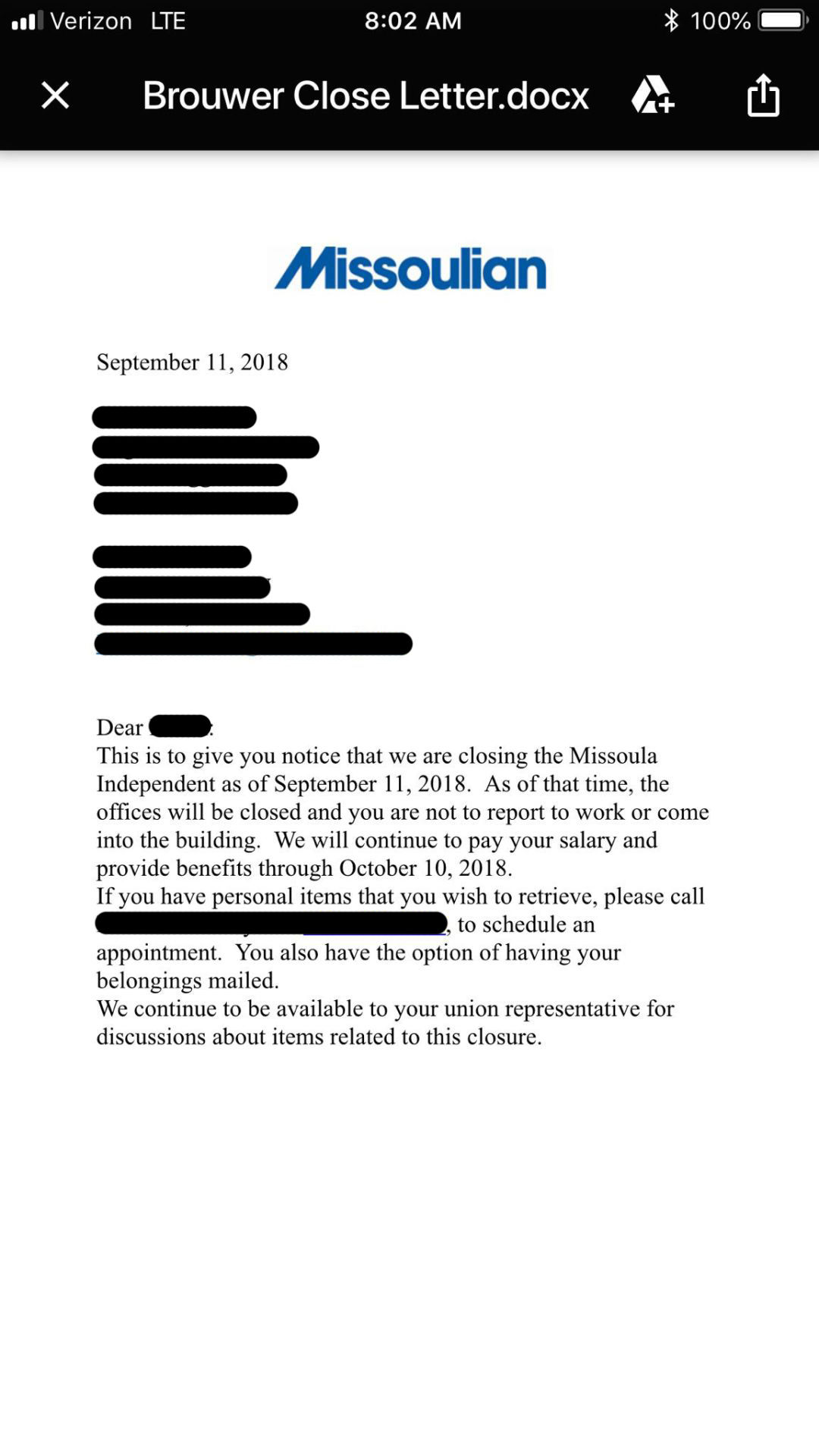 Letter to Indy staffers, recieved at about 8 a.m. Tuesday morning.

The Missoula Independent, a 27-year-old local alternative weekly, was shut down by its parent company, Lee Enterprises, this morning.

The Indy was acquired by the newspaper conglomerate, which owns five other Montana papers including the Missoulian, in April 2017.

Staff woke up to a voicemail and a letter emailed to them early this morning informing them to “not report to work or come into the building.” They are still company employees until the end of the fiscal month, October 10.

The Indy’s staff unionized in April, and were in the midst of collective bargaining with Lee Enterprises when they received the notice this morning.

Derek Brouwer, an Indy staff reporter and bargaining committee member, said Lee Enterprises had not reached out past this morning’s communications, despite multiple attempts by the Indy staff to contact it.

“We are trying to gather as much information as is possible to better understand why they made the decision they have and why they conducted it the way that they have,” Brouwer said.

The Missoula Independent’s website no longer works. The web archives and old Indy stories online redirect to the Missoulian website, and the staff is locked out of their emails.

“One of the biggest immediate concerns of the staff was the company’s plans for the archives of the paper,” said Brouwer “There’s twenty seven years of rich, important reporting on the community that disappeared this morning.”

The Missoula Independent was the only non-student alt-weekly newspaper in Montana.

“We were all surprised by this,” Brouwer said, adding that his first thought after receiving the email this morning was frustration at the reporting and effort that went into this week's cover story, which will go unpublished.

Lee Banville, an associate professor of journalism at the University of Montana, has followed the Indy and its unionization closely.

“When Matt Gibson sold the Independent to Lee, there was almost immediately a pretty good chance this was going to happen because other alt-weeklies that have been purchased by paper chains have been closed,” Banville said.

Gibson was hired as the general manager of the Missoulian and Ravalli Republic, in addition to the Indy, after the sale.

Deleting the newspaper’s digital archives struck Banville as almost personal, he said. Other alt-weekly’s website archives remain that have been shut down by corporate parents, he added.

“The Indy is gone. I hope they reconsider that because that is a loss of 27 years of reporting,” Banville said. “The mix of arts and culture reporting with investigative reporting doesn’t exist anywhere else in the state.”

Last year, Banville’s audience research class found people who liked the Independent “really like the Independent” and believe that it is part of what makes Missoula, Missoula.

“The Missoula Independent sort of made Missoula weird,” Banville said. “Nobody had any affection for the Missoulian, even though they valued it.”

Alex Sakariassen, a reporter for the Indy for the last nine and a half years, was on vacation in rural Montana this morning preparing to return to the paper for election season reporting.

The community is losing a voice with the Indy, Sakariassen said.

“I think it’s losing a voice for culture, for the arts, for political discourse, for local businesses,” Sakariassen said. “Missoula is losing a lot.”

The staff members of the Indy are still in severance negotiations. Matt Gibson, former Indy owner-turned-general manager of Ravalli Republic, the Missoulian, and the Independent, could not be reached for comment.

A scammer, a half-naked nuisance and a possible Batman sighting