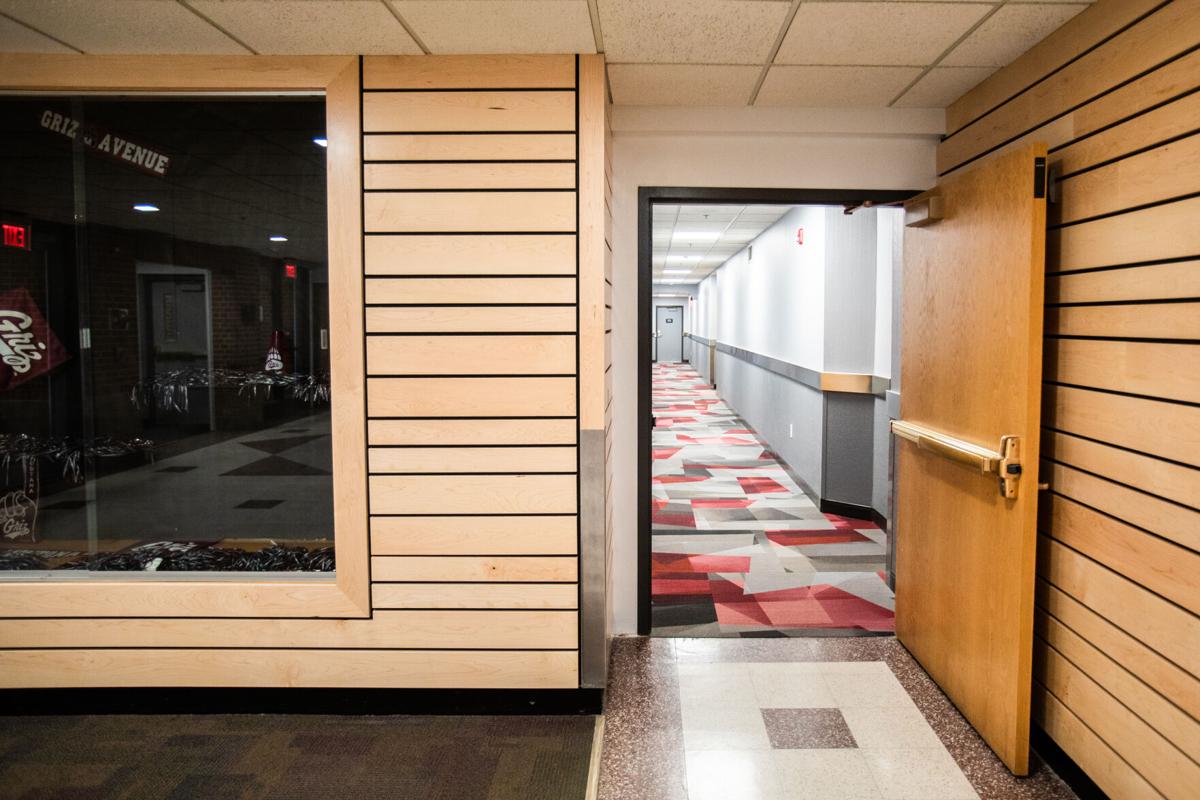 New wood paneling and fresh carpet decorate the renovated first floor of Pantzer Hall. Several floors in the residence hall were renovated over the spring and summer. The rest will be finished during fall semester and winter break. 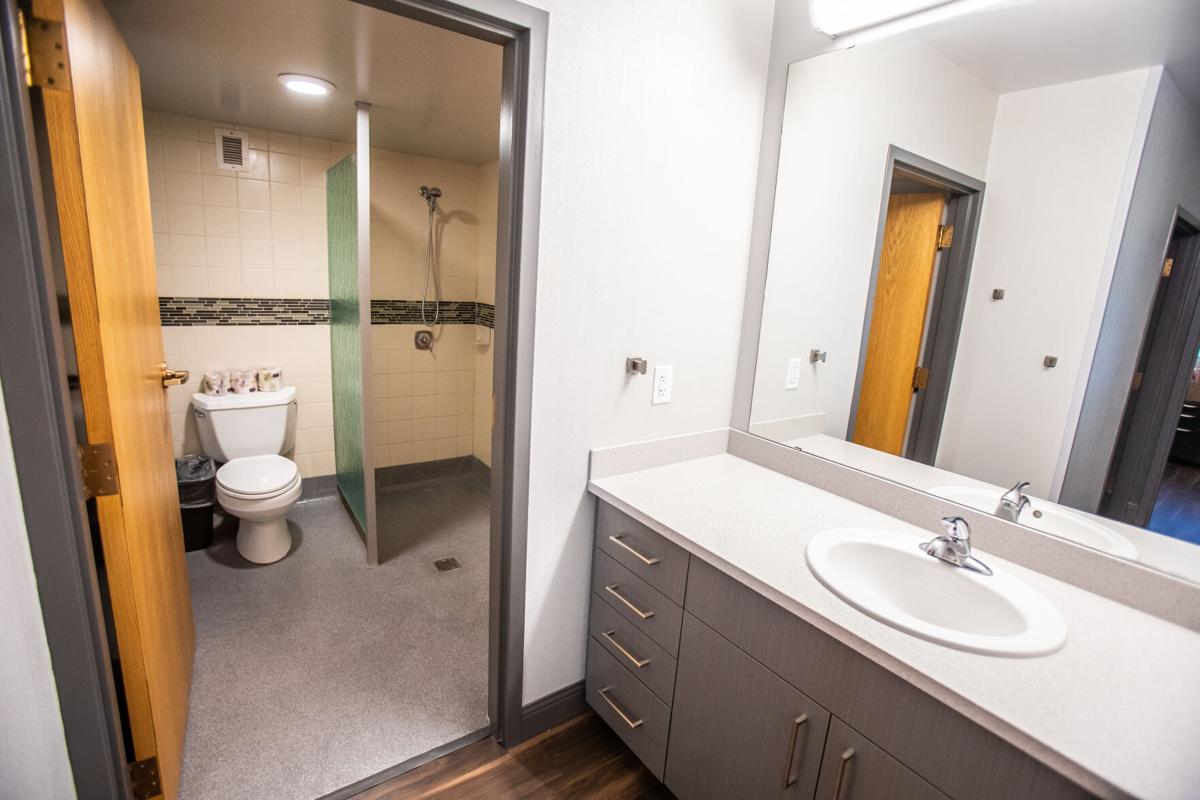 The bathroom renovations in Pantzer Hall suites include new tiling and the removal of the bathtub. 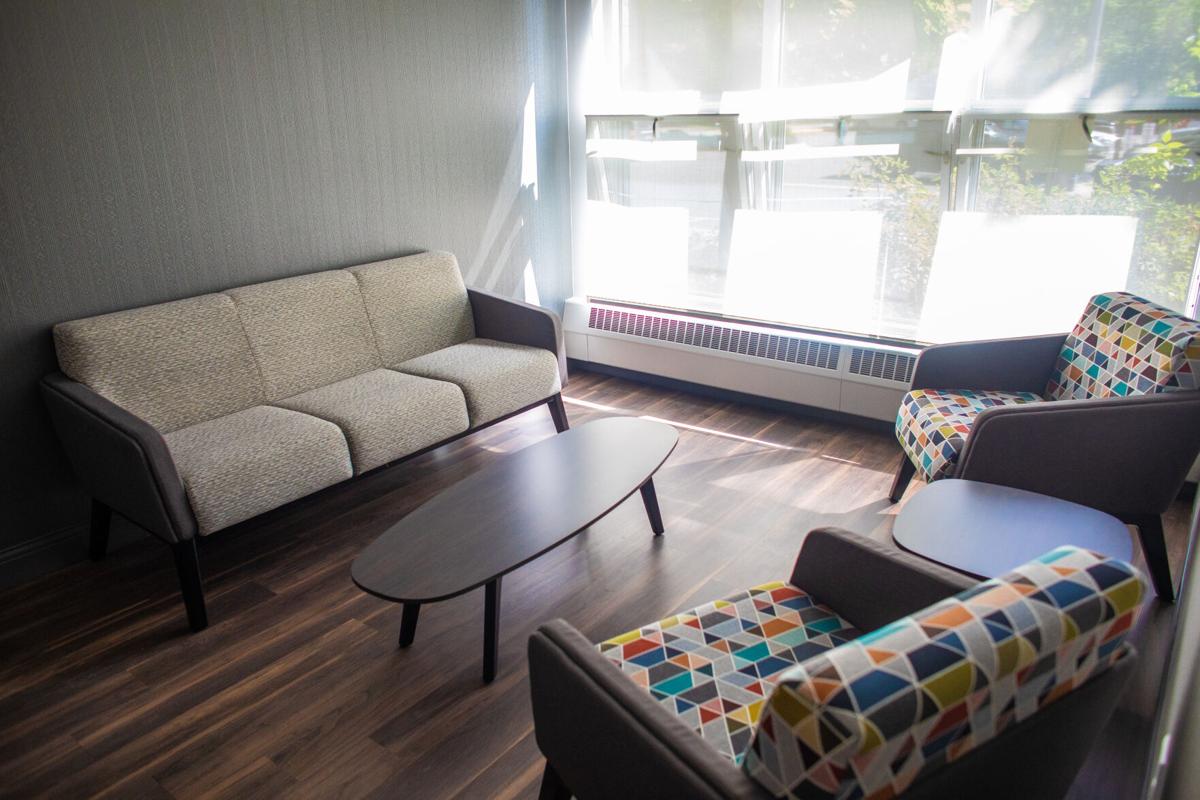 New furniture sits inside a freshly-renovated Pantzer Hall suite on the first floor of the building. UM spent spring semester and the summer working on renovations in the Residence Hall and will continue through fall semester and winter break. 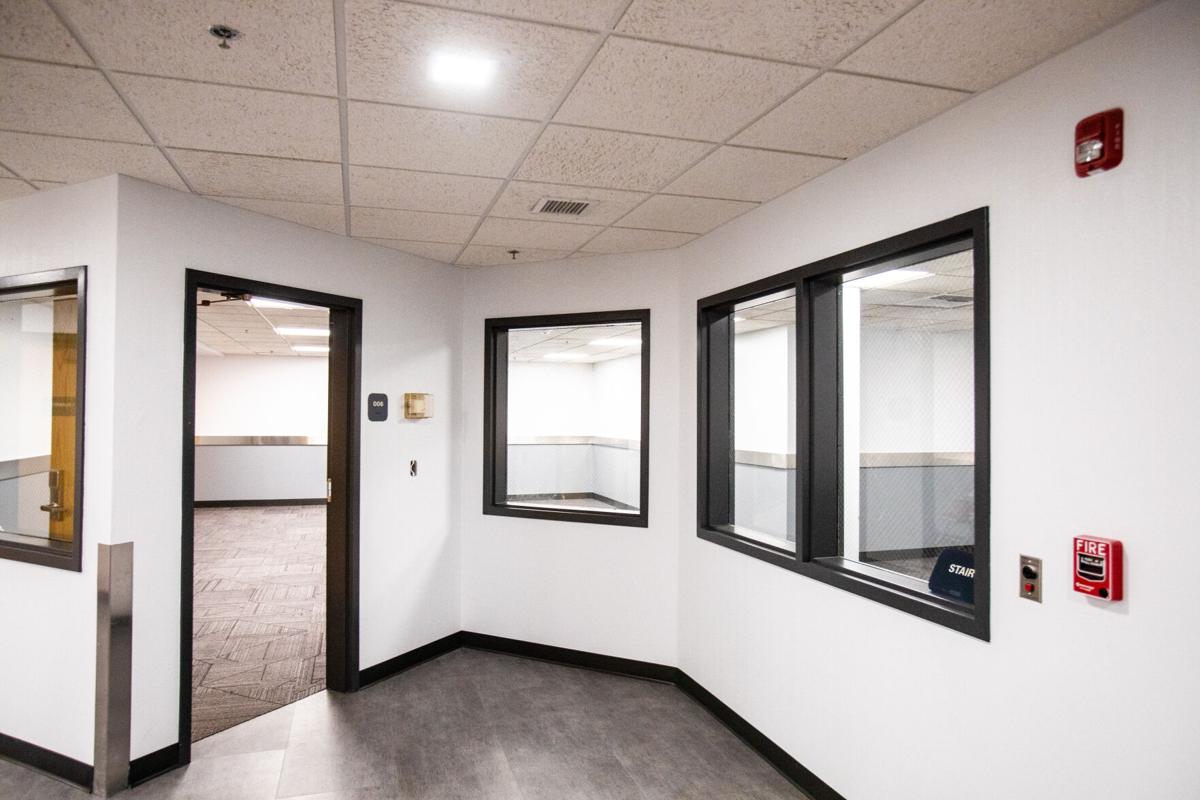 A newly renovated basement lounge in Pantzer Hall sits empty, but will soon include furniture, computers and other student necessities.

A new black aluminum panelling covered the years-old yellow stucco walls outside of Pantzer Hall this fall, as UM Housing continues the multimillion dollar renovation to the dormitory. The $4.6 million summer project has so far reshaped all but the third floor of the building and some common areas.

“This project was pretty difficult, we had to do a tremendous amount of work in a short period of time,” school architect and project manager Jameel Chaudhry said. “When we started the project off in May, we weren’t sure if construction would happen.”

UM Housing and Facilities services dedicated the summer of 2020 to implementing the largest dormitory upgrade since 1995, the year Pantzer was built. According to Chaudhry, the new changes are part of an effort to keep up with the modernization of dormitories across the country, as well as giving UM the ability to compete against private sector student housing.

The University of Montana first built Pantzer Hall in the summer of 1995. The residence hall features four-room suites, each one equipped with a living room, kitchenette and two bathrooms. Chaudhry said the building was also the first structure on campus to follow the guidelines of the Americans With Disabilities Act of 1990.

The new project replaced furniture in bedrooms and study lounges. All of Pantzer was also repainted with a new color scheme of beige and gray and the project replaced the linoleum floors and different colored carpets in the hallway on each floor.

Updates were also done to the bathrooms, which now have more cabinets and new sinks. The housing department added new appliances like fridges and microwaves, although some of the appliances’ shipments have been delayed.

The fourth floor wall is now covered in metal plating, and workers flattened a raised concrete semi-circle north of the building for more walking space.

UM Housing Director Sandra Curtis said the project was able to start ahead of time because of the early departure of students due to the COVID-19 pandemic in the spring. Though the project started early, the moved up fall semester made it impossible to finish every part before classes started.

“All along we knew this was a big timeline to actually get everything we planned done,” Curtis said. “After the fall semester ends, all the contractors will come back and finish the third floor and also finish up stuff in the basement and first floor.”

The project fell into uncertainty after Montana Gov. Steve Bullock mandated a statewide stay-at-home order on March 27, but the essential worker list included construction and general contractor work. Contractors worked inside Pantzer to renovate the building.

Chaudhry noted he was concerned about workers testing positive for the coronavirus while on the job.

“If a positive test came in then they would have to shut down for at least a few days,” Chaudhry said.

Luckily, no worker came in sick or tested positive for the virus while the renovation was in progress, Chaudry said. He credited this to workers for spacing out while working.

The contractors finished all but the third floor and exterior work just a week before students moved in to start the fall semester. New freshman and Pantzer Hall resident Cathleen Doisher, said she did not know if she would be able to move in on time with all the renovations.

“I got a lot of emails telling us we might not be able to move in until the latest day because they didn’t know if it was going to be completely renovated,” Doisher said.

Doisher eventually moved in on Saturday, Aug. 15, around the same time many other students at UM moved in. She said she loves the new changes to the building.

“It has hardwood floors, which are dark, our closet space is hardwood as well, and our bathrooms are really nice,” Doisher said. “It is really clean.”

Money for the renovation came as a part of new retail bonds from September 2019. Out of the $146 million addition, $62 million was designated to improve on-campus infrastructure.

The Pantzer project finished out at a total of $4.6 million, which Chaudhry said was slightly over budget. The housing department asked for more funds from the UM administration over the summer, which were approved.

The campus has not seen major housing changes since upgrades to Miller Hall in 1995, which added fifth floor single suites and extended the building to feature the first three-room pods on campus.

Missoula Paddleheads hopeful for the future

From bovines to blocks: the story of Alicia Wallingford