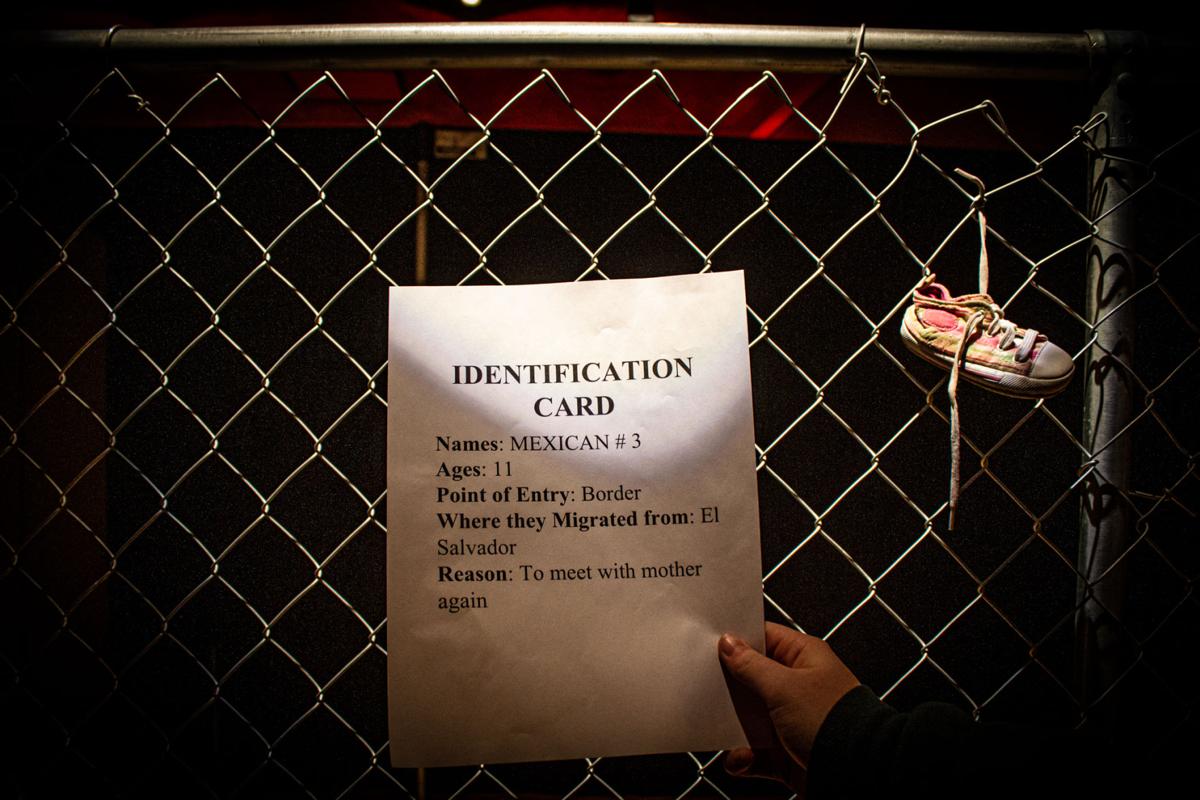 An identification card listing a Latin American refugee's status is held against the backdrop of a cage with a child's shoe tied to a chain-link. The exhibit informed about the oppression Latin American refugee children face when they are detained by United States custom officials. People on the tour were given the identification cards and took turns reading them aloud to the group in the U.S.-Mexican border detention center setting. 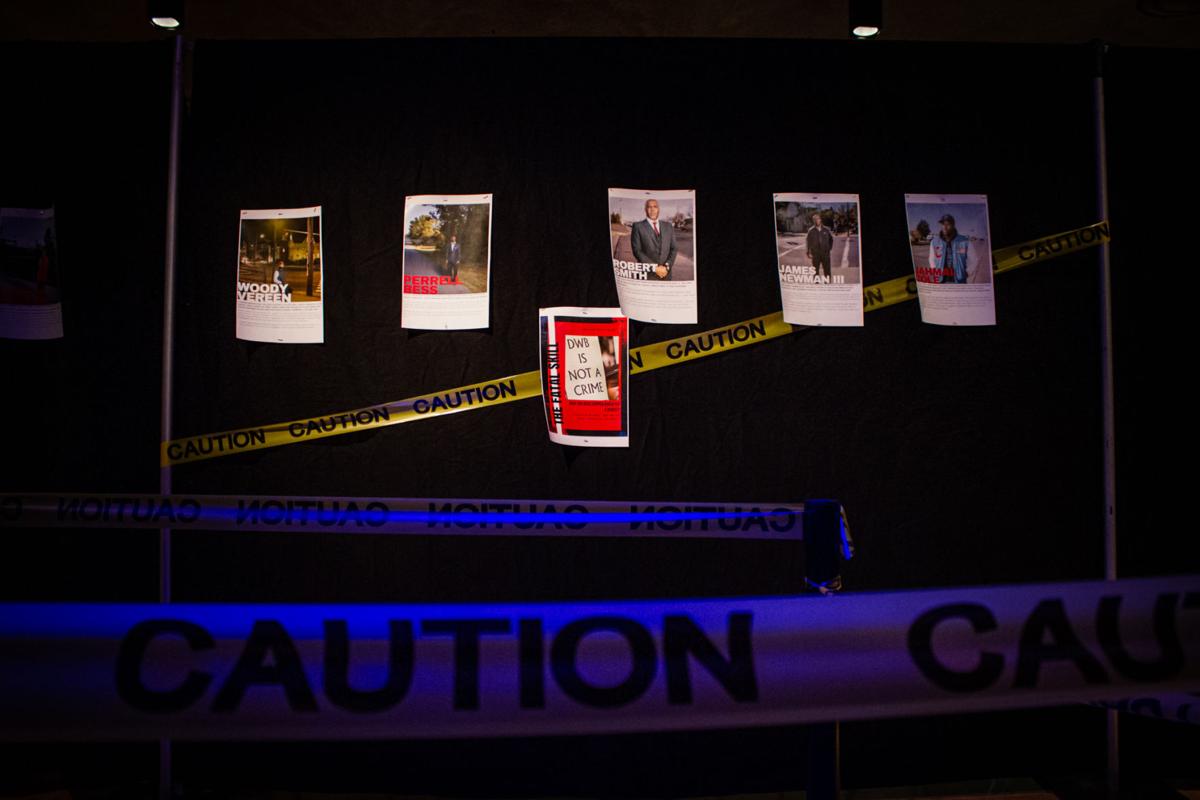 Pictures of African American men and women who have been victim to police misconduct hang in the Tunnel of Oppression's last exhibit put on by the University's Black Student Union. The Tunnel of Oppression was held on the University Center's third floor and open for public tours March 9 through the 11. The gallery challenged audiences to reconsider their biases with seven exhibits that dealt with issues such as body shaming, immigration, and toxic masculinity. 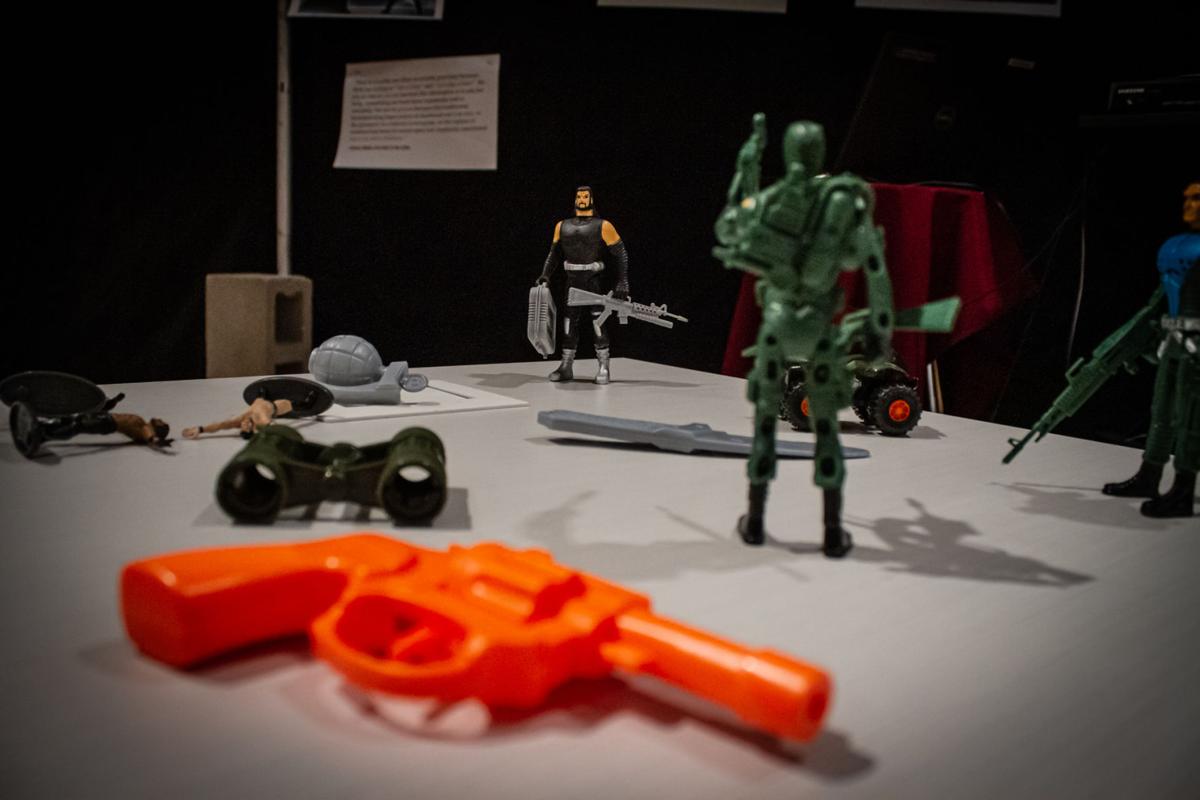 A plastic toy pistol and action figures armed with automatic weapons are assembled in the exhibit that focused on toxic masculinity. Male aggression was depicted in photos on the exhibit's walls with images of violent video game carnage and celebrity action heroes such as Arnold Schwarzenegger holding an automatic rifle. The topic of male sexual aggression was also featured in the exhibit.

“The University of Montana is proud of its decade-long tradition of offering the Tunnel of Oppression to students, employees and the community. This immersive experience has impacted and educated many already, and we look forward to welcoming Missoula businesses and community members to join in the learning,” UM President Seth Bodnar stated in a press release.

The Tunnel of Oppression first appeared as a grassroots diversity program at Western Illinois University in 1993, according to the event’s website. UM’s exhibit shows scenarios and stories of oppression that individuals from marginalized groups experience, according to student coordinator Megan Starnes.

“It is really important to educate ourselves,” said Starnes. “We shouldn’t be putting education on the shoulders of marginalized communities.”

Various clubs and organizations, such as the Associated Students of the University of Montana and the Black Student Union, worked with Starnes to create original booths.

“It [the exhibit] gives students the opportunity to take this narrative and put it into a three-dimensional format, and try to put the person into the place,” said Joseph Grady, a student adviser at UM.

Grady acted as a mediator for groups after they finished walking through the booths. It’s his eighth year with the program, and he said that the Tunnel of Oppression can be an eye-opening experience for people.

The tour weaves viewers through a lengthy passageway with different interactive displays. Some displays included videos, while others were more interactive. In one booth, students were invited to play a game of musical abortion chairs to demonstrate a lack of family planning access in Montana and the United States. A graphic read that between the years of 1983 and 2020, the number of abortion providers in Montana dropped from 20 to four.

In another booth, audience members read the biographies of young migrants from Latin America while they stood in a makeshift cage. The cage represented detention facilities along the southern border.

While informing University students on the issues, Grady wanted participants to try to understand how marginalized groups feel.

“A person in a scene is essentially trying to evoke some sort of emotion or a sense of what it is like for other people and their experience,” Grady said. “I think it is important to expose students to these types of pressures and factors in society to give us a sense of a larger world.”

Starnes first worked with Grady on the Tunnel of Oppression when she was still in high school in Missoula. Now a double major in sociology and African American studies, with a minor in women and gender sexuality studies, she wants to expand issues presented at the exhibit in the future.

“Hopefully we cover broader topics, more immersive and more relatable for folks, and possible narratives that are less mainstream,” Starnes said. “The things people haven’t heard about so they can have their eyes opened.”