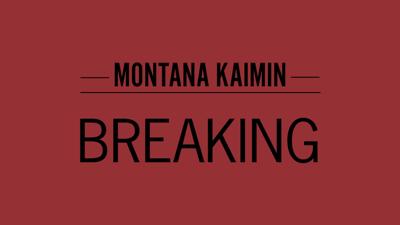 Multiple assaults reported on Mt. Sentinel Friday afternoon led to campus and city police, along with deputies and EMTs, to work their way across the mountain to attend to the injured and search for a suspect.

Emergency crews transported at least two people to the hospital and found others injured before a suspect was taken into custody.

University of Montana spokesperson Paula Short said that at least one person was transported to the hospital, but could not speak to the extent of the injuries or whether the suspect was included among the hospitalized.

“We don’t have any info other than that the suspect is in custody,” she said.

Short said that more details would be available as soon as police completed their investigation. UMPD will be the lead agency, with city police assisting.

According to police scanners, one victim was injured after the suspect allegedly threw a rock at his back. Another sustained a head wound, but was in stable condition. Multiple other hikers were led down the mountain following police closure of the M trail.

A report of a woman assaulted on Mt. Sentinel spurred a campus-wide alert. Her condition was unknown as of print.

At 2:30 p.m., “UMPD and local EMS responded to Mount Sentinel after a woman was physically assaulted while hiking in an area north of the M-Trail and down from the M,” the email stated.

Paul Short said that police received a description of the suspect as a white male dressed in black pants, shirt and baseball cap.

Short said that following the alert, police received a report from a hiker of a man fitting the description and “behaving erratically” while making his way past the M. According to Short, a group of hikers then encountered the suspect.

Short could not provide any details on what happened beyond the encounter ending with the suspect in custody, and “others with injuries.”

Short said that the timely warning system in the form of the campus-wide alert proved beneficial in both alerting hikers in the area to the assault, and assisting law enforcement in locating the suspect.

“We even had Life Flight up in the air who did a quick scan of the area. But with so many people hiking the area, it was too difficult for them to conduct an accurate search,” he said.

Anyone with information regarding the assault is encouraged to call UMPD at 243-6131. More information will be added as it becomes available.