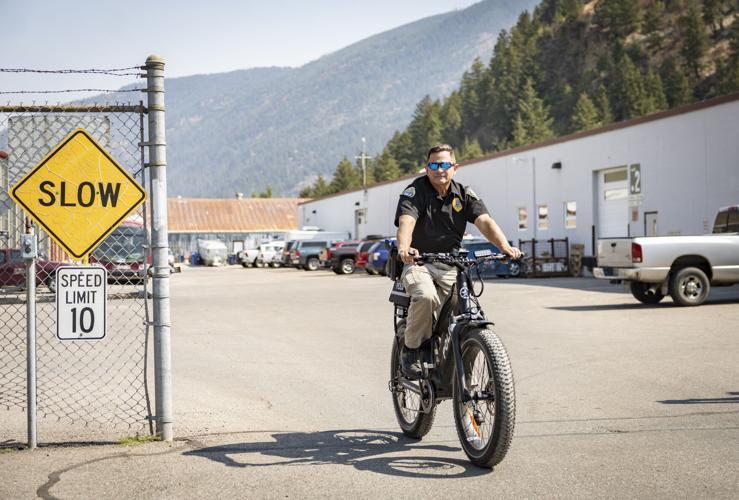 Brad Giffin, UMPD Chief, stands behind one of the new e-bikes that will be used for the police to get around campus on Sept. 2. "With the heavy congestion with vehicular traffic we can zip around the University without getting stuck in traffic at all now," Griffin said. 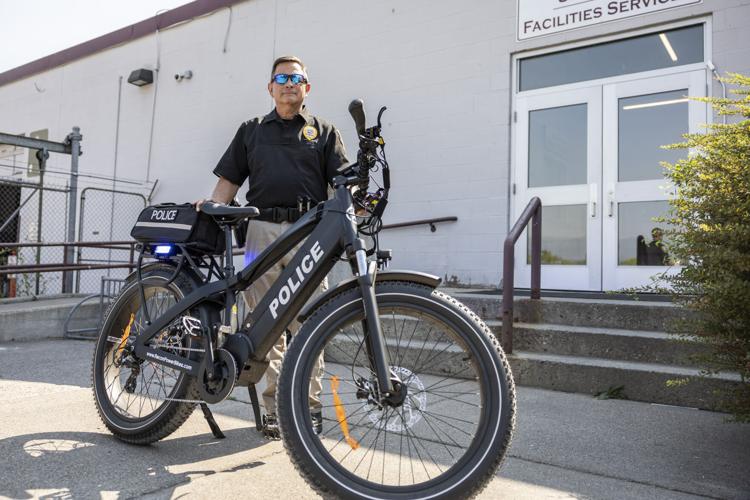 Brad Giffin, UMPD Chief, stands behind one of the new e-bikes that will be used for the police to get around campus on Sept. 2. "With the heavy congestion with vehicular traffic we can zip around the University without getting stuck in traffic at all now," Griffin said.

Students will see the University of Montana Police Department around campus on new electronic bikes this semester, which aim to speed up response times and officer mobility.

UMPD purchased two brand new police e-bikes over the summer, and bike officers have started testing them throughout campus. The tests will help lay out the department’s procedures and safety when using the new bikes on patrol.

“It’s just our hope that we’ll be able to get across campus more quickly, especially when there’s so much congestion from students or events,” said Brad Giffin, UMPD chief.

UM is considered a closed campus, which means there are no direct street accesses through the campus, according to Giffin. This makes cars or other motor vehicles less effective when trying to respond to a call in the area.

The new e-bikes hope to solve this mobility problem by allowing officers a faster way to go from one point to the next through the sidewalks on campus, according to Dave Kuntz, UM director of strategic communications.

The new e-bikes will also help with officer fatigue due to the electronic pedal assistance. E-bikes have batteries connected to the pedals that supplement the pedaling, especially uphill.

“The benefit of the e-bike is when an officer gets there, they’re not worn out, because the bikes are pedal assisted,” Giffin said.

The new bikes have a battery life of around 30-50 miles depending on how much the officer manually pedals. They take about six hours to fully charge once they run out of juice.

Giffin has some reservations about the new rides weight. The bikes weigh around 80 pounds, which can take away from the mobility factor. Officers cannot pick them up and take them anywhere like they could a normal mountain bike, according to Giffin.

However, the benefits of response time and the positive impact Giffin anticipates the bikes will have on UMPD’s campus relations overcomes the weight factor.

“I think they’re friendlier,” Giffin said. “ It’s easier to approach somebody that’s on a bike than in a car. It encourages people to stop and talk.”

The new bikes have an extra seat that can be attached to the back to help get people in need out of congested areas. This will mostly be used during Griz football games when someone may be in a crowded area that isn’t accessible by car.

The bikes should finish testing within the next two weeks to be fully operational and rolling aroud campus.

The quarterback of Griz volleyball