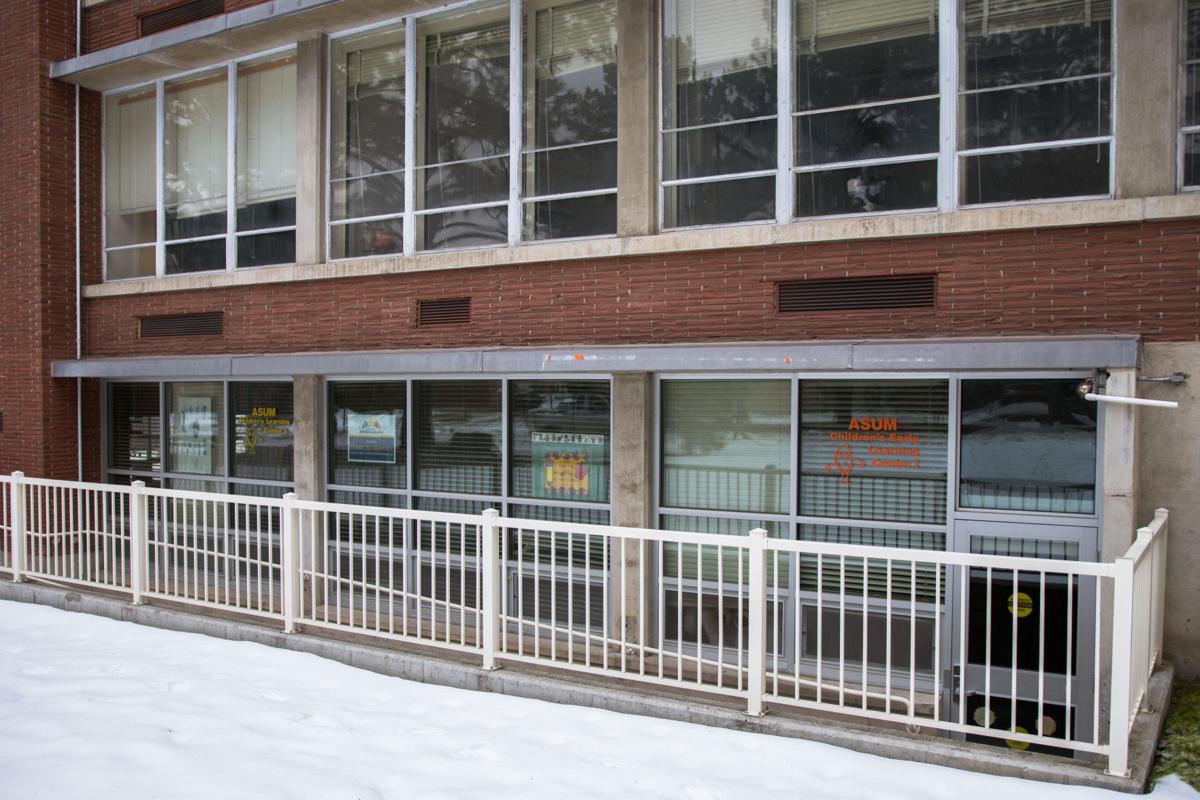 The now-empty Child Care Center on the bottom floor of McGill Hall on Jan. 31, 2019. 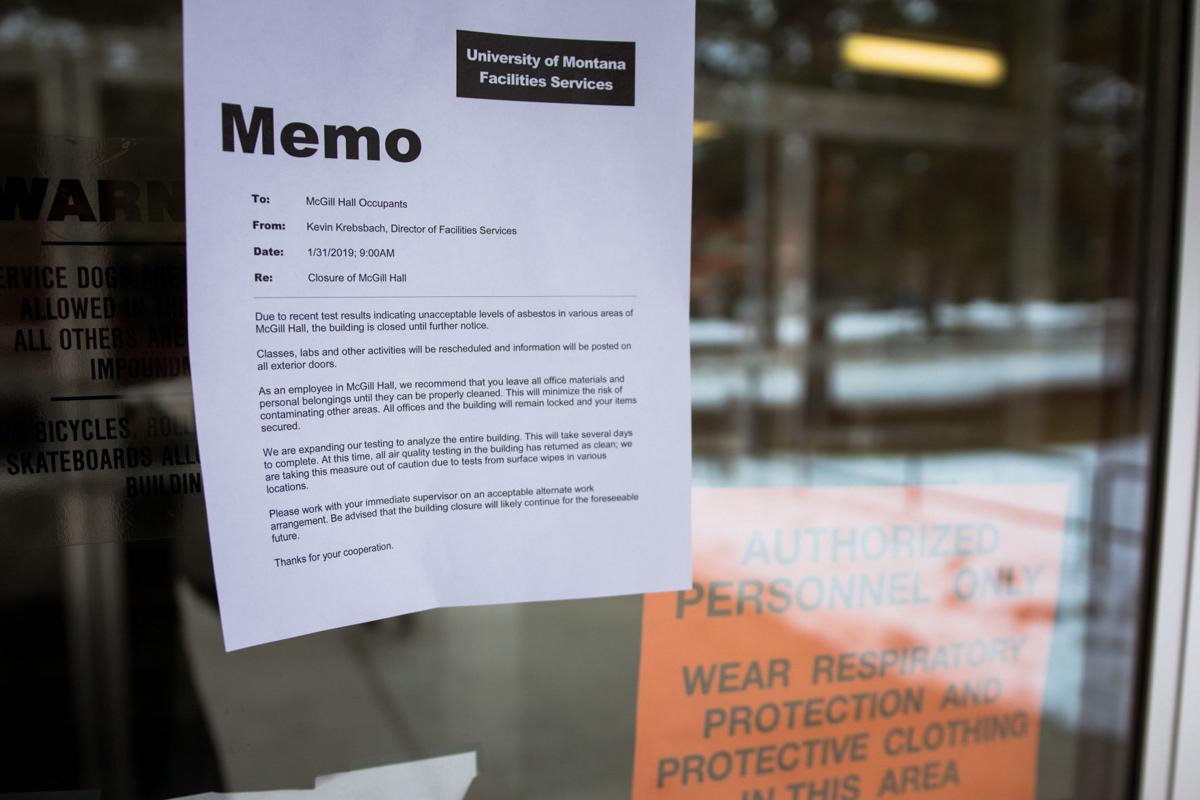 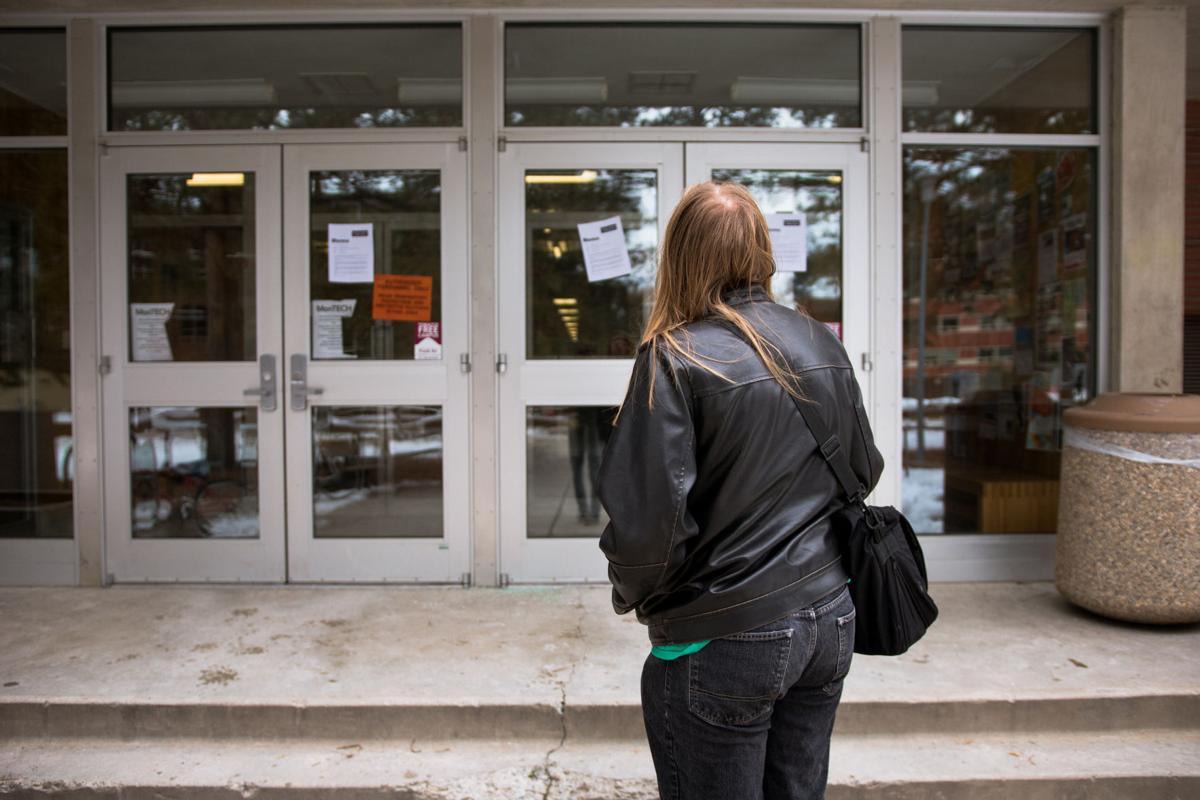 University of Montana student Daniel Burtis stands in front of the newly closed McGill Hall on Jan. 31, 2019. Burtis has two lectures in McGill Hall, Intro to Drawing and Drafting for Theater. Burtis also said he was not notified of the hall closure or any meeting place change for his lectures. 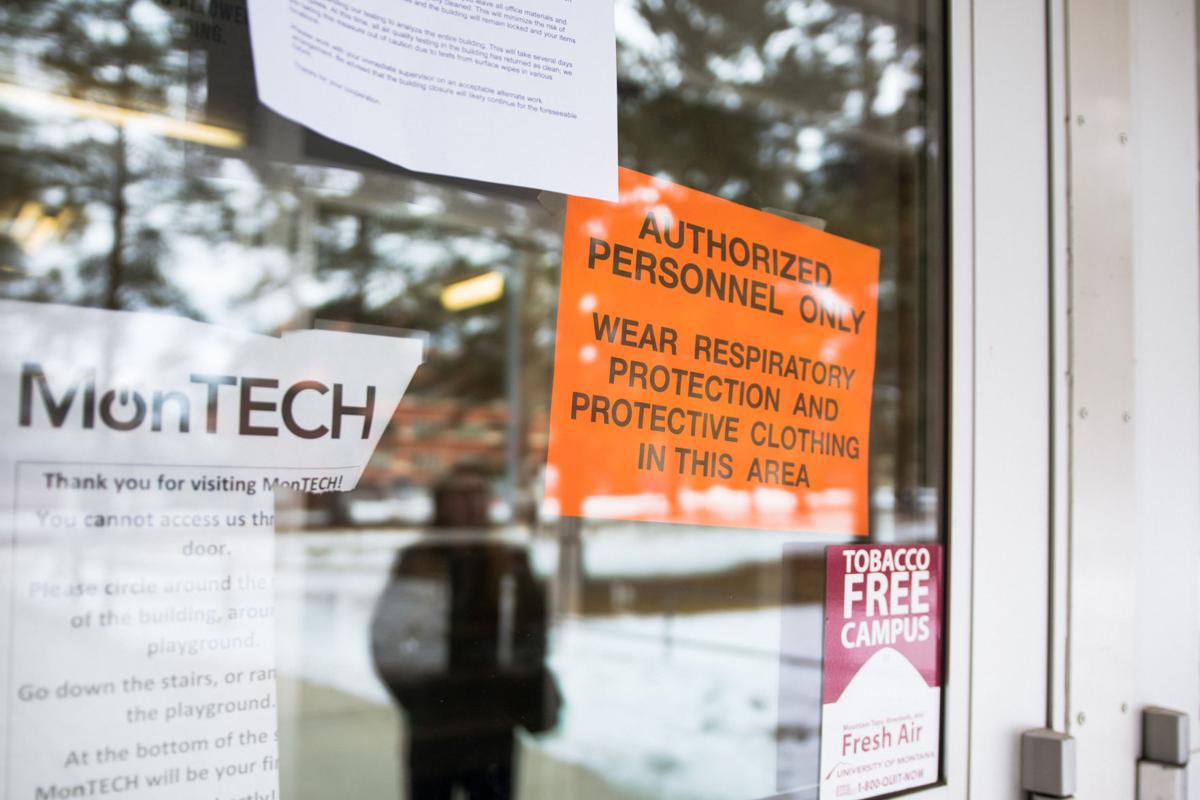 An "Authorized Personnel Only" sign is posted on the front doors to McGill Hall.

The now-empty Child Care Center on the bottom floor of McGill Hall on Jan. 31, 2019.

University of Montana student Daniel Burtis stands in front of the newly closed McGill Hall on Jan. 31, 2019. Burtis has two lectures in McGill Hall, Intro to Drawing and Drafting for Theater. Burtis also said he was not notified of the hall closure or any meeting place change for his lectures.

An "Authorized Personnel Only" sign is posted on the front doors to McGill Hall.

Asbestos found in the ceiling tiles of McGill Hall contaminated classrooms used for the childcare programs at the University of Montana, in addition to three offices.

In a campus-wide email Tuesday evening, Vice President of Operation and Finance Paul Lasiter said inspections throughout McGill revealed that dust contaminated with “unacceptable levels of asbestos” was found in the child care facility, which enrolls 47 children and is owned and operated by the student government, ASUM. The children have now been moved to the College of Education building.

When the asbestos was first discovered in December, eight people known to frequent affected offices received pulmonary tests for any hazardous particles in their lungs. The loose asbestos dust was being blown into specific offices through a heating duct.

According to a Jan. 19 story in the Missoulian, university officials denied that the child care facility would be affected by the specific heating duct supplying air to the affected offices and was not of concern. Ten days later, the children have been moved.

A technician repairing an HVAC unit in McGill Hall recognized the substance, prompting a call to facility services and testing for asbestos-containing materials in the air. The dust came from a wrapping on a valve, worn from absorbing fluctuating temperatures over several decades.

Asbestos, a fibrous mineral known to cause certain types of lung cancer, was used throughout the

20th century in materials that still make up the bulk of buildings on campus and throughout the country.

Kevin Krebsbach, director of Facilities Services, said technicians at UM receive training to recognize anything resembling asbestos while performing maintenance. Because so much of the infrastructure of UM dates back several decades, he suspects that other wrappings in the campus’s heating and cooling system will begin to warp as well.

“If you think of any building older than 1985, it’s suspect,” said Krebsbach. Of the 96 buildings on UM’s main campus, 49 were built before 1985. Those buildings include lecture halls, laboratories and dormitories.

With the cost of testing for air quality, replacements and renovations, the University deals with asbestos piece by piece. City ordinance ensures that any construction project will be tested for asbestos particles in the air. However, the University does not conduct random or regular sampling of the air quality within its buildings.

Some structures, such as the Charles H. Clapp and Health Science buildings receive consistent testing and abatement for asbestos because of their age and how often their labs need rearranging.

Starting in 2006, large-scale renovations began on the Clapp building, completely removing hazardous materials in its top two floors. Previously, a leak caused tiles containing asbestos to crumble to the floor. Even after renovations, the first two floors still had ceilings lined with the material.

Long-term projects in the governor’s budget, submitted in 2016, included funding for completing renovations in the Clapp building and the abatement of all hazardous material on campus. Gov. Bullock’s office allocated in total $12,760,000 for asbestos removal in its proposed budget.

The 2017 state legislative session did not approve any major renovations to clear asbestos on campus and, according to Ron Muffick of the Office of the Commissioner of Higher Education, there will be no legislation for large-scale removal in 2019.

Andrew Ware, a professor and chair in the University’s department of physics and astronomy, has an office in Clapp’s first floor. According to Ware, there has been little talk of removing the rest of the material.

“It’d be nice to finally have it done,” said Ware. “Especially since the asbestos keeps us from being able to install projection systems in the classrooms.”

In the Health Science building, professor Pat Secor had his lab in the Health Science Building shut down during the summer while technicians installed a new HVAC unit and tore through walls. The lab stayed closed to avoid to possibility of students or faculty possibly inhaling asbestos particles raised by the construction.

A report, published by the University in 2009, noted that that asbestos permeates the insulation, fume hoods and floor tiles of the Health Sciences Building. According to Secor, fireproof asbestos is found even in the countertops.

Devin Hunt, 19, works in Secor’s lab as a biology major. According to Hunt, who did not receive any formal notice of the presence of asbestos in the building, anxiety over exposure to the material is low among students.

McGill may reopen soon after clean-up, expert says no “measurable” asbestos in air

An asbestos expert told a group of about 50 concerned parents that there was no “measurable” amount of asbestos in the air at McGill Hall, but…

A stolen bike seat...that’s about it.

Bullet-Poof: How a UM football player’s injury turned him into a TikTok celebrity