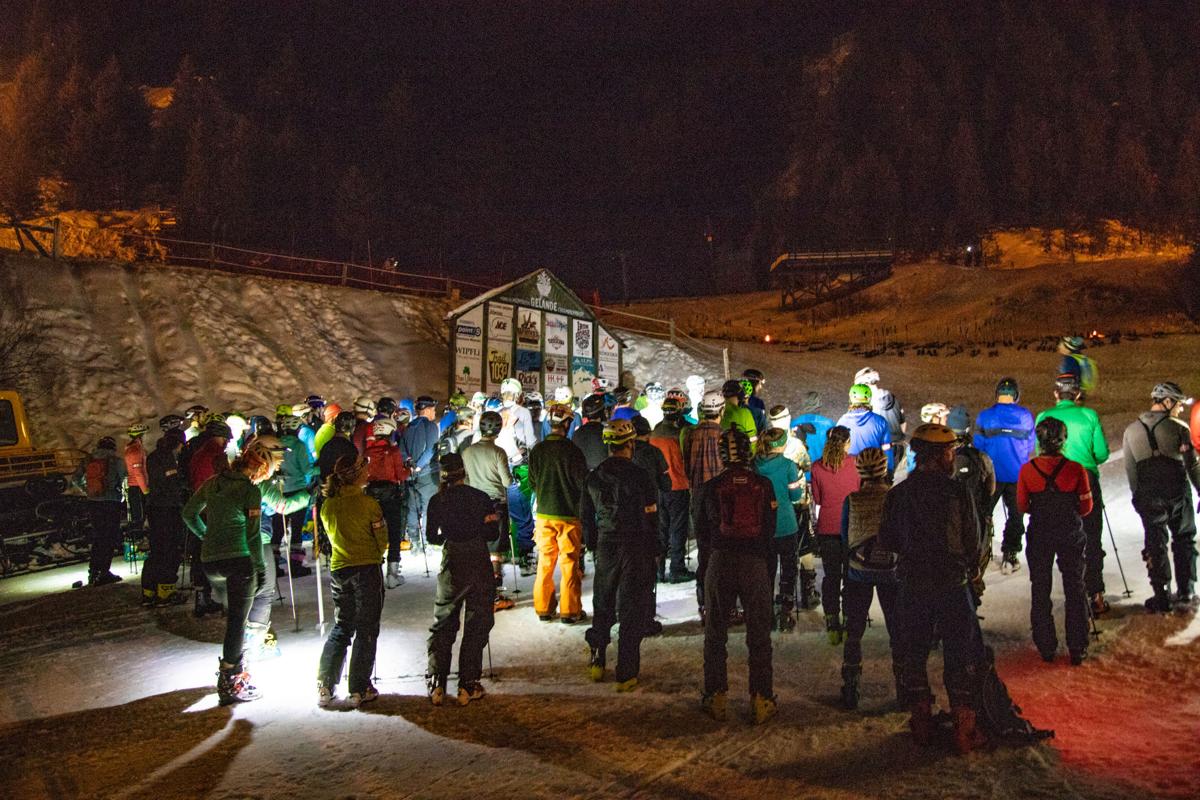 Skiers and snowboarders gather at the base of Snowbowl on Jan. 23 for the weekly race. Each competitor will skin up the mountain using special gear for their skis and snowboards. They will then come down the mountain and do it three more times. 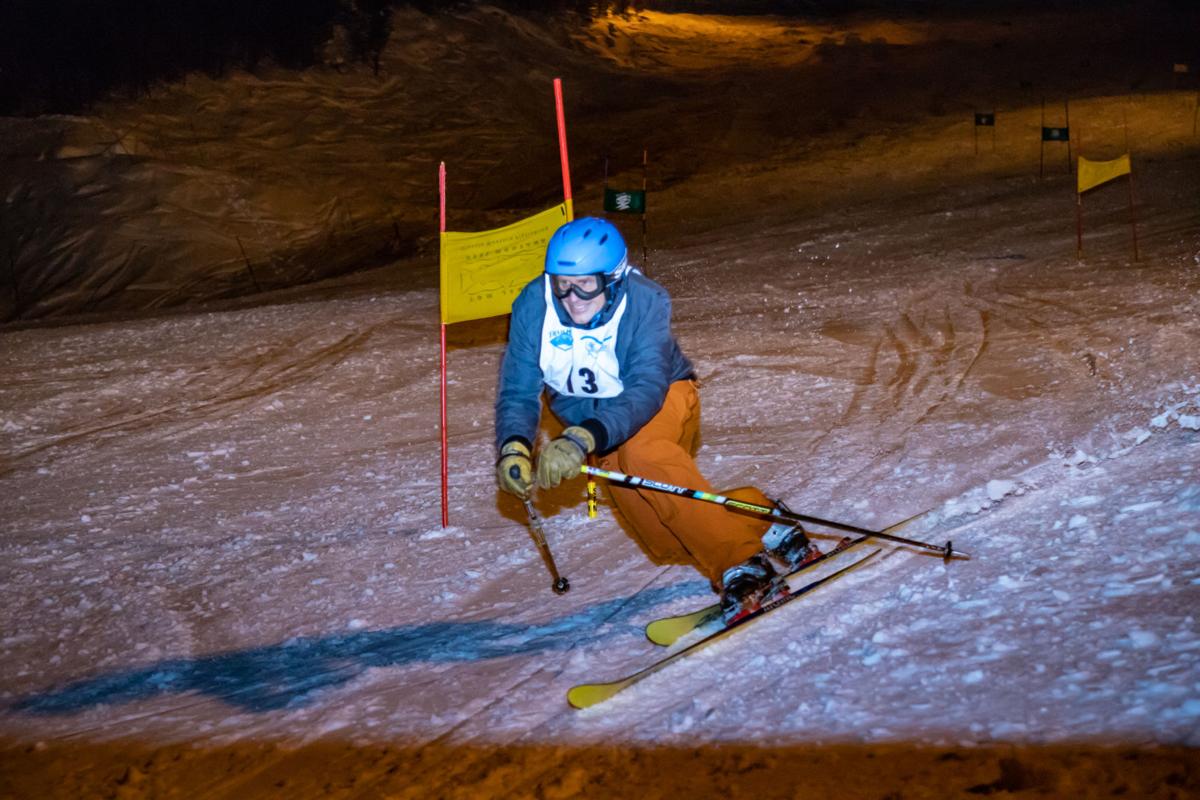 Trent Baker, 50-year-old, Missoula native, skis past the last gate during the Tele Ski Race. Tele skiing requires that your heel comes up as you make turns. Baker is a veteran to this event.

Lawyers and college students alike shared the slope at Montana Snowbowl hours after sunset on Jan. 23. The skiers were part of Missoula’s 35th-annual Telemark Evening Dual Slalom Race Series, in its third week of competition.

Esther Delsordo, a sophomore at the University of Montana, said the telemark race hooked her when she first tried it.

“It’s stylish as hell and you get to really feel the mountain,” said Delsordo. “You have to try harder to make the turns. It is really exhilarating.”

Delsordo has only telemarked for two months, but she committed to continue racing for the rest of the series, which lasts until Feb. 6. The race is also the first time she has skied at night.

“I’ve never done it before. I like it especially when the stars come out,” said Delsordo.

The telemark race, which has been a part of Missoula ski culture since 1983, is the oldest race series of its type in the nation. Part of the reason it holds this has to with how rare telemark skiing is.

Telemark skiing is a technique that combines downhill skiing with Nordic cross- country skiing. While normal skiers lock their boots to the ski binding at the toe and the heel, telemarkers only lock in the toe.

The heel is then wrapped by an elastic band, which allows the skier to take the boot off the back of the ski when turning. The movement of the heel makes the skier turn in a deep lunge.

“The beauty of the tele is that it has an amazing turn,” said Hayden.

Hayden, a 15-year veteran of the race, said that the age of the racers ranges from 16 to 64 years old, with half a dozen college students braving the cold Snowbowl nights.

Unlike Delsordo, most skiers have been doing the Missoula Telemark for years.

“I started a long time ago, but I stopped for a while when I had my kids,” said racer Ali Dupuy. “I just got back into it five or six years ago.”

During the race, competitors launched into Snowbowl’s Sunrise Bowl hundreds of feet above the finish line. The skiers, paired in groups of two, weaved in and out of flags as fast as possible. At the bottom, a small group of fans and other skiers who braved the cold cheered the racers on.

“The community is great. Everyone is out here having a good time,” said Delsordo.

According to Hayden, the tele-race shrunk as more people focused on alpine or cross-country skiing. Nonetheless, about 50 dedicated skiers participated in the race series at Snowbowl.

“It’s all about the comradery,” said Dupuy. "Showing up in leather boots and laughing your ass off, it is the best ever.”

The coronavirus pandemic altered life for everyone at the University of Montana, and online classes for arts students have come with a lengthy set of challenges, according to musical theater majors. Read more

Stevio Dong watched a couple of friends leave for their home countries after the University of Montana decided on March 12 to move classes online. Dong is from China and decided to stay in Missoula, even as COVID-19 cases escalated across the United States. He and other students would like t… Read more

ASUM suspends most in person operations due to COVID-19

Student groups are being discouraged from traveling or meeting in person for the rest of the semester, as the Associated Students of the University of Montana (ASUM) adjusts its operations to respond to the spread of COVID-19.ASUM is asking groups to suspend nonessential meetings and to not … Read more