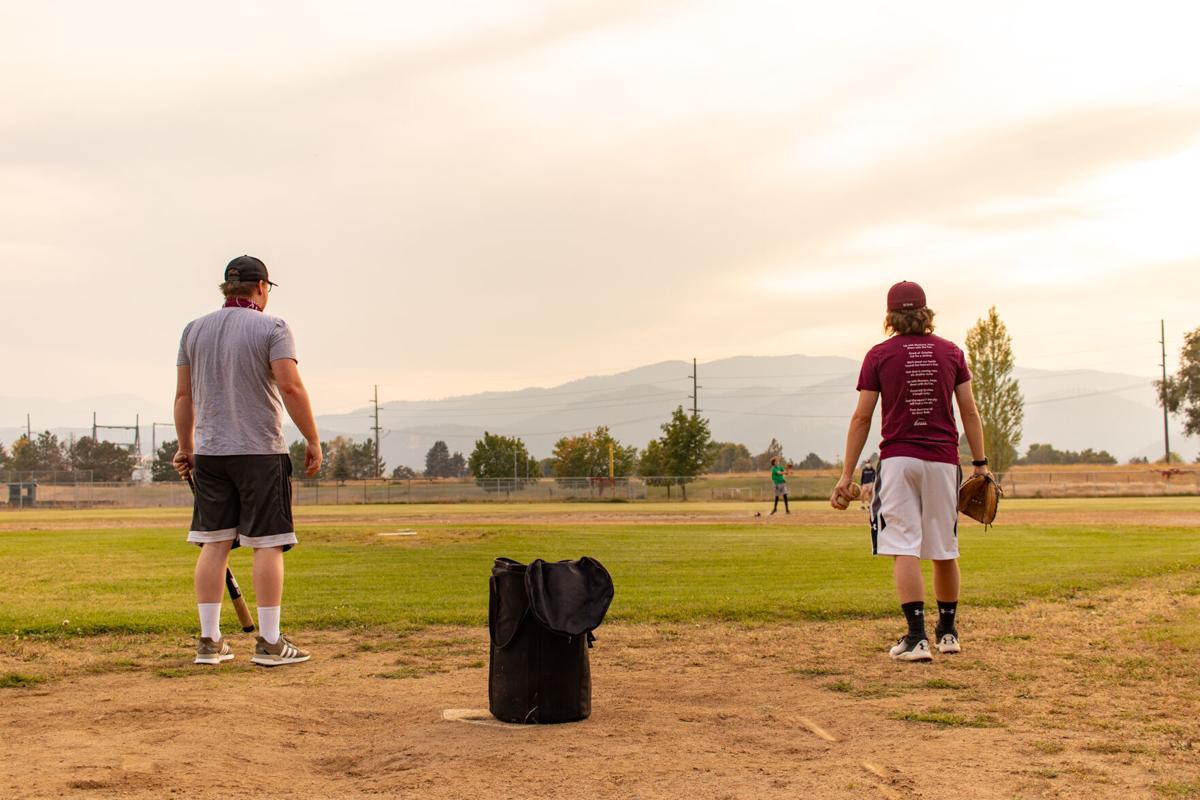 Coach Nick Rackley and team captain Kennedy McKay hit grounders during practice. Rackley said that during a normal season, recruitment revolves around networking and connection among students, but due to COVID-19, the recruitment season is much shorter than usual. 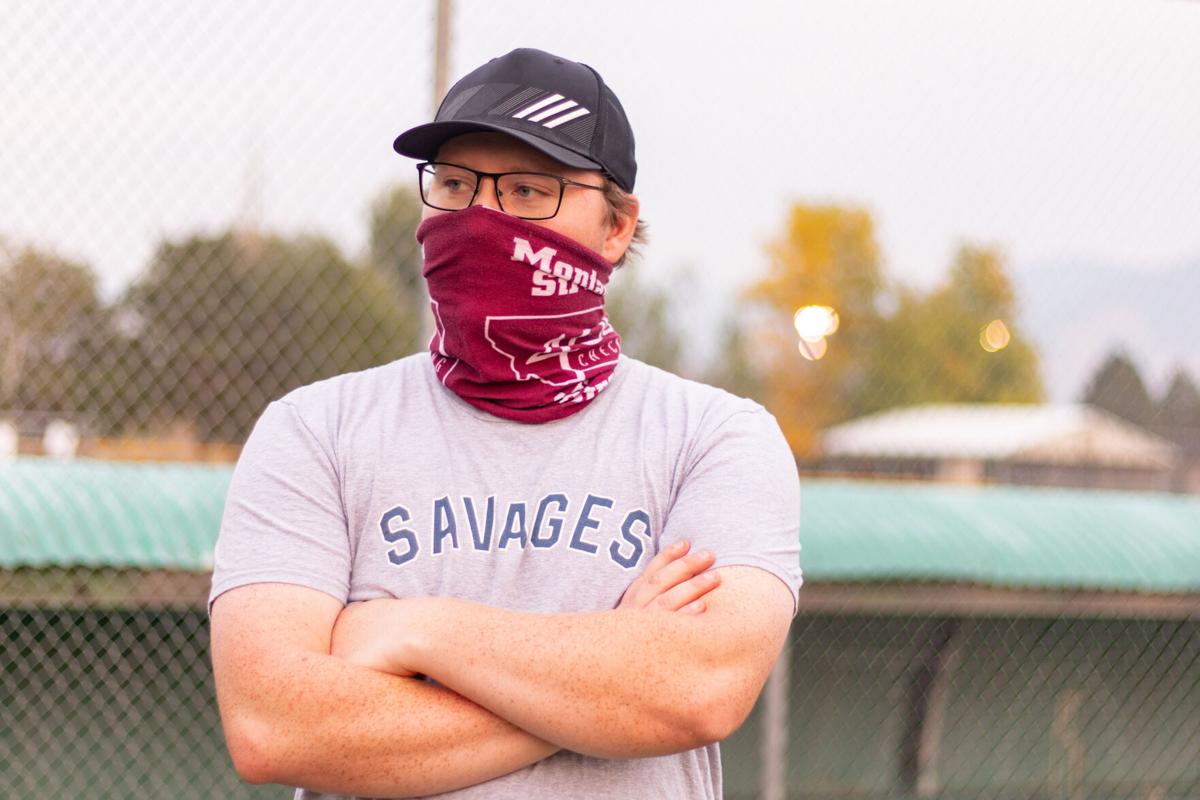 Coach Nick Rackley at a socially-distanced practice on September 23, 2020. The team wears masks, uses hand sanitizer and socially distances to keep their 10 team-members safe during practice. 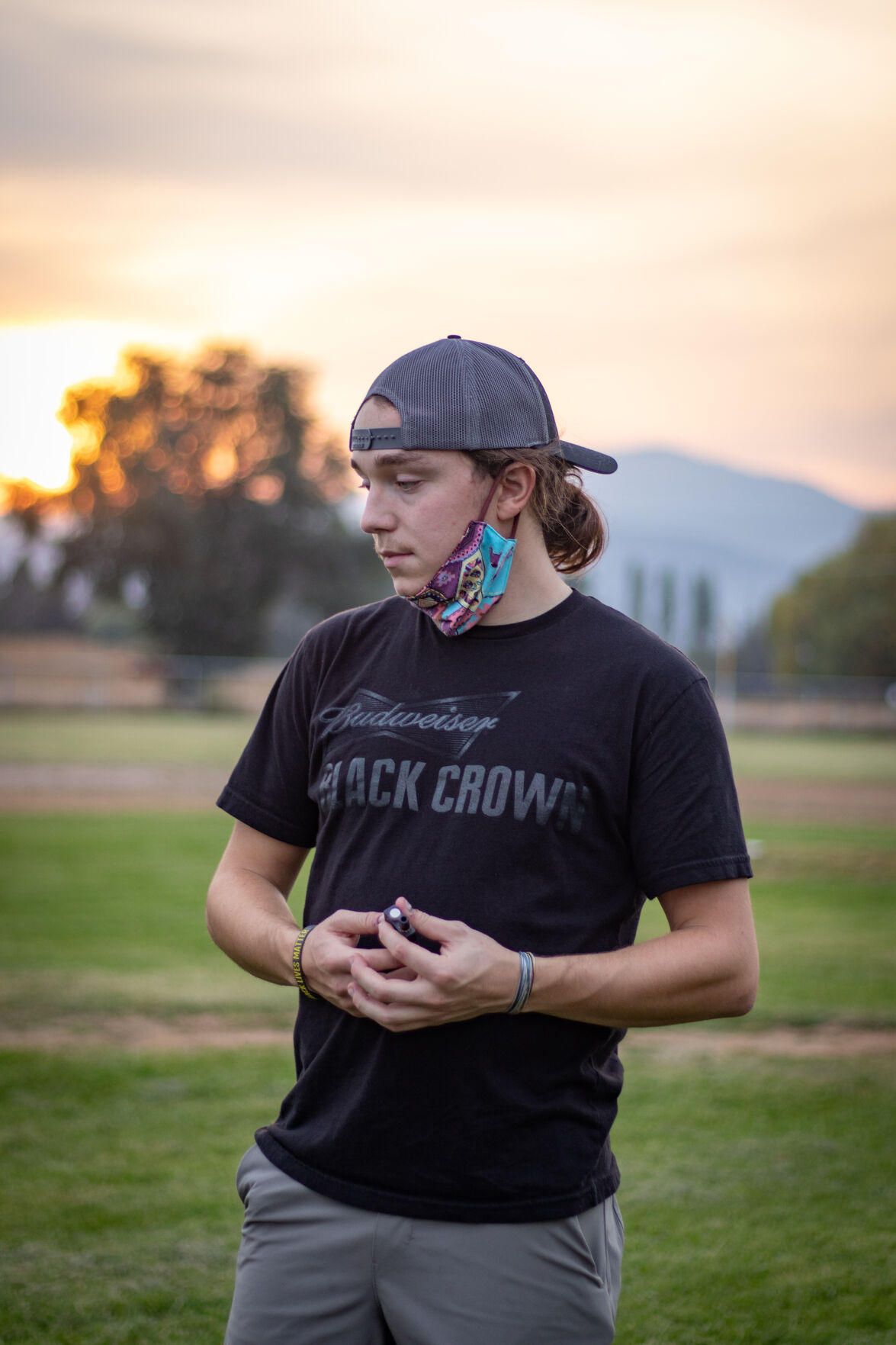 University of Montana Grizzly Club Baseball team captain Kennedy McKay on the field during practice on September 23, 2020. McKay began his second season with the team this year.

Most baseball teams have nine players on the field and a dugout full of backups, the University of Montana Grizzly Club Baseball team has a skeleton crew of 10 players total.

“We’re just out here, playing some baseball with the boys, trying to stay safe, keep with the precautions,” Kennedy McKay said, the president of the UM’s Grizzly Club Baseball team.

McKay can often be seen joking around with his teammates as he touts a colorful face mask.

The UM baseball team is one of the few club teams still practicing during the pandemic. Practice includes masks, hand sanitizer and social distancing, which isn’t hard for the 10 players in the sea of grass and sand.

But the team hasn’t been immune to the effects of COVID-19 this year. Since there are no scholarships for club sports and kids choose to play once they arrive at school, fall’s “recruitment season” is drastically shorter than usual.

Head coach Nick Rackley said that in a normal year, recruitment revolves around networking and connection among students on campus in a variety of methods. These include hanging up posters and attending the Griz welcome event.

“We’re hoping to pick up a few more before the end of fall, maybe a couple in the spring if we can start getting some more classes back on campus,” Rackley said.

Rackley also said that often once a player joins the team, he recruits friends and roommates who also play baseball.

The UM baseball team is a part of the National Club Baseball Association. Rackley said that, as of right now, the association plans on the season on time in February.

“We play in the spring, so we’re pretty optimistic that we’re gonna have a season,” Rackley said.

Griz baseball is in the Northern Pacific East conference with Boise State, Idaho State, Utah State, Weber State and Montana State. None of the teams in the conference have backed out of the upcoming season yet.

Other club sports on campus such as lacrosse and ultimate frisbee, have experienced a delay in season, but have continued practice through the fall.

The baseball team is made up of former American Legion players and a couple of transfers from different colleges, according to Rackley.

Rackley took over the head coaching position in the spring of 2018. He played Legion in high school and a year of baseball at junior college in Washington before transferring to UM and playing his last three years here. The year after he graduated, he joined the coaching staff to help take some of the weight off his predecessor and gained the head coaching position not long after.

Rackley said that the year before he played was the last time that 30-man rosters were the norm.

“Since I started playing and coaching it’s been between 12 and 15 guys, a really tight-knit group,” he said.

The closeness of the small baseball team is put on display as the practice wraps up. McKay jokes with a teammate about how bad one of his teachers is. A few players compete to see who can shoot the most baseballs into a bucket. Rackley invites the whole team to a dinner at Applebee’s.

McKay said he is not worried about the future of his team. “Until we can’t play, we’re gonna keep playing.”