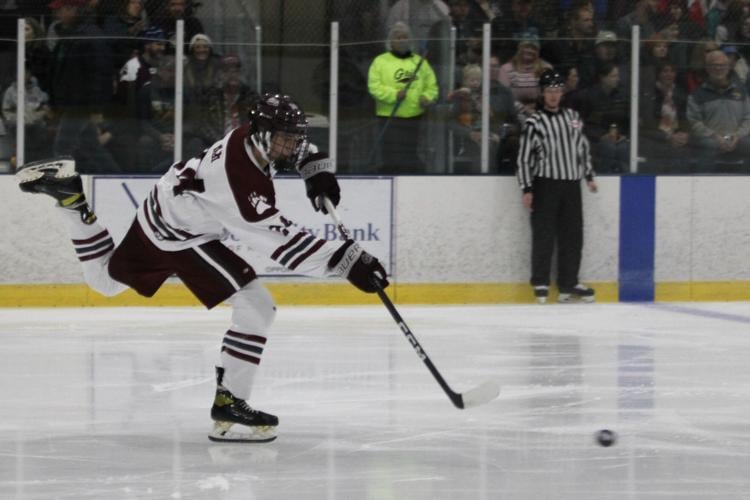 Griz hockey defenseman Teag Wagner passes the puck in the Griz's first game of the season at Glacier Ice Rink on Sept. 30, 2022. 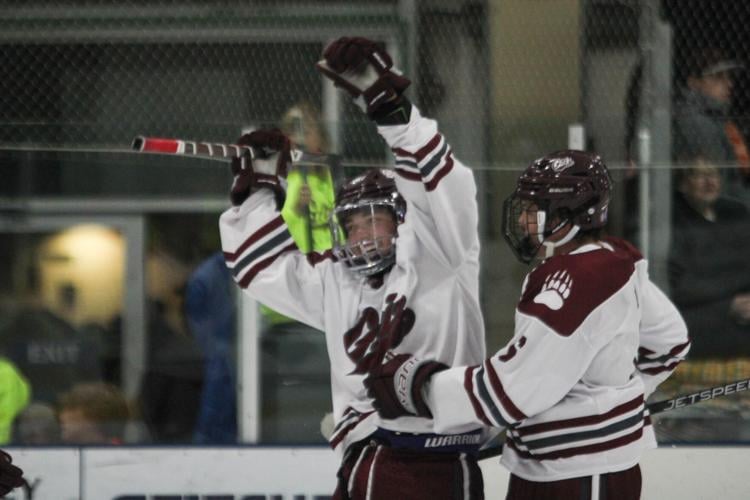 Parker Todd celebrates after scoring the final goal of the night, bringing the score to 17-1 with just 28 seconds left in the game. 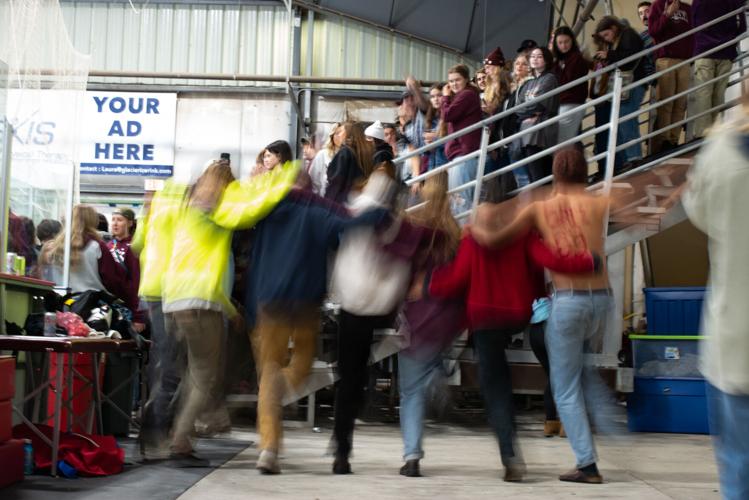 Griz fans and event staff come together to dance to Cotton Eye Joe during the game. 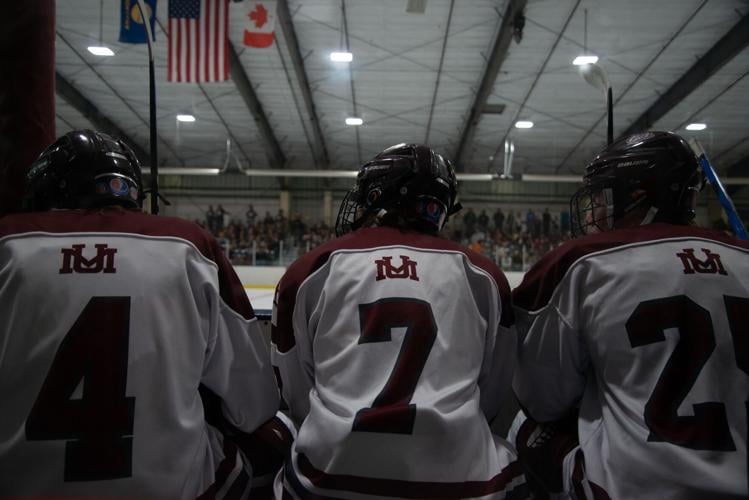 The Griz players watch from the bench as their team dominates the Idaho Vandals. 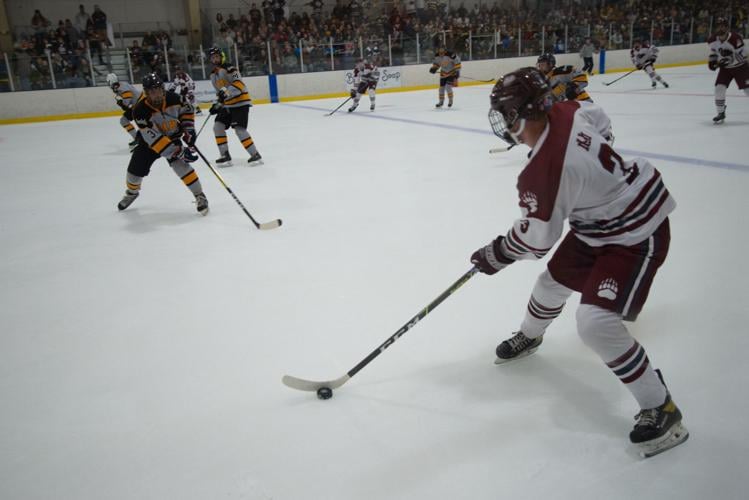 #3 handles the puck as an Idaho Vandal sets up for defense.

Montana Griz hockey returned to Glacier Ice Rink with a bang for its first game of the season on Friday, Sept. 30, coming out with a 17-1 win against the University of Idaho Vandals. Forward Max Troijala kicked off the scoring just three and a half minutes into the first period. Troijala went on to finish the game with two goals and two assists in the first period. The Griz scored three more times, going into the second with a score of 4-0. The Vandals came out in the second ready to put up a fight, scoring a minute into the period. But the Griz pushed back. Henry Morrison scored the fifth goal just two minutes later. An Idaho penalty led to a power play goal for the Griz by Pablo Frank just before the six-minute mark. Two more Griz goals finished out the second period with an 8-1 score. The Griz dominated the third, shutting out the Vandals for the rest of the game and finishing strong with 9 more goals in the period, bringing the final score to 17-1. Dylan Ferreira had three goals, the most for the Griz. Griz hockey will be back in Glacier Ice Rink on Oct. 7 and 8 for a series against Western Washington University.